'As a queer, trans and Afro-Indigenous woman, I believed that I could never be a representative of Black liberation' 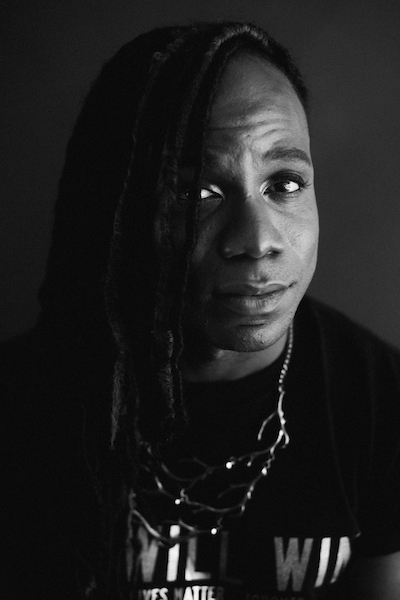 On June 19,  Black Lives Matter Toronto (BLM-TO) painted the words “defund the police”, accompanied by the names of those murdered by police in Canada—Andrew Loku, Jermaine Carby, DeAndre Campbell and more, in front of the Toronto Police Service’s headquarters in bright pink letters.

We wanted to make clear that what the communities of Black people and people of colour are asking for is the reallocation of funds into programs like Crisis Intervention and mental health support teams, civilian conflict resolution services, and community-run health centres that benefit and support the communities most devastated by the Toronto Police Service.

On July 18, BLM-TO held an art demonstration that involved painting and stencilling three racist statues in pink. The action was part of a greater call to defund the police and dismantle monuments representing white supremacy, colonialism and violence in this country. As a result, three protestors were arrested and held for a number of hours by the Toronto police. The community quickly responded with a “free the three” rally held in front of the Toronto Police Service’s 52nd division until our comrades were released.

MORE: What Americans tend to get wrong about racism in Canada

We held a news conference the next day at Ryerson University calling for the defunding of the police. I was standing with BLM-TO team members and elders, staring out at the press who were hungry for a story but were not attentive to the weight of its content.

In rage, hyperventilating, and on the verge of tears, I took the mic. The statue of Egerton Ryerson was behind me, drenched in pink. I stepped forward and shared what was on my heart. I needed people to understand that we had tried everything—that we had appealed to every aspect of white humanity through books, essays, TED talks, plays, music and protests. Still, we are murdered, while sleeping like Breonna Taylor or while out buying Skittles like Trayvon Martin.

Through my speech, my intention was to connect the monument behind us with arguably the biggest societal monument of anti-Blackness—the Toronto Police Service. We must disarm, dismantle, demilitarize, destabilize and defund the police. Cops don’t prevent crime, they cause it, through the ongoing, violent disruption of our communities. They don’t stop gender-based violence or de-escalate conflict, in fact they often escalate situations during wellness checks, resulting in deaths of human beings like Regis Korchinski-Paquet.

Police abolition work is not about snapping our fingers and instantly defunding every police department in the world. Rather, we’re talking about a gradual process of strategically reallocating resources, funding and responsibility away from police and toward community-based models of safety, support and harm prevention.

There have been numerous attempts by BIPOC activists to reform the police—inclusion and diversity seminars, petitions, community consultations, art demonstrations such as flash mobs, and everything else we could think of, in order to get commitment and implementation of police oversight and safety for all Black people.

I grew up idolizing Black liberation movement heroes we all know—Martin Luther King Jr., Malcolm X and Rosa Parks. As a child, I dreamed of being like MLK. It would be 29 years before I learned of Marsha P. Johnson, Sylvia Rivera and Bayard Rustin, the Black, trans and queer agitators who made the gay and civil rights movement possible. Their intentional erasure from mainstream media reinforced the fact that I was no civil rights leader.

As a young, pansexual, queer, trans and Afro-Indigenous woman, society made me believe that I could never be a representative of Black liberation. I didn’t look the part—too queer, too trans, too soft of a voice—to command attention and lead. Every representation of trans people in the entertainment industry showed us as dangerous, crazy, perverts and liars, from Hitchcock films to contemporary movies like The Crying Game.

I have struggled with loving myself and my voice since I was in kindergarten. As a kid, my favourite colour was pink. I was shamed  for my love of this beautiful colour, and instead encouraged to embrace hues of blue. To me, the colour pink represents life—vibrant, bold and free. There is a reason pink is woven into the trans flag; its hue is unmistakable and unapologetic.

As I sit here reflecting on that moment in front of Ryerson University, that moment of unplanned honesty which has now been shared with over three-million people, my dark-skinned., Afro-Indigenous, two-spirit trans self and the five-year-old dreamer who remains inside me, is smiling. It was my soft voice, my cadence and delivery that finally caused people to listen.