As Donald Trump undermines NATO, what can Canada do?

Terry Glavin: A new analysis says Canada should keep its troops in Latvia, but the unraveling of the transatlantic relationship poses a momentous challenge 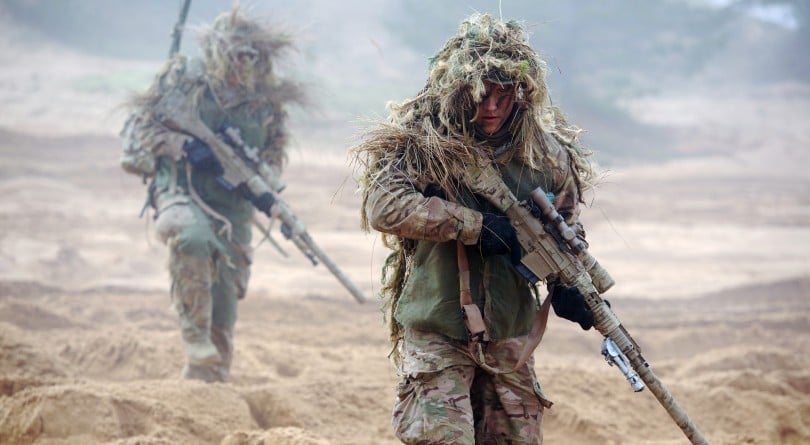 Now that U.S. president Donald Trump has invoked “national security” to slap tariffs on steel and aluminum imports from Canada, Mexico and Europe, and called for Russia’s Vladimir Putin to be readmitted to the G7, the 70-year-old North Atlantic Treaty Organization, already the object of Trump’s contempt, is looking shakier than at any time since the end of the Cold War.

With the Kremlin’s persistent efforts at undermining western democracies, a special counsel investigation probing the Trump team’s shadowy connections with the Kremlin during the 2015 U.S. presidential campaign, and the July 11-12 NATO summit in Brussels fast approaching, the alliance is facing an existential dilemma.

It’s bad enough that Turkey, NATO’s second-largest military power, continues to lurch out of the orbit of the alliance’s liberal democracies. The re-election of the neo-Islamist Recep Erdogan in a dubious state-of-emergency election over the weekend guarantees that Ankara will continue to degenerate into the ever-deeper dysfunctions of a strongman state. But when the United States spins out of control, it really matters.

The U.S. has long served as the preeminent military power in the 29-member NATO alliance. Trump continues to reprimand America’s traditional allies for their low levels of military spending, even as he persists in reminding them, noisily and aggressively, that he’s uninterested in carrying the burden of NATO leadership in the first place.

Everything hinges on Trump getting around to deciding whose side he’s on, and it’s in the Baltic States and Poland that NATO’s future hangs in the balance.

A 450-strong Canadian Forces contingent leading a multinational force in Latvia is at the forefront of NATO’s “Forward Presence” tripwire operation in the Baltic states and Poland, mobilized to guard against Russian belligerence. The United Kingdom is taking the lead in Estonia, Germany is in charge of the NATO forces in Lithuania, and the United States is heading up operations in Poland—at least for now. In what would amount to a crippling end-run around NATO, the Polish defence ministry has floated a proposal to U.S. lawmakers that would involve the Polish government spending up to $2 billion for a permanent American armored division in the country.

While not strictly a “NATO mission,” the multilateral enhanced Forward Presence (eFP) operation was decided upon at NATO’s 2016 Warsaw summit as part of the alliance’s response to Russia’s surprise annexation of Crimea in 2014 and its invasion of Eastern Ukraine—the first European cross-border military encroachment since the Second World War.

READ MORE: How NATO is getting serious about Russia

Evicting Putin from what was then the G8 was just part of a suite of measures that included sanctions, asset freezes and travel bans, but Trump is clearly not committed to Putin’s continued isolation. “They should let Russia come back in, because we should have Russia at the negotiating table,” Trump said on the eve of the G7 summit in Charlevoix. “It may not be politically correct, but we have a world to run.”

Trump’s commitment to NATO itself is questionable—in an interview with European journalists last year, Trump called the alliance “obsolete.” Just how committed the Trump administration is to the Forward Presence military operation is very much a matter of debate, too.

Following the debacle of Charlevoix, Trump carried on to Singapore, where he concluded a meeting with North Korea’s Kim Jong-un by adopting Pyongyang’s propaganda line that the United States’ decades-old joint military operations with South Korea are “war games” and an unnecessary provocation. An American break with NATO solidarity in Europe is by no means off the table.

In an in-depth analysis of the predicament Canada faces in its Latvian commitment published today by the Macdonald-Laurier Institute, a renewal of Canada’s participation next year is not a foregone conclusion. It all depends on what Trump does next, and what Putin does after that.

“America may well retrench from NATO-enabling commitments in Europe, especially those Russia has long deemed an affront, the eFP first and foremost among such ‘provocations’,” the analysis concludes. Authored by Royal Military College professors Christian Leuprecht and Joel Sokolsky, and NATO Association of Canada research analyst Jayson Derow, the Macdonald-Laurier Institute study casts doubt on whether NATO could survive an American abandonment of the Baltic states.

“President Putin knows that if he can overcome the American commitment to be the cornerstone for NATO’s framework of conventional deterrence, the Alliance would face a long war to recover the Baltics and many Western leaders would surely lack the resolve to confront such a war effort,” the analysis concludes. “The errors of the EU in responding to its migration crisis, European NATO allies’ enduring war in the Middle East, and the U.K.’s contentious Brexit vote, have given rise to states that are too politically divided and militarily cautious to act as effective first responders in the event of a crisis.”

It’s as though history is marching backwards, with Putin leading the way. Putin has been explicitly nostalgic about the days of the Soviet Union, and has gone so far as to defend the Molotov-Ribbentrop alliance between Nazi Germany and Soviet Russia. It was on June 17, 1940, while still allied with Adolph Hitler, that the Soviet Union’s Josef Stalin’s ordered the invasion and annexation of Latvia, Lithuania and Estonia in an occupation of the Baltic states that continued for more than 50 years.

Shaken by the fall of the Berlin Wall in 1989 and by the anti-communist upheavals in Russia, the Soviets attempted to reassert control of the Baltics by sending in troops. But after dozens of civilians were killed, and facing unilateral, popular declarations of independence in all three countries, the Soviet troops were withdrawn. The last Russian soldier left Latvia in October, 1999.

Along with the formerly Soviet-controlled Eastern European states of Bulgaria, Slovakia, Romania and Slovenia, the three Baltic states joined the NATO alliance in 2004 in what Putin has called an unpardonable provocation. If Trump comes around to seeing things Putin’s way, the damage from an American departure from the Forward Presence effort wouldn’t be confined to its implications for Baltic security. “Rather, it would mark the beginning of America abandoning the transatlantic relationship—one of the central pillars of Canadian defence and foreign policy—and consequently the fulfillment of ‘America First,’” The Macdonald-Laurier study contends.

Canada would face a momentous decision: not just to stay on in Latvia or leave, but how to redouble the long-term military spending commitments Prime Minister Justin Trudeau outlined last year—a 70 per cent jump to $32.7 billion 10 years down the road. It was Barack Obama’s administration that convinced NATO members in 2014 to commit to military spending equivalent to two per cent of gross domestic product. That commitment, too, was partly a response to Russian aggression.

Canada should stay on in Latvia, the MLI analysis asserts. But that might be a hard sell when Canada’s term comes up in Latvia in 2019, an election year. The Canadian Forces have not completely wound down their operations in northern Iraq, and just this weekend, Chief of the Defence Staff General Jonathan Vance and a team of Canadian Forces personnel arrived in Mali to begin planning the arrival of 250 Canadian soldiers and eight helicopters in a long-awaited United Nations peacekeeping mission. If things go badly in Mali, there would be little Canadian resolve to carry on with a military engagement in Latvia.

As a staunch supporter of NATO who brooks no tolerance of the Kremlin’s belligerent intrigues, Chrystia Freeland’s bona fides are impeccable. But if push came to shove in the Baltics, Canadian public opinion, and Freeland’s own cabinet and caucus colleagues, may not be so reliable.

Freeland’s immediate predecessor, Stephane Dion, was counselling rapprochement with the Kremlin long before Trump was elected. Dion was also dead set against the initiative that led to Parliament’s adoption of a “Magnitsky law” last October. Inspired by the case of Sergei Magnitsky, the Russian lawyer who died in a Moscow prison after exposing a massive tax-fraud scheme linked to senior Russian officials, Canada’s Justice for Victims of Corrupt Foreign Official Act allows Ottawa to freeze the assets of foreign human rights abusers. The Act matched similar legislation in the United States and the United Kingdom.

Canada has proved it is not afraid to stand up to Russian bullying. But doing so with jittery and reluctant European allies, and without the full backing of the United States, is not something Canada can be counted on to do.