At startups, burnout is as common as communal workspaces

Erin Davis: Unlike our parents’ generation, many millennials who work at startups have sadly never had health benefits 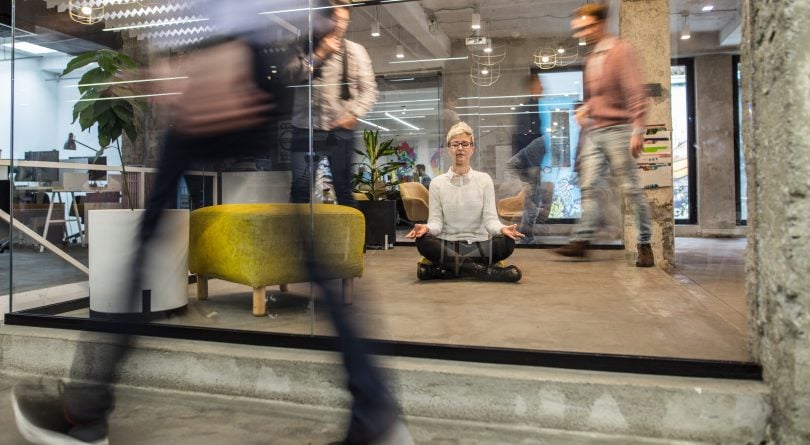 According to the findings, for each dollar spent on mental health-related initiatives, the median ROI is $1.62 by the third year after mental health-related activities are launched, and it only increases over time. Companies that had mental health programs in place for three or more years experienced a median annual ROI of $2.18. The math is simple: mentally healthy employees equals lower medical costs, lower rates of absenteeism and higher productivity.

This equation remains an ever-relevant one; debilitating mental health-related issues directly affect the daily grind—that is, if those suffering make it into the office in the first place. On any given day, 500,000 Canadians are unable to work due to mental health issues. The reality is that a growing number of Canadians are stressed out. A study released earlier this year by Morneau Shepell Ltd. found that more than one third of employees reported that they are more stressed now from work (35 per cent) and personal issues (36 per cent) than they were five years ago. Between our “always on” culture, a heated political landscape and sky-high living costs in cities like Toronto and Vancouver, the struggle has become very real for some.

MORE: The Canadian tech startups that could be the next billion-dollar breakouts

The bottom line is that prioritizing employee mental health is no longer a nice, warm and fuzzy idea, but an overdue necessity. It can mean anything from health spending accounts and flexible benefits packages (i.e. a departure from a “one size fits all” approach of the previous generation), to offering gym memberships, free healthy lunches and regular in-house wellness programming. Of course, massive companies like the aforementioned Air Canada, Bell and CIBC have dollars to drop for the cause. So does Manulife, who made headlines in 2017, when the company announced it would increase employee mental health benefits tenfold, allocating up to $10,000 per person per year.

Here’s the problem: Canadian cities have a growing startup culture. Many of today’s small business owners can’t afford to offer their multi-hat-wearing employees (see: “contract workers”) elaborate workplace wellness programs, let alone employee benefits for things like therapy sessions or monthly massages. Unlike our parents’ generation, many millennials who work at startups have, sadly, never enjoyed health benefits as part of the job description. It’s these high-velocity and aggressively competitive startups, however, that can take a major toll on employee mental health. The pressure and perpetual connectivity can consume and exhaust, leading to everything from anxiety and insomnia, to one too many glasses of wine on a Monday night. I’ve been there. My friends have been there. Some still are there. In startup culture, burnout is as common as communal workspaces.

I speak for anyone who has ever worked for a startup: if you can afford it, invest in employee benefit plans. As someone who has rarely experienced this perk, take my word that it helps in the employee retention department. Consider where it makes sense to cut costs in exchange for happier employees and subsequent long-term gain. If benefits packages are truly out of the question, business owners should at the very least facilitate a culture that encourages an open dialogue about mental health and wellness; a culture that promotes balance and wellbeing rather than clocking in as many hours as humanly possible and inhaling a hurried lunch in front of a computer screen. Instead, mini mental health breaks—to walk, meditate or even take a power nap—should be encouraged. Frankly, if an employer doesn’t offer benefits, it’s the least they can do.

Flexible office hours and the ability to telecommute from home can also have a significant impact on employee morale. Earlier this week, Microsoft Japan tellingly reported a 40 per cent increase in employee productivity after experimenting with a four-day workweek. Furthermore, a Stanford study found employees who work remotely to be 13 per cent more productive than their in-house counterparts. In hectic, traffic-ridden cities like Toronto, the daily commute can be anxiety-inducing enough to make sad days—the days when putting on a brave face for coworkers may seem impossible—worse.

At a workplace that embraces wellbeing, employees should feel supported and safe to activate their “Out of Office” autoreply and take a mental health day to address their own needs rather than emails and spreadsheets. On that note, startups should allow employees sufficient time and consideration in the event of the death of a loved one. A mere couple of days off in the wake of a family death—during which time funeral logistics and an influx of relatives can distract from the crushing reality—isn’t enough. Understanding that human resources are limited in a new startup, following Facebook’s lead with a 20-day paid bereavement leave is probably unrealistic. But allowing grieving employees to work remotely or ease their way back to the office will only help business in the end. Nothing will foster employee resentment more than an insensitive boss in times of crisis (yes, I’ve been there, too).

Finally, introducing wellness-focused programming doesn’t have to break the bank. Hiring a yoga instructor for an hour-long in-office session will cost the same amount as buying your team another round of drinks at an after-work hotspot. Allowing dogs in the office (something that Amazon and Google both do) is also proven to enhance feelings of social support. Another simple idea is to conduct anonymous mental health surveys to both recognize any internal shortcomings or concerns and hold employers accountable to mental health commitments. It really comes down to priorities. Morals aside, an investment in mental health is clearly a savvy business move if you’re in the market to make money.

A 2016 World Health Organization (WHO) study estimates that depression and anxiety disorders cost the global economy $1-trillion USD annually in lost productivity. For startups that already face the challenge of fewer resources and employees compared to a larger company, the impact of employee stress and depression on productivity is particularly damaging when a down-and-out co-worker puts pressure on an already lean teams. Whether it’s mental or physical, unhealthy employees aren’t helpful to anyone.

It’s the cost of doing nothing that business owners should worry about, regardless of the size of their business. Frankly, they can’t afford to ignore it.