At the Invictus Games, not all veterans are winners

Opinion: A veteran on how celebrating the sporting achievements of a few allows Canadians to forget about the plight of thousands of other former servicepeople 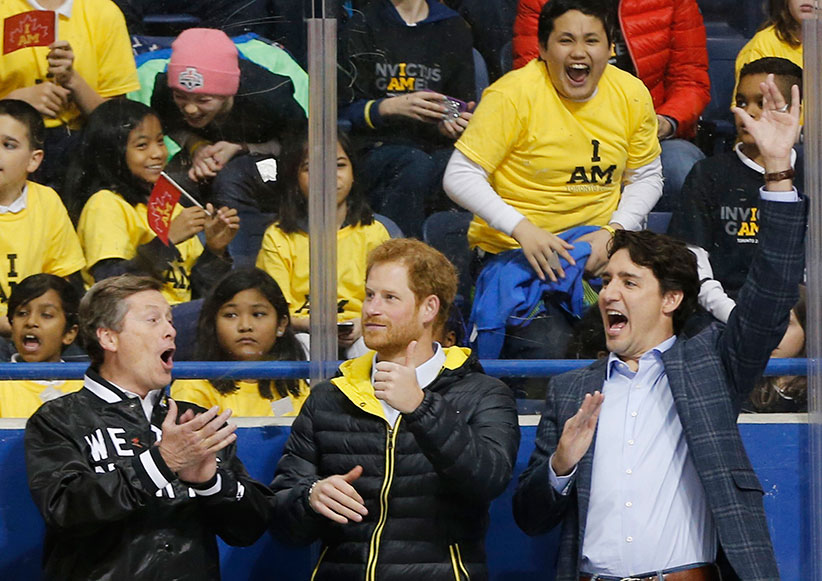 Sean Bruyea is a veteran of the first Gulf War. He has been writing and advocating on behalf of disabled veterans and their families for nearly two decades. The federal government’s violation of his privacy made national headlines in 2010.

I am a veteran with disabilities, and I have a tough time with the Invictus Games.

The participants’ determination and perseverance as they perform their feats of strength and speed are admirable and inspiring for many—just not for me. Mine are far more humble aspirations. Every morning is a psychological melee, as I try to clear my head of the previous night’s sweating, jaw-clenching, anxiety-ridden, sleeplessness-inducing assault by nightmares far more lucid than most of my waking minutes. I limp from bed, struggling to dress myself as I suppress the pain from fibromyalgia, a chronic inflammation of muscle and tissues that I’ve suffered for 25 years.

The next round of the Invictus Games starts in Toronto next week, and will involve 550 participants from 17 nations competing in 12 parasport categories. Their goals are easily laudable: developing a sense of belonging and increased self-esteem, finding an outlet for excess energy, fostering a sense of camaraderie among wounded service members, and experiencing an improved quality of life.

But the daily reality of many of the thousands of Canadian veterans with life-disabling military injuries is far removed from that of the 90 injured soldiers who will represent Canada at the games. Some 5,000 are so disabled as to be unemployable, while 14,000 suffer from chronic post-traumatic stress disorder. These veterans have concerns far more immediate than competing in athletic events.

Most mornings, I muster the concentration to drive my bright-eyed five-year-old son to daycare and my preoccupied wife to the bus station. Then I move on to another day of specialists and therapists trying to diagnose or treat the injuries and infections that are the result of my system operating on overdrive for a quarter of a century. Moving between their offices, I often feel lost, afraid, and alone. I’m not the only one—research shows, a large proportion of injured veterans have a tough time developing a sense of belonging.

It’s likely that at no point in the last 70 years have proportionally so few Canadian families had someone who is serving or has served in the military. Whereas most families in the wake of the Second World War understood military service personally, many Canadians today have little grasp of the extreme demands it places on those who serve.

Based on the popularity of events like the Invictus Games, there would seem to be no shortage of compassion and support for individual Canadian soldiers and veterans. True Patriot Love, another charity, has hosted $500-a-plate breakfasts and obtained corporate sponsorships of up to $30,000, money raised for military families and veterans’ transition back to civilian life. The organization has sent injured personnel and “influential Canadian business leaders,” including its executive chairperson who also sits on the board of Invictus Games, on keystone trips to exotic destinations including the North Pole.

There is no doubting the good intentions of those involved in organizing and funding these initiatives, and the big money they raise can help veterans and their families. But their success may have the effect of creating in the eyes of the public an upper class of veterans deemed worthy of understanding and accolades because they are able to accomplish more than most. Or Canadians may choose to wash their hands of “the veteran problem,” because it appears that some charity is doing the work for them. Meanwhile, the government lauds or funds these foundations, giving Ottawa more excuses as it continues to fail to help veterans.

Surely injured veterans who compete at high levels in sporting arenas or complete arduous, once-in-a-lifetime expeditions are heroes. But where does that leave those who cannot accomplish such feats, who live without such inspiration or hope? The feeling that they must achieve something inspiring or noteworthy to have their conditions and experiences recognized just exacerbates their sense of hopelessness and despair. I wage war with my body and mind on an hourly basis, defending my sanity from a barrage of horrific images of self-destruction and inadequacy. Overcoming those challenges is inglorious and hard to celebrate in a newspaper headline, let alone in a sports stadium.

Putting veterans, especially the injured ones, on pedestals absolves you of having to know us as fellow Canadians. It exonerates you from acknowledging our humanity—heroes are not allowed to be vulnerable or open up.  The label can prevent those veterans to whom it is attached from having much-needed communion with themselves and their profoundly painful experiences.

Like most disabled veterans I know, I just want to belong, to feel valued. We need Canadians to spend the time to get to know us, to understand what we lived through and sacrificed on their behalf. We don’t want applause, just mutual understanding and compassion. That way, veterans in turn will be able to understand and engage with those who are showing how eager they are to lend us a helping hand.