B.C. should give up case of 'extinct' Sinixt First Nations

Graeme Lee Rowlands: When it comes to B.C.'s fight against the Sinixt, Lakes people, John Horgan and his government have already lost in the court of public opinion 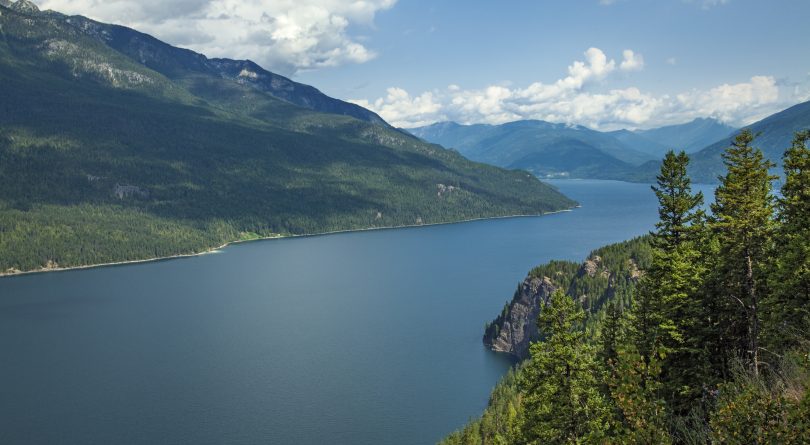 Graeme Lee Rowlands is a researcher and educator focused on the confluence of environmental, social, economic and political issues in the Columbia River Basin.

On Oct. 24, British Columbia unveiled legislation intended to harmonize its laws with the United Nations Declaration on the Rights of Indigenous Peoples (UNDRIP), making it the first province to do so since Canada endorsed the UN declaration in 2016.

On the same day, the Supreme Court of Canada announced that it will hear the province’s appeal of a case it lost in the B.C. Supreme Court and the B.C. Court of Appeal concerning the rights of the Sinixt First Nation, which was falsely declared “extinct” in 1956.

These simultaneous announcements have placed B.C. Premier John Horgan’s government in the dissonant position of championing “a new era of rights recognition, moving away from conflict and court battles” while arguing in court that one of the province’s original peoples have none. To honour B.C.’s groundbreaking movement towards truth and reconciliation, Horgan should direct his Attorney General David Eby to give up B.C.’s case against the Sinixt.

MORE: UNDRIP is a step towards reconciliation

The traditional territory of the Sinixt, also known as the Lakes people, ranges approximately from Kettle Falls in present-day Washington State to the Big Bend of the Columbia River north of Revelstoke, B.C. In 1846, the Sinixt’s ancestral homeland was fragmented when Great Britain and the U.S. established the 49th parallel as the international boundary. In subsequent years, colonial governments and individual settlers worked to push the Sinixt off their land and prevent them from engaging in their cultural practices, including hunting.

Most displaced Sinixt eventually settled on the reservation of the Colville Confederated Tribes in present-day Washington. Others integrated into neighbouring First Nations groups in Canada. Then, when Annie Joseph—the last Sinixt person officially recognized by the Government of Canada—died in 1956, Canada abruptly declared them “extinct.” Five year’s later, with no obligation to consult or accommodate an “extinct” people, B.C. agreed to flood the heart of Sinixt territory in a lucrative water deal with the U.S. known as the Columbia River Treaty.

In 2010, Rick Desautel, a Sinixt man from the Colville Reservation, shot an elk while hunting north of the international boundary. After being charged for hunting as a non-resident and without a provincial license, Desautel took his case to court arguing that he needed no such permission from B.C. to hunt in his people’s traditional territory.

B.C. has since argued unsuccessfully against the Sinixt’s existence in three successive rounds of litigation.

Initially, the province claimed that the Sinixt voluntarily chose to leave their territory north of the boundary, and in doing so, ceded their Aboriginal rights in Canada. This was an insincere argument, which ran against the grain of historical record, and showed striking disrespect for the struggle of Desautel’s ancestors.

More recently, B.C. has focused on arguing that the term “Aboriginal peoples of Canada” in the Constitution Act must only apply to those currently living in Canada (not those present pre-contact) and that interpreting the law otherwise is incompatible with Canadian sovereignty. The province even went so far as to claim that they have “not asserted any jurisdiction over the Lakes Tribe,” which they label a “foreign Aboriginal group.” Rejecting this, the judge noted, “the very act of preventing Mr. Desautel from hunting in the traditional territory is an assertion of sovereignty.”

According to Desautel’s lawyer Mark Underhill, this case is about affirming the principle that “no law, government policy or even international border can erase Aboriginal identity.” Its final outcome may have broad implications for Indigenous peoples across the entire U.S.-Canada border who have been restricted by the colonial division of their traditional territories.

B.C. is correct to identify this as a precedent-setting case, which may force it to deal with many complicated issues in the practice of governing. But that’s no excuse. In his speech announcing B.C.’s UNDRIP legislation, Premier Horgan quoted Grand Chief Stewart Phillip to remind the audience that “reconciliation is not for wimps.”

It’s time for B.C. to take its own advice and shift its efforts from litigation to reconciliation.

If the province is still arguing against the Sinixt’s existence when they get to the Supreme Court of Canada next spring, it will raise serious questions about the integrity of B.C.’s brave new declaration. Until then, it’s up to us to let Premier Horgan and company know that, in the Desautel case, they’ve already lost in the court of public opinion.