Be very glad about how tedious all that was

Scott Gilmore: Democracy is not a default position—there are fewer democracies and less press freedom than there was just a year ago. We need to be continually grateful for this headache of elections. 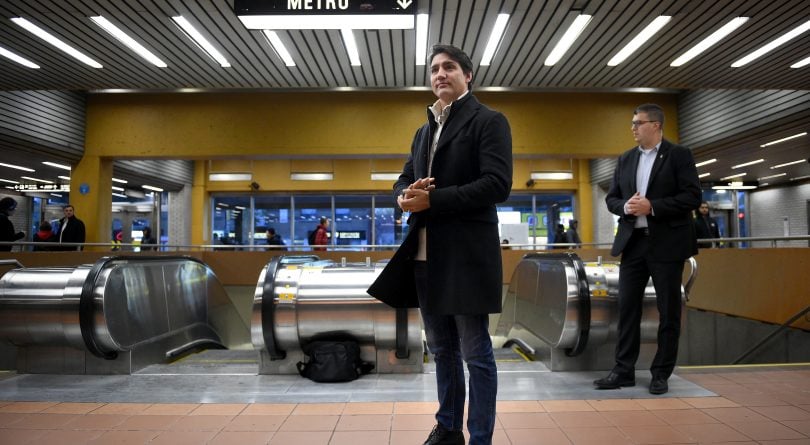 Now that the shouting is mostly over, now that the projections have become results, can we all take a moment to appreciate what just happened?

We treat elections like necessary evils. We moan about the quality of the candidates. We roll our eyes at their promises. We gripe about the scandals. We hold our nose and cast our vote. And then we turn back to our lives and try to ignore the bastards for another four years. In other words, we are among the luckiest humans to have ever lived.

For most Canadians, democracy is all we know—it is the default condition. This is not the case for the majority of the planet’s population. According to the Freedom House, an independent watchdog that monitors the state of democracy around the world, only 40 percent of humanity is allowed to participate in free and fair elections.

Nonetheless, we have to squint to see the connection between our votes and how we are governed. Most Canadians cast a ballot for a losing party. And most Canadians believe their representatives in Ottawa are not paying sufficient attention to their needs. There appears to be no obvious link between our ballot and the laws passed in Ottawa, or between those laws and our quality of life. But for most people around the world, it is far too easy to see the stark truth that they have no choice about who rules them and how they do it. They live and die completely at the mercy of others beyond their control.

And, once our elected Members of Parliament trek off to Ottawa to shout and posture, we can still hold them accountable every day until the next election rolls around. We are free to walk into their offices and demand answers. Our angry letters are read and responded to. And our journalists are free to reveal what our politicians do and what they don’t. Remarkably, the World Press Freedom Index indicates that this is true for less than one quarter of the globe.

We are also almost entirely free to run for office ourselves, regardless of our gender, our race, or our political affiliation. That may seem like a baseline right, that every citizen should be free to step forward and say “Vote for me.” But in most of the world, this isn’t true.

Perhaps most importantly, this election, like all of our elections, was free of violence. The fact that there was apparently a threat made against the Prime Minister was big news. Which, perhaps, should not be surprising when you consider the last federal politician to be assassinated in Canada was in 1880.

In fact, the most powerful proof that we are so blessed as a nation is that our politics are so painfully boring — because drama requires high stakes and high stakes require risk. And, there appears to be no risk. No one expects the country to fall apart the day after an election, regardless of who is elected. There will be no rioting, no pogroms. We will not break apart or invade someone else. We will argue and bicker about this policy or that, but we will not do it with guns or knives.

But, that is a profound assumption. History has a habit of surprising us. And progress does not march relentlessly forward. Both Freedom House and the World Press Index found there were fewer democracies and less press freedom than there was just a year ago. Just south of us a constitutional crisis is unfolding that arguably threatens to tear the country apart. And even here some Canadians are losing their religious freedoms, while others purposefully spread false information and seek to surreptitiously destroy other parties.

If we want to ensure we can continue to endure these tedious, boring, and aggravating elections, if we want our children to moan about their choices and sneer at their politicians, then we need to appreciate just how wonderful and precious a thing that all is. We need to be continually grateful for this headache—may we ever suffer so.