Brexit is done. Now it's time to pay the price. 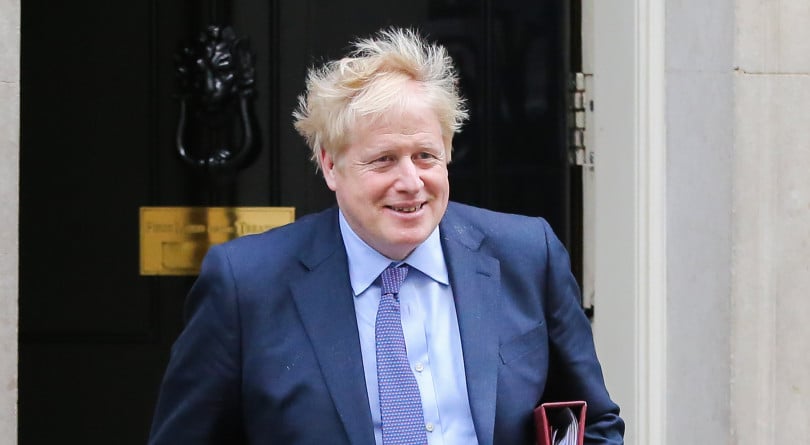 For three and a half years, the United Kingdom has spoken about little other than Brexit. But the din quieted down considerably on Jan. 31, 2020, when Britain slid out of the European Union. Brexit is finally done.

At least that’s what Prime Minister Boris Johnson would like us to believe, despite the fact that Britain’s future trading relationship with Europe remains unresolved. After three plus years of discord Johnson wants Brexit put on the back burner. He doesn’t even want his ministers to say the word. This week the Prime Minister outlined his plans for Britain’s future relationship with the European Union without once saying the word ‘Brexit’.

To hear the U.K. government tell the story, there is nothing but clear skies and smooth sailing ahead. Freed from the EU’s shackle, Britain can now become a free trade champion and, in so doing, reclaim its rightful place as a global leader. It’s time to rule, Britannia.

But before Britain can become that free trading champion and leader it must first erect barriers with the EU, its closest and most important trading partner. And by setting his sights on a ‘Canada-style’ free trade deal with Europe, Johnson is conceding that friction-free trade with Europe is well and truly dead. Borders will thicken. Paperwork will multiply. Tariffs will rise. This is the cost of Brexit.

READ MORE: The Britain I knew is lost

The exact quantum of the bill remains unknown. But it will be steep. The government’s own estimate says a Canada-style deal with Europe will take 5 per cent off Britain’s GDP over the next 15 years. A return to WTO terms—i.e. ‘no deal’ and something the government this week re-badged as an ‘Australia-style’ deal—will take another few points of GDP off on top of that.

Mindful of the looming hit to the national wealth, Johnson and his team are busy talking up the potential of free trade with countries like the United States and Japan. They’re also talking about improving ties to Canada, which means rolling over the Canada-EU deal into a British equivalent. Canada had been enjoying tariff-free access to British markets thanks to Theresa May’s decision to unilaterally reduce tariffs to mitigate the uncertainty caused by Brexit.

All of that trade, however, must now be negotiated by a country that has outsourced its negotiating skills to the European Union for over 40 years. And as Canada’s recent experience shows, trade muscles will atrophy if unused. Prior to Stephen Harper’s free trade renaissance Canada had largely rested on the laurels of the massive North American Free Trade Agreement; its negotiating nous had to be carefully rebuilt before it could enter the European Union bearpit.

Britain’s negotiators have no such luxury; they must get a new deal agreed with the European Union by the end of the year. And while 11 months might seem like an eternity to most, in trade terms it’s a blink of an eye. Canada’s deal with the EU— i.e. Boris Johnson’s target—took six years to negotiate, another three to ratify, and remains only provisionally applied by a host of European countries. Trade volumes between Canada and the European Union have not jumped by leaps and bounds over the past three years.

Of course, with a market as voracious as the United States’ right on your border, it makes sense for Canadian businesses—particularly small to medium sized businesses—to keep trading where it’s easy. Charting a course for European markets is comparatively hard work.

The trouble for Britain is the nations of the European Union are their quick and easy partners. The idea that new trade deals can be done on the quick and new bonds forged across vast distances soon after doesn’t accord with history. No matter how many new trade deals it strikes, Britain will be hard-pressed to recover its losses from Europe should exit negotiations not prove fruitful.

Here, the early returns aren’t good. On the day Boris Johnson outlined his inspirational and largely detail-free plans for negotiations with the EU, the Europeans countered with an explicit 33-page brief detailing their preferred outcomes. And a few of those bones are likely to stick in British throats. To pick the most contentious example, the EU would like Britain to stay in close regulatory alignment in return for deep trade access, a position the British government rejects out of hand. What is the point of Brexit, they argue, if Britain can’t break free of EU regulation?

Flush with his new majority, Johnson is so far willing to talk tough and stand up to his would-be European regulatory commissars. But if negotiations tip up toward the end of Britain’s transition period—a time in which it still enjoys its customary access to European markets—without a resolution, the pressure will ratchet up. Businesses can’t be expected to overhaul their supply chains at one minute to midnight.

Johnson does have an escape clause of sorts. Britain’s Withdrawal Agreement contains an extension clause that would give negotiators up to another two years to negotiate the future relationship with Europe. But with Johnson having already ruled out an extension, the pressure is on Britain’s negotiators to unpick a 47-year relationship in 11 short months.