Opinion: Politicians have come to see taxpayers as sheep to be shorn, writes Mark Milke. Canadians can reverse that by demanding a return of the $10,000 annual limit for TFSAs 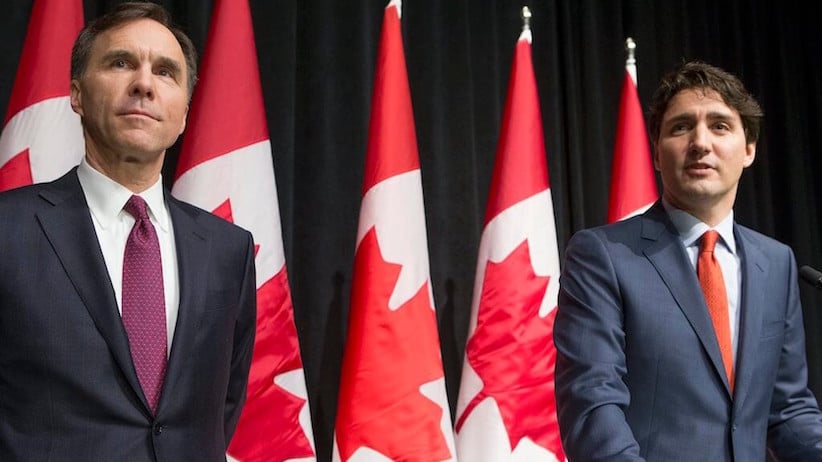 For those who pay attention to what politicians are up to on taxes, consider that since 2015, the focus has mostly been on raising them. From Atlantic Canada to Alberta, British Columbia and federally, new brackets were invented and other rates raised; in addition, new and higher taxes are still to come, including a federal carbon tax.

Even the new Progressive Conservative government of Brian Pallister in Manitoba, elected last year on opposition to a sales tax increase by the previous government, is toying with new taxes, including a carbon tax and higher taxes on insurance products.

One rare exception to this flurry of higher tax activity came in 2016, when the federal government dropped the rate for one middle income bracket, to 20.5 per cent from 22 per cent.

Regrettably, as the Fraser Institute discovered last week, that change wasn’t enough to offset the removal of many boutique tax credits. The net result was that 81 per cent of middle-class taxpayers saw their taxes rise, and on average pay $840 more annually. Couples with children will pay $919 more, every year, on average.

This tax-the-middle-class-more reality contrasts with the political rhetoric we hear from federal and provincial politicians, who have talked up their fealty to middle-class finances.

So how can Canadians reverse this assumption, widely held on the part of the political class, that raising taxes is a safe policy? Answer: Press for the return of the $10,000 annual contribution to the Tax Free Savings Account, and do so in a high-profile way that politicians can’t ignore.

On the TFSA, recall that in 2016 the new Liberal government in Ottawa dropped the annual amount Canadians could invest in their TFSAs to just $5,500 (where the limit remains now) from $10,000.

There was little reason for the Grinch approach to personal and family savings. It was especially egregious given that the new government also committed to raise Canada Pension Plan premiums. In other words, Prime Minister Justin Trudeau and Finance Minister Bill Morneau were happy to force Canadians to save more for retirement through the CPP, but not allow us to do so through the freedom of our TFSAs.

This contradiction needs to be challenged. It’s time for advocacy groups, think tanks, opposition parties and taxpaying Canadians to borrow from that 1980s-era slogan for MTV and tell their elected leaders, clearly and forcefully: “I want my $10,000 TSFA (back)!”

An obvious choice to lead this type of national campaign is the Canadian Taxpayers Federation, which regularly spars with governments on tax matters. Another organization, the C.D. Howe Institute, avoids outright advocacy, but it would be a natural fit to repeatedly and publicly raise the idea of a return to the $10,000 TFSA. It was, after all, the C.D. Howe Institute that first came up with the TFSA concept and, critically, Morneau was once a board chair of that same think tank.

But whether it’s a taxpayer advocacy group, a policy institute, a coalition akin to the one now fighting proposed changes to private corporations, opposition Conservatives and New Democrats, or even a more tax-reduction friendly government such as Quebec, the idea of a $10,000 TFSA should be a positive rallying point for many reasons.

In contrast, in 2015, the most recent year for which statistics are available, the figure was 38.6 per cent. Given the multiple tax hikes in 2016 and 2017 and perhaps even more to come in 2018, I suspect that percentage will grow. As will tax fatigue and a desire for taxpayer-friendly policies.

That statistical reality and the apparent political presumption that Canadians—whether high income or middle income—are potential sheep to be sheared, means a campaign to revive the  $10,000 TFSA might be popular.

Arguments against a $10,000 TFSA limit are weak

One is that not every Canadian will take advantage of the $10,000 contribution. But this matters less than the possibility that some Canadians will use such room; that allows those individuals and families to better save for retirement or other expenses. That makes their lives easier, which should be the ostensible goal of politicians across the political spectrum.

Another counter-argument will be that in an era of massive deficits, governments cannot afford to lose any tax revenue. This was one claim advanced by the Parliamentary Budget Office ahead of the original decision by the Stephen Harper government to raise the TFSA limit to $10,000 in the first place.

The logic of that objection is weak. The “loss” of tax revenue from non-taxable capital gains won’t show up for years and decades in any substantial way.

The PBO’s 2015-era estimate of the revenue loss to governments (or better stated, the gain for taxpayers) from a $10,000 TFSA was $550 million by 2020, rising to an extra $3.1 billion by 2030. Governments have plenty of time to balance their books to prepare for such “losses”. Start with cuts to corporate welfare and reform of compensation of government employees. After that, there will be room aplenty for minor revenue “losses” from non-taxable TFSA gains in years ahead.

Ultimately, those who object to a $10,000 TFSA place the responsibility on the wrong people: taxpayers in general, who are expected to fund any and all politically desired expenditures. Instead, the obligation should be on politicians to more carefully control their spending: With apologies to MTV, I want my $10,000 TFSA (back)! I suspect many other Canadians do as well.