Andrew MacDougall: COVID-19 has wiped the unserious off our faces. It will take real debate over big issues to fill the cracks now being exposed. 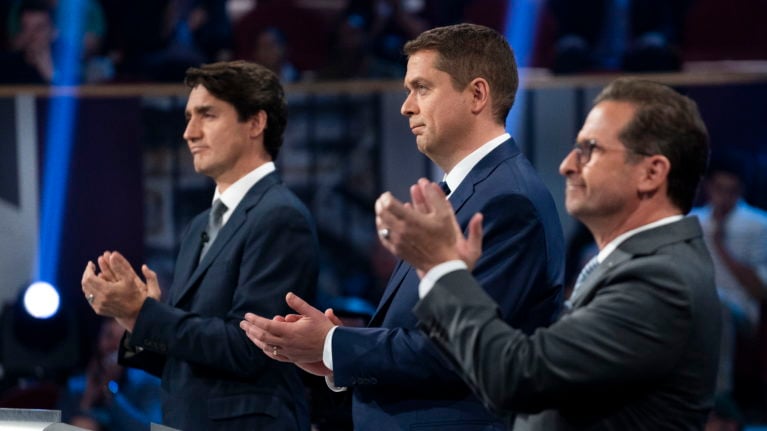 The endless and depressing procession of bad news marching across our screens is enough to make anyone pine for the unseriousness of our recent past.

As Canada grapples with shutting down its economy, PPE shortages, and mass death in nursing homes in 2020, can you believe we spent a full 2019 election news cycle debating the merits of $2,000 grants for (a select few) poor families to go camping? And then there were the weeks spent sticking the dead corpses of abortion and same-sex marriage. You’d think we had absolutely nothing to worry about.

I suppose that’s the thing with once-in-a-generation events: no one sees them coming except the Chicken Littles who say they’re always coming. The federal and provincial bureaucracies might have had their pandemic intelligence and/or SARS-lessons learned documents on file, but none of them thought they were templates for the near future. And that’s in a country put through the ringer of SARS and H1N1 in the past 20 years.

Looking back, nothing of much import was discussed in the last election. Forget global pandemics, health care writ large was largely ignored, other than the habitual cries about health transfer funding and a sprinkle of pharmacare. Nor was there much talk of global supply chains or the pay of frontline workers. Everything was instead fought on the margins (see: camping). In a world where war, disease and famine are common, Canada could afford to indulge in the narcissism of its small differences.

Well, say goodbye to all that.

COVID-19 has wiped the unserious off our faces. We are facing the biggest crisis since the Great Depression and it will take some tectonic shifts in public policy to fill the cracks being exposed. And they’ll have to be filled from the bottom of a pretty big hole. The deficit looks set to smash $200 billion per year and the country faces the prospect of tens of thousands of businesses simply disappearing if work cannot be restarted over the coming months.

And while some think the economy will come roaring back with the flick of a switch, even a robust recovery won’t be able to make everything go away. The oil industry, already on its knees, will struggle to recover without robust global demand (to say nothing of new ways out of Canada). Reduced air travel will limit our ability to connect with our families and business opportunities. And what happens if the world goes native and nationalist in response to the way global supply chains have come under pressure?

One suspects China will play the starring role in the post-crisis phase of the coronavirus conversation. Then again, why wait? Conservative leadership candidate Erin O’Toole is already pledging to re-shore critical business lines from the communist dictatorship. Questions are also—and quite rightly—being asked about the Chinese regime’s transparency, both with the World Health Organization and other nation states. It seems beyond doubt that things got so bad because China lied and the WHO did not have either the courage or ability to get the straight story out of the outbreak’s host nation.

But China can’t and mustn’t absorb all of the blame. Attention must also be paid to our brittle houses in the west. Countries like Canada, the United States, the United Kingdom, Italy and France—all hard hit by coronavirus—are supposed to have the act of government nailed down, but our collective responses have been anything but. It turns out we lack simple, effective mechanisms to get help to the people who need it, whether that’s nursing staff or small-business owners. We have also seen too many gaps open up between federal funding and rule-setting and provincial delivery and enforcement. We need to tighten up.

All of which sounds like good fodder for the next election, whenever that comes.

If we’re not discussing big issues the next time out, we’re doing it wrong. Questions like: are frontline workers properly recognized and paid; are government supports still fit for purpose in the world of mass boomer retirement and flexible work; is the federal transfer method still the right approach to health care; is pandemic response more important than military hardware? Anyone bringing a micro tax credit to these gunfights should automatically be disqualified from the race.

Back to once-in-a-generation events. We’ve now had three pandemics caused by zoonoses—SARS, H1N1, and SARS-CoV-2—in the past 17 years. We ought to spend some time thinking about the next three, not burying our heads in the sand hoping the next one never comes. As long as humans are going to factory farm and push into new habitats the spectre of another ‘spillover’ event looms. We need to be better prepared.

Why shouldn’t Canada lead the discussion over how to better prepare? Why not take the lead in reforming the global institutions that will need to do better the next time out? Why not keep making the case for globalized supply chains as the way to increase redundancy? It’s time for Canada to get serious.