Hal Johnson: 'Yes, there is systemic racism in Canada'

For my entire life I've had to conform to society in order to succeed. I've become a chameleon. Change will happen when the people in power are no longer afraid to put people of colour in key decision-making roles. 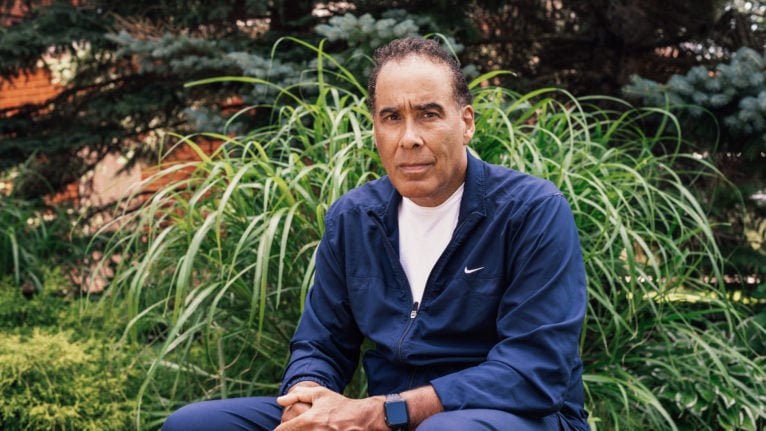 You may know me from BodyBreak, which I host, alongside my wife Joanne McLeod. We are an interracial couple and we are the creators of BodyBreak, which has been part of the Canadian media for 32 years. Over the past weeks, Canadians have seen acts of racism and violence towards Black people. This has generated frustration in the Black community; it has generated mass protest and allowed for stories of racism to emerge.

I don’t know if COVID-19 has given everyone more time to step back and listen empathically. However, a new level of dialogue has begun that is prompting a push for change. During this time, I had numerous white friends call me and ask a wide variety of questions. The one question they all have asked is,  “What can we do?”  I simply say, “Listen.”

This question⁠—What can I do?⁠—was also weighing heavy on my mind. I felt like it was the right time to share my experiences with racism in the workplace as a bi-racial person. The more I gathered my thoughts, the more I realized that the events leading up to the creation of BodyBreak may resonate with Canadians who have allowed us in their homes for so many years. The backstory of racism and how we responded might have some positive impact at a time like this. An impromptu YouTube shoot was arranged with filmmakers Brian Hunt and Tad Munnings, and quickly I had the video message ready to release. Joanne and I were not prepared for the overwhelming support and media coverage that followed.

For my entire life, I’ve had to conform to society in order to succeed. I’ve become a chameleon. Now, for the first time in my life, I feel white people want to learn, listen and be part of the much-needed change. I also feel that talking about my experiences gives us hope that we can get through this time stronger and more unified than ever. I am extremely hopeful.

I was born in Newark, New Jersey. But we moved to Canada when I was just six months old, because my mother, who is Canadian, wanted me to grow up here. I later attended university in the U.S. on a baseball scholarship and earned a business degree from the University of Colorado. I then worked in the U.S. for five years before returning to Canada in 1987. As a Black male, my perspective of both countries is quite different than those of my white friends. Racism in the U.S. is in your face. It’s always present. I felt hunted. In Canada, it’s there, but it’s subtle.

As a bi-racial person (my mother is Irish and my father is African-American), you get knocked down. At an early age, I was taught not to allow other people to burden me with their baggage. My mother told me, “if someone is racist that’s their problem, not yours.” This piece of advice allowed me to get up, every time I personally experienced a racist act. Too many times, we allow others to define us.

MORE: A letter to the Canada-U.S. border: They said it would be different on this side.

Yes, there is systemic racism in Canada. Too often, a white person will hire another white person who they can relate to; someone who reminds them of themself or someone they know. I do think this will change because young white people are more integrated and more exposed to diversity than ever before. Instead of seeing a Black or Asian person across the table, they will see someone they may have grown up with. 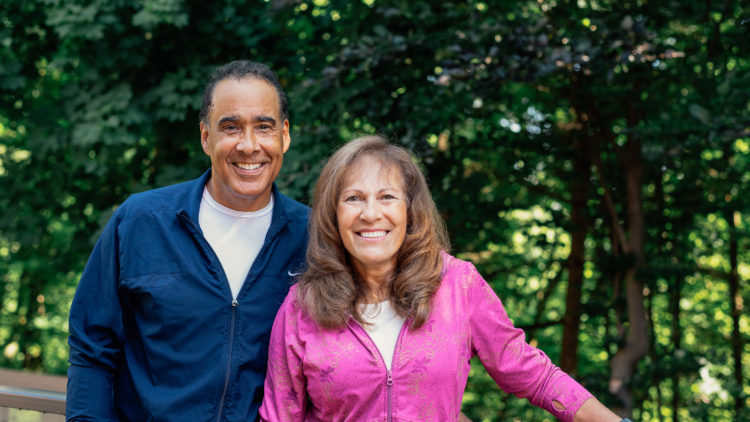 I was fortunate to grow up in Toronto’s North York, in a predominantly Jewish neighbourhood.  When I eventually moved away, I would hear other friends of mine speak derogatory comments towards Jews.  To me, they were not making a racial slur towards Jews. It was more personal⁠ than that—they were talking about my friends. When someone talks about your friends, you need to call them out.

Throughout my life, I’ve experienced incidents, which occurred solely because of my racial background. My grade-seven teacher, Mr. Thomas, once told me that I should focus on athletics because I wasn’t smart enough. It’s comments like these that embed negative stereotypes into young Black males. I was only 11, but I knew my teacher was wrong, and I still remember what he said as if it was yesterday.

My dad is 88. Last week he told me that for the first time in his life, he is hopeful. He has seen a lot as a Black man trying to make it in what was once a white man’s world.  My dad says things are changing when he sees more white protesters than Blacks at protests and marches. These white protesters probably grew up with Black, Asian and Muslim friends and don’t understand “why can’t we all just get along,” a quote from Rodney King, the man who was beaten by L.A. police in March 1991. It’s sad to think that after 29 years, George Floyd’s murder at the hands of a police officer, had to be the catalyst that reignited another national conversation about racism, economic disparity and unwarranted violence within the police force. We see corporations, government and individuals starting to make changes; there’s a lot more work that needs to be done, but it’s a positive step forward.

Change will happen when the people in power are no longer afraid to put people of colour, females or people with disabilities in key decision-making roles. Change will happen when people in power decide not to play by the old rules, which have been in place for years, but instead, set new ones. Smart employers and organizations will create change and prosper. The companies that don’t, or do so just because they have to, will be left behind. It’s up to governments, companies and organizations (big and small) to look at themselves and ask: What am I doing to make Canada better? Is my company welcoming to everyone? What is the culture of my organization?

In the last three weeks, white people have expressed shock over my story. Across the 64 media interviews I did, white interviewers would ask how I found the resolve not to give up. On the other hand, Black reporters weren’t shocked.  I suspect that in one form or another, these Black reporters may have had similar experiences.

I’ve been asked numerous times, whether I was angry. I was disappointed, but not angry. My dad always told me that getting mad doesn’t allow you to think clearly about solving the problem. By the time I started pitching BodyBreak, I’d already experienced incidents of racism for 31 years—this wasn’t something new to me.

The goal in creating BodyBreak, 32 years ago, was to break down barriers and change attitudes. Over the years, so many people have said that when BodyBreak would pop up on TV, it seemed normal to see a Black man and a white woman together. This is the power of repetition and the power of the media. What is seen as different at first becomes the norm. In June 1988, when we initially put together a storyboard of what BodyBreak stands for, it represented our hope that regardless of your race, ethnicity, age, gender, or physical and mental abilities, we can all live a healthy, active lifestyle by working, living and playing together.