Opinion: A reformed white supremacist on how responsible reporting and informed conversation is important if we want to meaningfully tackle hateful acts 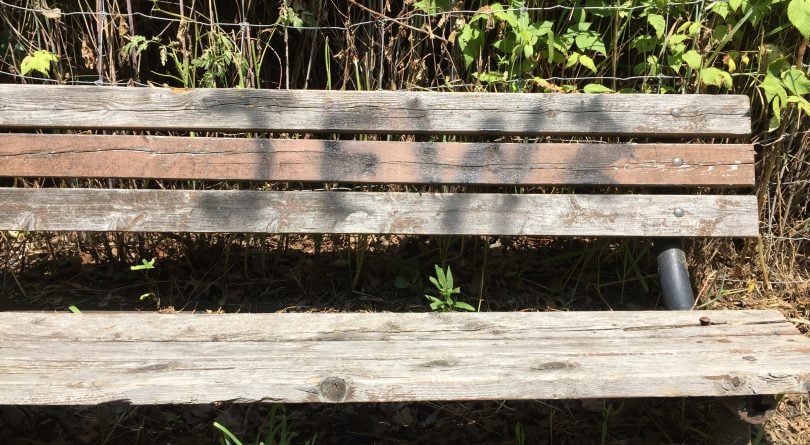 Graffiti at the Jamie Bell Adventure Playground in High Park, in Toronto. (Photograph by Elizabeth Moore)

Elizabeth Moore is an educator on racist extremism, and is a former member of the white supremacist group, The Heritage Front.

More than two decades after my days in a white supremacist group—and what feels like a lifetime of experiences later—I’m sitting in my living room with the phone in my hand, dialling the police non-emergency number, reporting antisemitic graffiti on the Jamie Bell Adventure Playground in Toronto’s High Park.

While antisemitic graffiti is unacceptable anywhere, it is particularly galling when it appears in areas where children learn and play. And it felt especially galling because the graffiti had apparently been there for several days, according to another parent who said in a local Facebook group that she reported it to 311; as far as I knew, hers was the only other complaint. Yes, it was located in a lower-traffic area of the playground, but I just kept thinking: How many people saw it, and did nothing?

There are many reasons why bystanders choose to look the other way. In some cases, they may not understand that racist or antisemitic graffiti is a police matter. Others may feel they do not have the time, or do not want their names on police reports. But some, surprisingly, feel that doing anything at all is counterproductive.

Ignoring it has become something of the trend of the time. Calling it out only “gives it oxygen,” as the increasingly common line of thinking goes. Media coverage would only give them the attention they were hoping for, thereby encouraging them to do more of the same. The only way to successfully deal with those who deal in hate, some argue, is to smother them with silence. Now, Canada’s “alt-right” is working to spread its hateful rhetoric, gain new followers, and drum up donations by entering Ontario’s mayoral races—James Sears and Faith Goldy are both running in Toronto, while Paul Fromm and Kevin Johnston are running in Hamilton and Mississauga respectively. While none are expected to win, they are all in a position to have a greater impact than previous racist candidates, and have gotten themselves a platform. The instinct, for some, is to ignore them, to refuse to name them, and to urge others to do the same.

It is a reasonable theory, but it doesn’t work in practice. As a former extremist, I know this firsthand. The Heritage Front attempted to do what the so-called “alt-right” is doing today: they tried to insert themselves into mainstream politics through the Reform Party, and tried to unite many smaller groups under one ugly white supremacist umbrella while marketing it as appealing to “ordinary Canadians.” They were eventually stopped not through silence, but by exposing them and confronting them at every turn.

Since then, social media and the general acceptance of populism have only created more channels by which hateful rhetoric can proliferate. Left unchecked, intolerant words lead to intolerant actions. Then, people are murdered, assaulted and harassed, while signs, schools, monuments, playgrounds and places of worship are vandalized.

That’s the reality: Ignoring racists doesn’t make them go away. It only emboldens them.

READ MORE: The KKK has a history in Canada. And it can return.

The first anniversary of the Charlottesville riots presents an opportunity to understand how racist extremism grew in both membership and actions in America. It’s easy to blame Trump’s racist outbursts and anti-immigration rhetoric for emboldening white supremacists, but the problem began well before Trump. In the past two decades, both the U.S. media and some elected officials have chosen to inexplicably downplay, or outright ignore the larger ideological framework that inspires domestic right-wing terrorists. Oklahoma City bomber Timothy McVeigh’s connections to the radical right were not a major focus of that story, for instance, setting a dangerous precedent of silence in which the threat of racist extremism was dismissed and hate groups were allowed to fester and grow unnoticed and unmentioned in the public discourse. We have seen similar events unfold in Canada, including CSIS’s admission that it stopped monitoring the racist right altogether until after the Quebec City mosque shooting last year.

Of course, a nation’s response to a growing threat is quite different than a community’s response to an individual act. Some research suggests that confronting racists risks entrenching their hateful beliefs further. However, in my experience, there is a difference between being confronted with anger and indeed hate from targeted groups and being held accountable for your actions. Racist recruits are told to expect to be hated, and in that respect, a community’s justifiable response can push an extremist further into their racism. But facing legal charges, job loss, threats of expulsion from school, loss of friendships and family breakdowns may cause a person to second-guess their beliefs and rethink their incredibly poor life choices. These choices can, and often do, have a devastating impact on a racist’s sense of self, independent of hate groups. Leaving hate behind means rebuilding an identity, moral compass and world view from the ground up, which is no easy task.

Knowing what is at stake for both targeted communities and the racist recruits themselves, it is alarming to see that our local racist extremists, influenced by the political climate in the States, as well as various countries in Europe, feel they, too, have a chance to penetrate the mainstream. Frighteningly, racism is becoming a valid political position, rather than a point of shame.

There is no such thing as inconsequential hate. We may not be able to stop racists from running in our elections, but we can highlight and reframe their slickly packaged hateful ideas through responsible reporting and informed conversation. And we can also stop their followers from acting out their hateful ideas in our communities without consequences, one phone call, and one email at a time.