Can Canada put Harry and Meghan to work? 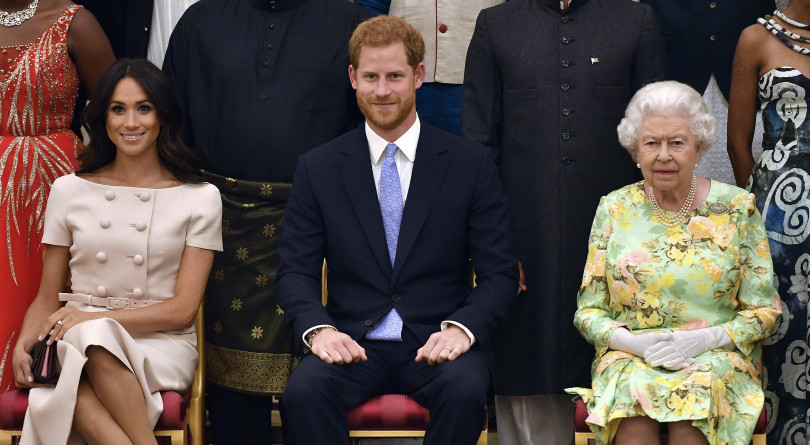 Dale Smith is a freelance journalist in the Parliamentary Press Gallery and author of The Unbroken Machine: Canada’s Democracy in Action

News that Prince Harry and Meghan, Duchess of Sussex, plan to move to Canada, has been met with scorn in the U.K. and great enthusiasm on our shores. While the National Post published a poll that showed that 60 per cent of Canadians would like Harry to become the next Governor General, and others are still hoping to amend the line of succession for the Canadian Crown so that Harry becomes King of Canada upon the death of his grandmother, I suggest something a bit more modest—that we simply put the pair to work with royal patronages across the country.

Royal patronage is a ceremonial function where a member of the royal family volunteers their time or service to bring recognition to a group and its organization’s contributions to civil society. Currently, there are about 80 civil society and military groups that have royal patronage in Canada, and Toronto recently saw a private working visit from Sophie, Countess of Wessex, in her role as patron of the Toronto General Hospital.

While making Harry the GG in a few years—when Julie Payette’s term expires—would only temporarily solve the couple’s woes when it comes to sorting out what kind of life they want to lead after stepping away as “senior royals,” it would feel like a step back from “Canadianizing” the institution. While it was de rigueur in the 19th century to have the Queen’s relatives offered posts like this, the position of GG has since become much more about what kind of face Canada wants to present to the world as well as who represents Canada in a ceremonial capacity (the latter part being something that Payette has famously been struggling with).

MORE: 9 clues in the Queen’s statement about Harry and Meghan’s future

Harry as GG would also be different in the way the monarchy serves the U.K. (the family is allowed to keep their wealth in exchange for their duty to the country), whereas vice-regals in this country are expected to operate on a very tight budget (even necessary repairs and renovations to their residences get unduly criticized).

Nevertheless, there are ceremonial jobs that need to be done, and Payette has made it clear that she doesn’t care to do a lot of them. In her first year as Governor General, she undertook a lengthy “review” of her office’s patronages, and left a number of organizations in the lurch. Some 250 organizations in Canada rely on the GG’s patronage, from the Canadian Red Cross to Scouts Canada to the United Nations Association of Canada. Other groups like the Royal Canadian Geographical Society have structured their bylaws around the role that the GG takes up in their organization. The need for someone to fill these kinds of roles is there, and if Payette refuses to do them, then perhaps Canada should have the royals in the country on a semi-permanent basis to take on those jobs. We could even put them up in Rideau Hall, since Payette refuses to move into her official residence.

Aside from taking over these particular established roles, it would be a chance for other civil society groups in Canada to expand the current system of royal patronages in this country, which are under-utilized. Part of the problem is that there hasn’t been a lot of awareness that these patronage positions are available for members of the royal family. For years, the application system was haphazard and ad hoc, with no formal process put in place. Fortunately, during the period in which Prime Minister Stephen Harper appointed Kevin MacLeod as the Canadian secretary to the Queen, MacLeod worked with his then-counterpart at Rideau Hall, the secretary to the Governor General, to formalize the process for royal patronages, royal designations and colonel-in-chief positions for military regiments.

MORE: Prince Harry and Meghan Markle vs. the royal family

While MacLeod saw his position as being one where he would proactively engage with organizations about obtaining royal patronage, that fell to the wayside with his retirement, along with Justin Trudeau’s decision not to fill the Canadian secretary position for nearly three years. In November, Trudeau finally appointed senior civil servant Donald Booth to the role part-time, in addition to Booth’s existing role within the Privy Council Office. But Booth has indicated that he deems his role as more of a conduit between the prime minister and the palaces in London rather than the proactive-engagement role that MacLeod had.

With Harry and Meghan in Canada on a semi-permanent basis, it could provide incentive for the PM to expand Booth’s job in order to take full advantage of the royals’ presence as “working” in the country. And more importantly, to take our constitutional monarchy a little more seriously than this government has to date.

Of course, much of this depends on the kinds of negotiations that are still ongoing between Harry and the Queen regarding, what kinds of royal duties may still be expected, and what sorts of paid work he and Meghan are eligible to do in order to be financially independent from the sovereign grant. That said, there is an opportunity for Canada here, and we should seize the moment, letting some bona fide royals do the work that our current GG won’t.