Yoni Freedhoff: Reporting on the estimated number of undetected, SARS-CoV2-infected and contagious individuals might impact people's behaviour when it comes to physical distancing and staying home. 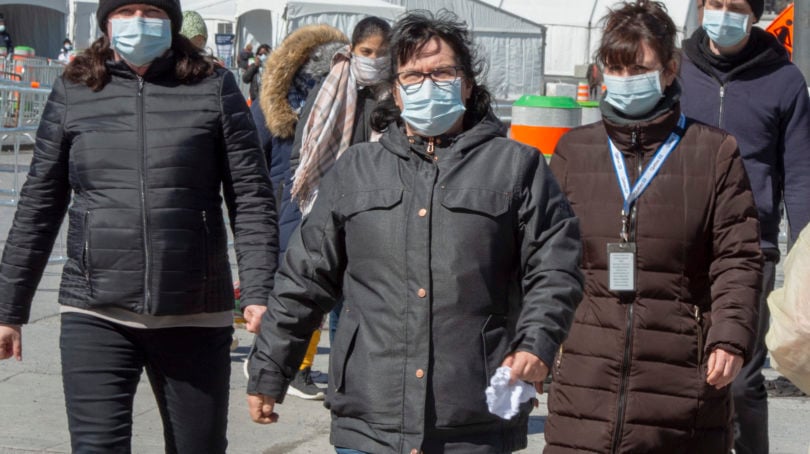 Yoni Freedhoff is an associate professor of family medicine at the University of Ottawa.

You can’t fight an enemy you can’t see. You’ve probably heard someone make this statement in reference to the need to ramp up testing for COVID-19. And while that’s undoubtedly true for those crafting our response to this nightmare, it’s also true that, in the absence of ramped-up testing, our public health officials and the media, with far too rare an exception, have failed to convey to the public the true scope of how many people have been infected with SARS-CoV2.

And so, my question—watching the coast-to-coast failure of most cities and provinces to effectively shut things down, and of individuals ignoring Canada’s ongoing and overly polite calls for voluntarily staying home—is this: Is part of the blame for some Canadians’ more laissez-faire attitudes to staying home due to the fact that some believe the enemy has only infected—as per our official government COVID-19 website April 5 statistics—15,496 people with only “16 probable cases”?

Let’s for a moment talk about those probable and proven cases, and also some rudimentary math. According to our government’s April 5 figures, Canada has suffered 280 COVID-19 deaths. Assuming even a conservative case fatality rate (CFR) of one per cent (a very recent estimate published in the Lancet suggests an overall global CFR of 1.38% after adjusting for censoring, demography and under-ascertainment), those 280 deaths would reflect 28,000 probable cases. (For far more robust mathematical modelling, please visit this calculator from the Centre For Mathematical Modeling of Infectious Diseases).

We also need to remember that deaths are a lagging indicator, meaning it takes roughly an average of three weeks from the time of infection to the time of death so those 28,000 people were contagious three weeks ago. Now, if we want to consider the number of probable cases today, we’ll need to estimate how many people those 28,000 contagious individuals would have infected over these past three weeks. Again, taking a conservative value of 1.6 people infected per infected individual per week (to reflect the impact of the piecemeal physical distancing recommendations and voluntary actions), two weeks ago probable cases would have been 44,800, one week ago 71,680, and today 114,688. Subtracting the reported 15,496 confirmed cases leaves us with 99,176 more probable cases than our government’s website’s reported 16.

Now, I realize that’s not really what the government chart is reporting; those 16 probable cases are their definition of testing-related probable cases. But shouldn’t there be a column of probable cases reflecting an estimation of the number of undetected, untested, SARS-CoV2-infected and contagious individuals? If there were such an estimation, its regular reporting might have an impact on the public’s behaviour when it comes to respecting calls for physical distancing and staying home. Such reporting might also help put context to the math of exponential growth, the breathtaking and terrifying nature of which is palpably more staggering and impactful as numbers grow.

RELATED: Canadians are telling their government—do whatever it takes to make it right

Another number that isn’t being shared with Canadians is our hospitals’ critical care bed usage nationally and, for the most part, locally. As with deaths, this provides a lagging indicator of the burden of disease, but it would also provide Canadians with a concrete metric as to just how close we are already to our health care system being overrun, which matters to anyone who has the misfortune of requiring any hospital-based treatment and care, and not just those who develop severe COVID-19. Right now, at least here in Ontario, the most recent leaked critical care services Ontario report shows we are already at 65.1% of capacity and these numbers of course are growing.

It would not be difficult to report this data, nor is it a large ask. Instead of public health officials and journalists’ tweets, headlines and statements touting the number of new cases and total cases each day, they should qualify them, every single time, by stating that these numbers are the number of “known” new cases, and ideally also provide an explicit caveat highlighting the number of presumed cases that we simply haven’t tested, at least until our testing becomes markedly more robust. This, coupled with regularly updated information about what’s happening in our intensive care units, might just help keep more people home, which—as per the math of infectious epidemics— will save literal lives.

Plainly, now is not the time for platitudes, sugar-coating, or obfuscation. Now is the time for stark transparency—we should resist the urge to label “radical transparency.” The provision of information that will mean the difference between life and death should never be described as radical. There is nothing radical about this. This is an explicit obligation.