Canada was warned not to cozy up to Huawei and Beijing. Now here we are.

Terry Glavin: We listened instead to Jean Chrétien and the pro-PRC Liberal old guard. Remember that if—or when—Xi Jinping takes revenge over the Meng Wanzhou decision. 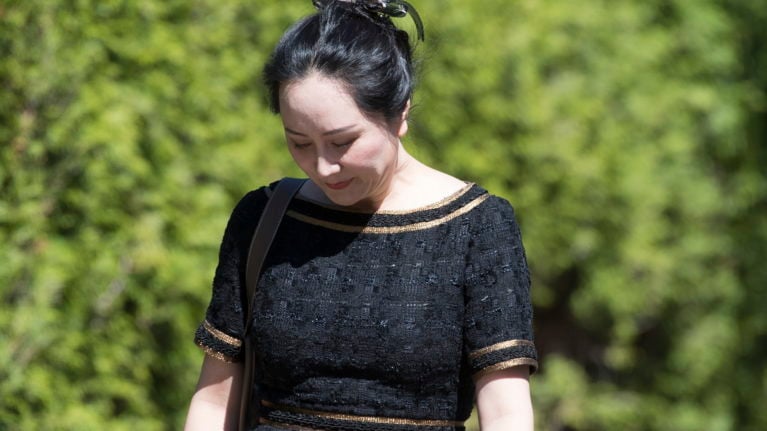 For all anybody knows, now that Justice Heather Holmes has rendered a markedly unfavourable decision in the case of Huawei chief financial officer Meng Wanzhou, the notoriously petulant and sadistic Chinese supreme leader Xi Jinping will retaliate against Canada by instructing his secret police to abduct and imprison some more Canadians. As will be understood by anyone who has taken any notice of the Xi regime’s erratic and belligerent brinksmanship everywhere in the world—if you think this is just about Xi’s difficulties with the equally erratic U.S. President Donald Trump, you haven’t been paying attention at all—just about anything is possible.

And by this point, whatever is about to befall Canada, we should admit out loud that we were warned. It’s been at least a decade since U.S. intelligence officials and Barack Obama’s White House first told us, in the clearest language possible, that Huawei was bad news. But we thought we were clever. And around Trudeau’s cabinet table they still think they’re clever, ignoring the warnings of Canada’s intelligence agencies, and the intelligence agencies of our allies and kicking the can down the road on whether to bar Huawei from Canada’s fifth-generation internet evolution.

We ignored the Obama administration’s warnings that Huawei was up to its neck in dodgy sanctions-busting dealings in Iran. We ignored the warnings about Huawei’s deep and intricate entanglements with the Chinese police state. We were warned that while we thought it was smart to allow ourselves to be lavishly courted by China’s globe-encircling “national champion” telecom giant—and to do so at the expense of American national-security vigilance—that it would not end well. That it would end in misery.

But we didn’t listen. Instead, we listened to Jean Chrétien, and we took his counsel as the sage guidance of a lovable old statesman, rather than the cynical urgings of a big-money deal-maker who was working rooms in Beijing just as soon as he left office in the shadow of the sponsorship scandal in 2003. And we listened to Martin Cauchon, the Chrétien-era justice minister whose counsel when Huawei was moving into its gleaming and tidily-subsidized operations centre in Ottawa in 2013 was to ignore all the talk about Huawei’s opaque relationship with the Chinese military and intelligence superstructure. “If you can’t beat them,” Cauchon said at the time, “join them.”

It may well be that the “continuous harm” Chinese Foreign Ministry spokesman Zhao Lijian said Canada should be made to endure in the event that things did not go Meng’s way is that none of us will ever see the hostages Michael Kovrig or Michael Spavor—abducted shortly after Meng was detained on a U.S. Justice Department extradition request in December 2018—ever again.

Perhaps an acceleration of the sabotage to the $100 billion annual Canada-China trade relationship will be among the “grave consequences” Beijing has been warning we will be made to endure unless Prime Minister Trudeau made an end-run around the courts of the kind he scandalously attempted on behalf of SNC-Lavalin. Perhaps the trade vandalism we’ve already endured, in the billions of dollars lost in disruptions to Canada’s soybean, pork, beef, peas and canola exports, is just a hint of what’s to come.

Then there’s the potential losses in tourism dollars, and maybe a hemorrhaging of budgets at all the Canadian universities that have become so greedily and stupidly over-reliant on the roughly 70,000 fee-paying Chinese students who sign up at campuses across Canada every year. One shudders to think of the mayhem that Beijing’s proxies in Canada could cause now, and the mischief that might be made by the wealthy and well-connected associates of the United Front Work Department, which runs Beijing’s overseas influence-peddling operation in Canada.

All along, we listened to Chrétien, and to Cauchon, and we took it seriously when Chrétien’s deputy prime minister from the old days, John Manley, argued that we should have simply ignored the U.S. Justice Department’s extradition request, and that the only reason we did not was because of that obstreperous Jody Wilson-Raybould, who had to be banished, it will be remembered, for refusing to be bulldozed when the Prime Minister’s Office took up the cause of SNC-Lavalin in its Libyan corruption trial troubles.

There did come a point, however briefly, when it all became a bit too much. The Chrétien-era cabinet minister John McCallum, who had seen nothing untoward about taking $73,000 in free trips to China in the years before he finally got his plum posting as Canada’s ambassador in Beijing, just couldn’t stop himself from pleading on Meng’s behalf. It got to the point when Foreign Affairs Minister Chrystia Freeland had put up with quite enough—either he goes or I go—and McCallum had to be fired.

McCallum was all in for Meng and Huawei—they had a case, you know, he kept insisting. The threshold of double criminality was not met, because Canada’s Iran sanctions were over by the time the evidence was piling up that Meng was defrauding banks and arranging bank transfers in such a way as to hide Huawei’s dealings in Iran and evade the American sanctions on the Iranian regime. That was McCallum’s claim, and that was the hard bedrock of the case mounted by Meng’s legal team, and it was precisely the case that Justice Holmes threw out in her decision in Vancouver on Wednesday.

And so what was the reason that Xi Jinping thought that he could take a couple of hostages and hey presto, Meng Wanzhou would be on a plane back to her palace in Beijing, instead of slumming it in her Shaughnessy mansion in Vancouver, awaiting trial all this time? What made Xi think that strong-arming Canada and having Kovrig and Spavor picked up and tossed into a dungeon would be enough to do the trick?

It was that Xi, too, had been listening to the likes of Jean Chrétien and Martin Cauchon, and to John Manley and John McCallum and the rest. Xi had been given every impression that Trudeau’s Liberals would act on their customary instincts to capitulate. And there is still an opportunity for the Trudeau government to get away with it, Canada’s so-far-unsullied extradition treaty with the United States be damned. In Ottawa Wednesday, the Department of Justice issued a statement following Judge Holmes’ decision in Vancouver, noting that Wilson-Raybould’s successor, David Lametti, is not required to make any decision “until and unless the judge commits the person for extradition.”

RELATED: Meng Wanzhou is ready for her close-up

Months will pass, perhaps even years, before it will come to that, because Meng’s lawyers are expected to exhaust every opportunity available to their client in her effort to evade the 13 counts of fraud, wire fraud and conspiracy to commit fraud awaiting her in the courts of the Eastern District of New York. It’s a case against Meng, and against Huawei Technologies, and Huwei’s U.S. subsidiary, and against Skycom—Huawei’s Iran partner, or Iran subsidiary, depending on which legal team you believe—that goes back several years. The investigation began long before the American presidency was even a grifter’s gleam in Donald Trump’s eye.
For all anybody knows, China will be doing everything it can to make life miserable for Canada and for Canadians for as long as this case goes on, and probably until well after it’s all over. And that’s the price we’ll have to pay for ignoring all those warnings, for thinking we were clever, and for taking the guidance and counsel of Jean Chrétien and the rest.