Matt Gurney: Canadians are stuck watching a debate between a party with no plan and a party with a plan that won’t work. All the while China keeps building coal plants. 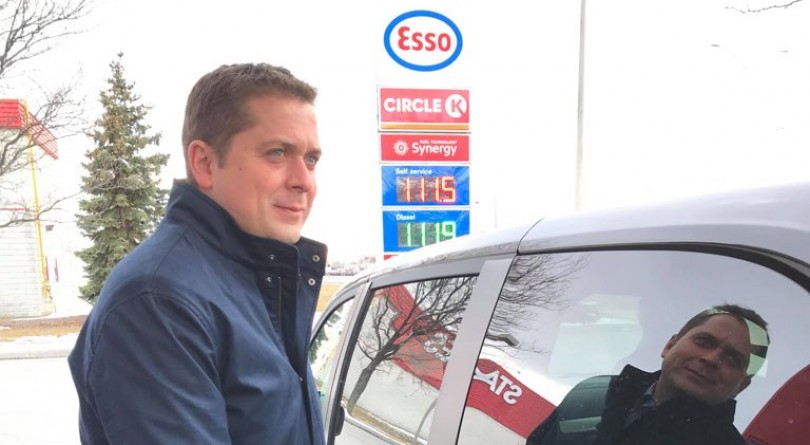 Though there is certainly plenty of competition in the category, I still think the “debate” over climate change—you’ll note my sarcastic quotation marks—is perhaps the stupidest element of Canadian politics.

We’ve had plenty of reminders of this of late. But all the eye rolling can make it hard to spot two genuine stories that Canadians should be paying attention to, assuming they haven’t already tuned out in disgust.

Earlier this month, on April 1, Ottawa imposed its national carbon-pricing plan on the four provinces that had not developed and implemented provincial versions that met Ottawa’s standard. Residents of Ontario, Manitoba, Saskatchewan and New Brunswick are now paying a levy of $10 per ton of emitted carbon; the levy will rise to $50 a ton by 2022. The Liberals are promising rebates back to residents of those provinces, which will be pegged to the income of the recipient. The Liberals seem confident that the average (and even many above-average) residents will get more back in the levy than they spend in added taxes, mostly at the gas pump.

And it was at the gas pumps that Conservative politicians made their (literal) stands. The Twitter accounts of countless Tory elected officials churned out staged photos of said officials standing grimly next to their vehicles on March 31, pumping gas and staring off into the abyss before the price went up a few hours later, thus saving themselves … a dollar or two. (Or, in the case of one MPP, simply awkwardly holding a pump and giving a thumbs down, with no car to be seen.)

This was not a particularly proud moment in Canadian political life, but the Liberals aren’t exactly draping themselves in glory, either. The party’s counterattack to criticism of their carbon plans is to note, over and over, that the federal Conservatives have yet to announce what their plan to fight climate change would be.

READ MORE: Why a carbon tax won’t cause a recession

That sounds like a good reply, until you recall that it was just a few months ago that a government report revealed that while the Liberals have a plan, it’s not working—the country is actually getting further from our Paris treaty goals, not closer to their realization.

The Liberals say we’ll close the gap with new technology and through more work by the provinces and territories. In other words, they’re counting on stuff that they either don’t control or doesn’t exist … but might, eventually, we hope. If the Liberals were trying to invent the next fad diet, they’d proudly announce their plan to wait for future calorie-free food to be invented, and for other people to eat less.

It’s a pathetic display, all around. Hell may be other people, but an awfully close second is spending an hour reading back-and-forth tweets from the party with no plan and the party with a plan that won’t work.

But while all of that was happening, much bigger news was being announced, and it makes the entire little Canadian debate look like the sideshow is truly is.

On March 27, Global Energy Monitor, an environmental NGO based out of San Francisco, released a report tracking the construction of fossil fuel infrastructure around the world. It reported that coal-fired power continues to be on a downward slope in most countries, including the United States. But it also noted that China has apparently resumed construction at a series of coal-fired power plants that had previously had their development suspended.

China’s Electricity Council, the report also noted, has proposed increasing the amount of coal-fired electrical generation in the country by almost 300 gigawatts per year — this would be more than enough to entirely offset the complete idling of the entire coal-fired power generation capacity of the United States.

Think about that for a second. Suddenly the few dozen litres of gas you’re pumping into your car (while scowling into a camera or otherwise) don’t seem like such a big deal.

As testy as the Canadian debate can be, the brutal reality is this — we simply aren’t a big player here. There are many arguments you can make in favour of a carbon tax, but in the Canadian context, the one argument that doesn’t work is that anything being proposed here will matter much to the future of humanity. The rest is just politics.

And that’s where our second story comes in.

British Columbia has long been a leader in the federation on carbon tax issues. It’s model has been oft-cited as proof that a carbon tax can work at reducing emissions while also being revenue neutral—or at least neutral enough to avoid generating public backlash. B.C. is Canada’s carbon tax success story.

Which is what made it so odd to read recently that B.C.’s NDP premier, whose minority government is backed up by the Green Party, is considering price relief for consumers unhappy with soaring gas prices.

The price of gas recently hit a record, just as B.C.’s carbon tax was increasing. In fairness, the carbon tax alone isn’t responsible for the spike. It obviously contributed to it, but the real issue seems to be constrained refinery capacity in the region.

But it still speaks to the fundamental problem: the commitment of Canada’s political class to the cause of fighting carbon extends only to the point where it stops being pain-free. The instant meaningful costs are imposed on the public—which is what a carbon-tax is designed to do—even NDP premiers backed up by the Green Party start talking about finding a way to bring down the price. B.C. is literally raising the cost of a litre of gasoline at the exact same moment they’re talking about trying to find a way to make gasoline more affordable!

It’s madness. It’s the worst of our politics. And while we fight about it, China’s going to keep right on building coal power plants. Remember that the next time you see some Canadian politician grandstanding on either side of the issue. They aren’t being serious, and we don’t have to pretend otherwise.