Scott Gilmore: Canada needs men and women in power who are afraid to lie to us, who would be embarrassed to be caught out, who blush and fear the consequences 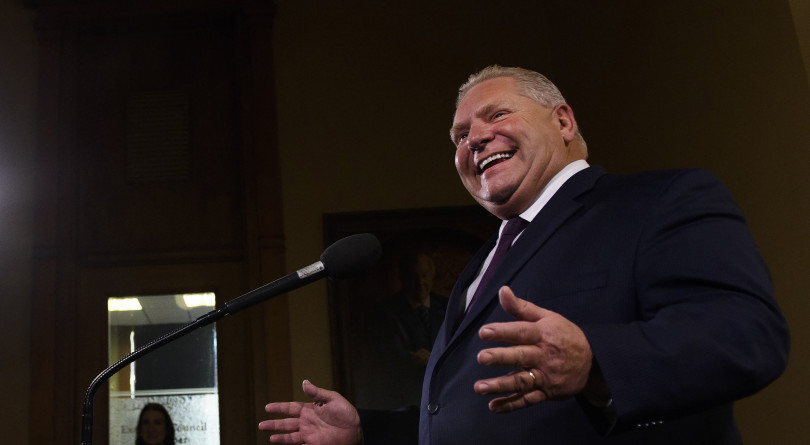 I have spent a significant part of my professional life working in places where things have gone wrong—in countries afflicted with war, poverty or corruption. In the early years, I found the work especially challenging. I was often flummoxed by circumstances, unable to solve basic problems because I simply did not understand the context.

For example, it took me a long time to realize that “truth” is not necessarily objective, and the concept of shame varies widely from country to country. When I was still a diplomat, I had a moment of epiphany one day in Rawalpindi, a cantonment town in northern Pakistan, in the dusty office of an army general. The meeting was not especially important (I was so junior I was often used as a “walking insult”—an intentional snub to foreign officials who would be offended that Canada sent someone so unimportant to meet with them). The topic was their clandestine support for the Taliban, and we were getting nowhere.

READ MORE: Scott Reid’s confession, and the dream of honesty in politics

We sat in two large and worn wingback chairs, flags behind us, note-takers in front, and tea in hand. I was jet-lagged and irritable and confused. My confusion was because the general was contesting basic points of fact. I would say something irrefutable, well-documented and widely reported, and he would respond with a flat denial. “No. That didn’t happen.” I would try a different angle, hoping to find some point of truth upon which we could both stand. But my search was fruitless. He denied reality with an air of patient kindness—as though he were helping a pleasant but slow cadet. And, the facts he presented were so clearly false that I could only respond in stammering bewilderment.

As we left, I asked my colleague, who was based in Pakistan, what had just happened. He shrugged and explained shame was not a universal constant and suggested I needed to adjust my expectations accordingly.

I would later have similar experiences in other countries, usually in places where accountability was scarce. I eventually understood that if a person does not need to worry about consequences, they also do not need to worry about how others see them. Since my general knew Canada was powerless to do anything about Pakistan’s support for the Taliban, he didn’t care what I thought of his answers.

Being Catholic, this connection between consequences and shame should have been obvious. The priests in my life warned me impure thoughts would send me straight to hell, planting the seeds for a lifetime of guilt and shame.

I am writing about this, as we begin a new decade, because I have the impression the last 10 years saw a distinct decline of shame in Canadian politics. It’s hard for me to count or calculate; this is not something tracked by Statistics Canada. But it distinctly feels like our politicians are growing more shameless by the day.

The examples are endless, whether it’s the current government lying about the SNC-Lavalin scandal, the previous one lying about the F-35 contract, Conservatives lying about climate change, the NDP lying about the economy, or the supporters and surrogates of all parties swarming social media and news panels refuting the irrefutable, denying reality and presenting their own set of facts without a fig leaf of shame or apparent regret. And it’s not just at the federal level. Whether it’s Doug Ford on deficits or carbon taxes, or Jason Kenney on equalization or his government’s war room, provincial leaders seem to do and say things every day that can only be described as “shameless.” Perhaps the most common and most egregious example of this is when any of our politicians speak about an opponent: without hesitation they describe the other and their policies as disastrous or corrupt, when it’s quite clear neither of these are true.

If this is getting worse, I suspect there are two causes. First, our politicians are increasingly living in protective cocoons that filter out dissenting voices. Due to a proliferation of news sources, they are able to surround themselves in radio stations, news sites and social media followers who support them. If they’re being called liars, they can’t hear it. And if you can’t hear it, does it even matter?

Second, journalism is shrinking and becoming less and less capable of holding liars to account, while those who protect politicians with spin are multiplying. In 1991 there were two public relations professionals for every one journalist in Canada. The ratio is now more than four to one. And, an increasingly ineffectual media means fewer consequences for politicians.

Regardless of why shame is apparently declining, I hope the trend is reversed. The ideals of peace, order and good government are built on a base of shame. We need men and women in power who are afraid to lie to us, who would be embarrassed to be caught out, who blush and fear the consequences.

Of course, this depends on you and I, the voters. After the decade that was, it would be easy for us to simply adjust our expectations—acknowledge the death of shame, and pick our team. But it would be nice to think it was possible for us to do the opposite, to realize we can all hold politicians to account, and understand that when they lie to any of us, they are lying to all of us. If we did that, imagine the problems we might be able to solve.

This column appears in print in the February 2020 issue of Maclean’s magazine with the headline, “In praise of shame.” Subscribe to the monthly print magazine here.