Change is on the menu. Will we order it?

Bruce Anderson: The federal election has more imponderables than any election I can remember in four decades. The biggest mystery may be who will turn out to vote. 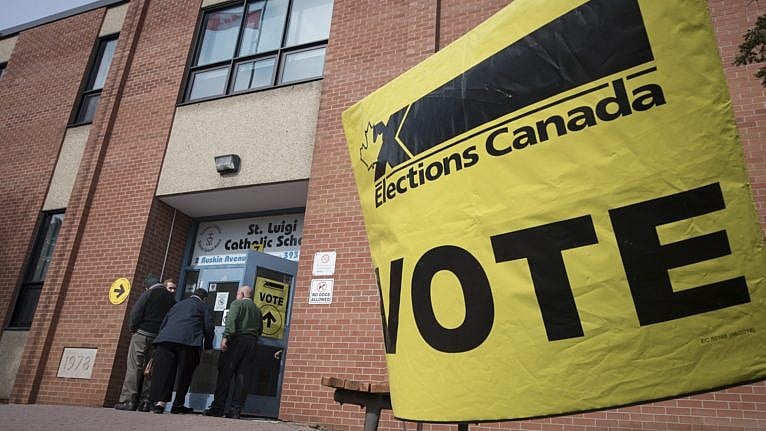 If you had to describe—in one word—U.S. national elections today, you could do worse than settle on chaos. Efforts to limit voting rights, redrawing boundaries for political ends, casting doubts on voting technologies, decrying the honesty of electoral officials—is it any wonder that trust is shredded? America’s embrace of “….all men are created equal” is never very solid, and especially tenuous on Election Day.

Canadian elections, in contrast, reflect our preference for “peace, order and good government”.  Efforts to politicize election processes have been rare, and largely unsuccessful. We’ve had just 8 Chief Electoral Officers in a hundred years, including a father and son combination who held the job for 39 of those years.

But while our system seems reliable and predictable, lots of other things aren’t.

This election has more imponderables than any election I can remember (and the first one I worked in was 41 years ago).

Even before we get to a once-in-a-generation pandemic, let’s consider some of what’s changed in the last 25 years.

The internet has upended the way campaigns deliver messages and how news about elections is shared. It’s disruptive, unpredictable and instantaneous. Millions never watch a national news program, or read a daily newspaper, and yet are dialled into what’s happening on the campaign trails.

And what about the issues today?

Canada-U.S. relations has often been an election topic, but mostly in a predictable way. We prefer close enough to enjoy the benefits of living alongside an economic giant, but distant enough to feel independent, even a bit superior sometimes. But for the last few years, most Canadians feel the U.S. is heading in the wrong direction. We no longer know what role the U.S. intends to play in the world, which uncertainty makes us inclined to keep our distance, even a bit more than usual.

The rest of the world has routinely been a discussion about trade and aid, in varying measure. But now, the breakup of the U.K. and the EU is a wild card, and bigger uncertainties revolve around China. We know China will influence our lives, but wonder if we can do much to have influence in that relationship.

Canadians historically liked small deficits and enjoyed the occasional balanced budget. Brian Mulroney felt voters’ ire when he seemed to waffle on fiscal discipline. Today’s federal Conservative leader, witnessing by far the biggest deficit in Canadian history, is only promising a return to balance in a decade, aware as he is of how public opinion has shifted.

25 years ago, climate change was more curiousity, today it’s more like calamity. Millions more voters see it as the existential issue of their lifetime and a credible policy to combat climate change is table stakes.

Many elections have been fought with “jobs, jobs, jobs” as a central theme. In recent years, incomes and cost of living and income inequality are much more potent issues. If there are lots of jobs, but yours can’t help you buy a home one day, more jobs isn’t much of an answer.

Gender and race have been at the heart of a powerful movement for equality which has been sweeping through politics in many parts of the world, as well as here in Canada. Support will be drawn to parties that offer more action, parties that downplay them will struggle to grow.

And then, there’s the COVID-19 pandemic. The pandemic has reset the notions of “time for change” versus “time to try to keep things stable”. After a year and a half of stress and uncertainty and economic disruption, this is affecting the nature and amount of change people want. Right now, about six in 10 say they want a lot of change in the direction of government, and four in 10 crave stability.

What’s more, those who are most worried about COVID are more likely to have stability on their mind. If the 4th wave continues to grow, the desire for stability might follow it.

Finally, the biggest mystery in the polling business isn’t really a technical one—it’s about human behaviour. Who will actually “turn out” to vote? Add the pandemic to the mix and we’re seeing an even more complicated calculation.

In 2019, the large majority of voters cast a ballot in person on Election Day. Today, about a third  say they will do that. About a quarter say they will visit an advance poll which would mean roughly 600,000 more than did so last election.

In 2019, less than 50,000 voters mailed in ballots. This year, our polling indicates as many as 4 million might. What they will actually do—bearing in mind that many of them probably mail infrequently if at all—could have a huge bearing on the results.

If only those who say they’ll mail in their ballot voted, the Liberals would capture 39 per cent, followed by the NDP with 33 per cent and the Conservatives with just 19 per cent.

If only those who say they’ll show up in person on election day voted, Liberals and Conservatives would both get about 30 per cent support and the NDP 18 per cent.

The rush to decide the election’s outcome before voters do is everywhere you turn, every site you click on. But if 40 odd years of observing elections, and realizing how much change surrounds us has taught me anything, it’s to take a bit of time and watch before being too categorical about what’s going on and how things will turn out.