The Pope's new prayer app is robotic, artificial and irreligious

Michael Coren: For most people of faith, prayer is a dialogue with God. A new prayer app from the Pope is almost reminiscent of the selling of indulgences. 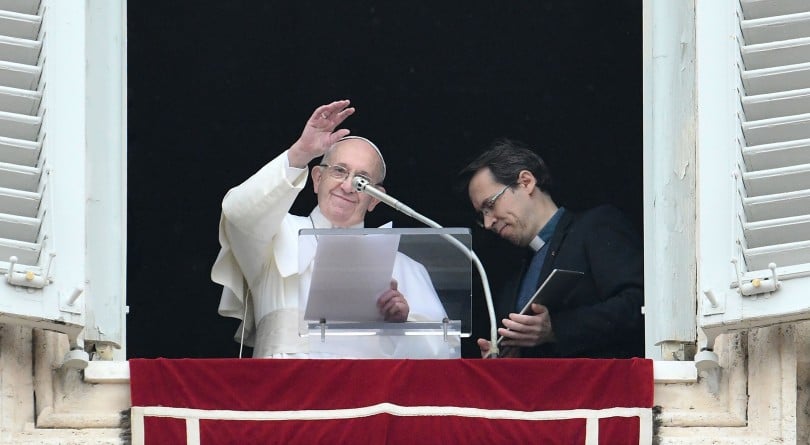 Pope Francis invited the faithful to download the "Click to Pray" app, from the window of the Apostolic Palace on Jan. 20, 2019. (VINCENZO PINTO/AFP/Getty Images)

Pope Francis is perhaps the most divisive pontiff in modern Catholic history. Adored by liberal Catholics and by many in the secular world— who, frankly, know little of what he actually believes—he is regarded by church conservatives, including some clergy, as irresponsible and even heretical.

The truth is that while he is progressive on issues of ecology, immigration, and economics, he has been extremely slow to react to abuse issues, and just last week was accused of being aware that a close friend, Bishop Gustavo Zanchetta, was known to have taken naked selfies and indulged in obscene behaviour. He accepted the man’s resignation in August, 2017 but it is claimed that he knew of his fellow Argentinian’s actions two years earlier, and rather than punish the man, appointed him to a senior Vatican position.

When charges such as this are made public, the Pope and his people tend to try to digress and distract. Which may have something to do with his new announcement of an app to encourage the world’s billion Roman Catholics to pray. Called rather glibly “Click to Pray,” the app tells users what Francis is praying for, and they can then click the thing and join the person regarded by Catholics as the direct descendant of St. Peter, in holy and devout prayer.

At the app’s launch in Rome, Francis was apparently praying about disaster. “Today, I have two pains in my heart. Colombia and the Mediterranean.” The first referred to a car bombing, the second to the drowning of 170 migrants. Both events being deeply disturbing and serious. Francis emphasized the app is so he can “stay in touch with others, to share values and projects and to express the desire to form a community.” Well, that’s okay then.

It’s a little difficult not to be cynical about this apparent embrace of the modern and the ostensibly relevant when Francis rules over a church that still forbids contraception, women’s choice, and female ordination, is mired in patriarchy and wealth, and under his pontificate—contrary to what people believe—gay men, even if they are celibate, have been told that they are not wanted in the priesthood and that they live in a state of “objective disorder.”

And what is the man saying about the nature of prayer? It’s not the stuff of gimmicks, and one of my main concerns as a Christian is that prayer is abused and exploited both as a word and a concept. Politicians obsessively tell us that they are praying when a tragedy occurs, and public figures who have never prayed in their lives send their “thoughts and prayers.” Prayer is not an emotional spasm, not an empty gesture, not a substitute for action. For the Christian, and for most people of faith, it’s a dialogue with God, an expression of a relationship, a conversation and a conduit.

Søren Kierkegaard put it like this: “Just as in earthly life lovers long for the moment when they are able to breathe forth their love for each other, to let their souls blend in a soft whisper, so the mystic longs for the moment when in prayer he can, as it were, creep into God.”

I pray silently, pray formally during set offices, pray even in stressful public situations when I feel slightly awkward doing so. I could no more not pray than not eat, and rather like food, prayer often delights me, sometimes leaves me disappointed, but always nourishes me. But prayer should not be watered down until it seems meaningless and banal, rather like a handshake or a casual “How are you?” Prayer is about letting go, allowing, accepting.

In a way, it’s a profound acquiescence, a sometimes reluctant acceptance that we may not know what is best and that there is someone above and beyond us. That’s why prayer is so important. It helps us find the prism of faith and filter of intellect through which we can understand the meaning of texts written so long ago.

Which is why the notion of a prayer app is so jarring, especially when it comes from the Pope! It’s almost reminiscent of the selling of indulgences by the Roman Catholic Church in the early sixteenth-century, one of the events that led to the Reformation. It all seems so robotic, formal, artificial and—forgive me—irreligious.

At a time when hardly a week goes by without another disgusting revelation concerning priests sexually abusing children and the Church doing nothing about it and often disguising or denying the crimes, this surely cannot be the most appropriate and ethical use of the Pope’s time and influence. Beware fiddling while Rome burns, whether you’re a Caesar or a Pope. I will pray for Francis over all this; but not by using his app.