How climate change is destroying the Arctic

Natan Obed: While some of the biggest polluting countries continue to turn a blind eye to climate change, Inuit don’t have that privilege. 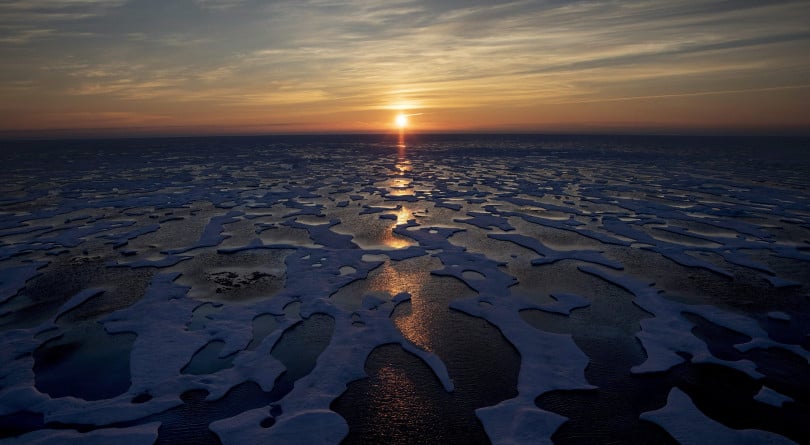 The midnight sun shines across sea ice along the Northwest Passage in the Canadian Arctic Archipelago, on July 22, 2017. Canada is warming up twice as fast as the rest of the world and that warming is "effectively irreversible" a new scientific report from Environment and Climate Change Canada says. (David Goldman/AP/CP)

Natan Obed is the President of Inuit Tapiriit Kantami, the national representational organization for 65,000 Inuit in Canada.

Inuit have always been a people of action, and for millennia, our ability to react and adapt to our environment has allowed us to thrive in one of the coldest places on Earth. We have taken that multi-skilled approach and used it to guide the development of a National Inuit Climate Change Strategy, which we launched on Friday in Inuvik.

The strategy proposes to shape public policy through coordinated action with governments and organizations in five areas (knowledge and capacity building; health, well-being and the environment; food systems; infrastructure; and energy). It serves as a guide for current and future partners through the framework of Inuit knowledge and rights.

It sets an ambitious societal target given the current temperature of climate discussions: improvement of Inuit quality of life through inclusivity, equity and sustainability. It asserts that for climate actions to be effective in Inuit Nunangat, they must be in line with the collective Inuit vision for building the prosperity and wellbeing of Inuit Nunangat.

In Inuit Nunangat, our homeland, rising temperatures not only risk undermining our existing infrastructure and increasing food insecurity, it also creates life-and-death situations for even the most experienced hunters who now travel and hunt in an increasingly unpredictable environment. People traveling by snow machine on well-known routes fall through the sea ice with alarming frequency. Sea ice is slow to form, reaching only about 40 per cent of its usual level in the early months of winter.

READ: Inuit leader Natan Obed on working with the Liberals—and his vision for the future

Our strategy and its focus on the Inuit societal dimension is an attempt to mobilize in mitigation and adaption to enable our society to be resilient in the face of external forces that threaten our “right to be cold,” as Siila Watt-Cloutier has so often reminded us. As I write this, the temperature in northern Canada is an estimated 2.3°C warmer than it was in 1946, according to the first in a series of federal reports to be released as part the national climate assessment process; Canada’s Changing Climate Report. That number is about three times the global mean warming rate.

The House of Commons held a national debate on the special report of the International Panel on Climate Change, which outlined projected changes in a 1.5°C versus a 2°C world. For Inuit, this difference is profound. The difference between a 1.5°C world and a 2°C world is a sea-ice-free summer every 100 years rather than at least once in 10 years.

The United Nations Secretary-General recently warned that the Paris Agreement, which aims to limit global temperature increases this century to less than 2°C above pre-industrial levels, is already at risk as nations backslide on their commitments. An Arctic Council report released in 2017 shows that even if the Paris target is reached, our homelands are already locked into the impacts of past and current emissions for at least the next 30 years.

Immediate action today on climate change is desperately needed. Some changes in the Arctic, such as permafrost thaw, are already believed to be irreversible. Studies show that even if the Paris Agreement was successfully implemented, Arctic permafrost levels would still drop by 45 percent, putting 75 percent of our infrastructure at risk by mid-century.

Scientists estimate the amount of carbon currently stored in the world’s permafrost is almost double that currently in the atmosphere. It is released as carbon dioxide and methane as the frozen soil thaws. In Inuit Nunangat, thawing permafrost and other environmental changes are damaging our limited infrastructure, particularly housing, at a time of high household crowding.

While some of the biggest polluting countries continue to turn a blind eye to climate change, Inuit don’t have that privilege. The Arctic is being used as a benchmark by which the global community is measuring the pace of change. While the Arctic might seem like a faraway place to many Canadians, our climate and societal reality today has massive implication with yours tomorrow as the Arctic melts and climate change unfolds.

We must work together to mitigate climate change while simultaneously supporting Inuit communities in adapting to it. That means creating inter-jurisdictional partnerships to ensure climate actions are effective and beneficial to everyone, while taking into consideration the unique needs of Inuit. Inuit Nunangat has more to offer than simply serving as a warning to the rest of the world about the catastrophic changes to come. It is only through mutual respect and partnership that we can develop effective climate actions that benefit Inuit, Canadians and the global community.