Opinion: The pay equity debate is about the inexact and elastic notion of value, which is neither science nor art but closer to voodoo economics 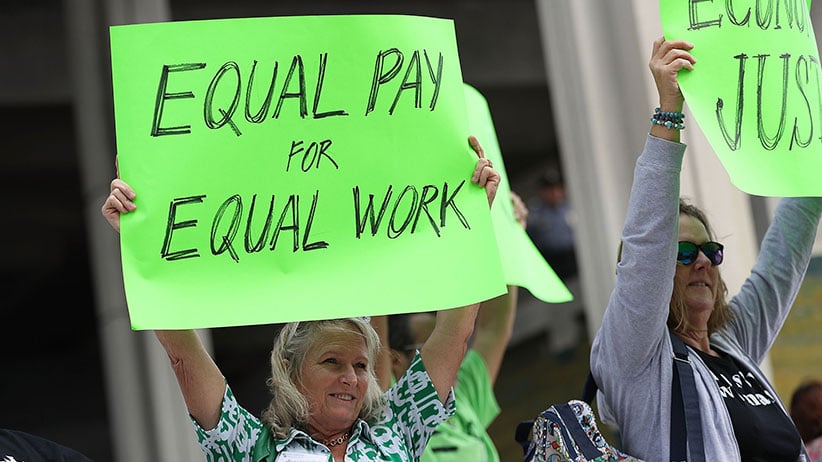 Mark Milke is author of Tax Me I’m Canadian: A Taxpayers’ Guide to Your Money and How Politicians Spend It.

Want an example of how fake news and fake policy gain traction? Consider the much ballyhooed notion of pay equity, especially because the rubbery concept is not what you may think.

A posting recently appeared on my LinkedIn feed about how Iceland passed a law requiring pay equity. More than a few comments expressed shock this had not been done decades ago. Others remarked how they wished the United States would hurry and catch up to the frozen island at the north end of the Atlantic. And American-based Fortune magazine covered Iceland’s new law this way: “Iceland is the first country to make it illegal to pay men more than women.”

Fortune got it wrong. But they are not alone. The error-prone commentary and coverage result in part because of a misunderstanding about what “pay equity” means. Here’s a hint: It has nothing to do with what most people think: equal pay for the exact same job regardless of whether an employee is male or female.

MORE: Why your justification for the pay gap is bunk

Thus if you hear the two words “pay equity” today, it is not about that. It is instead about the inexact and elastic notion of “value” which is neither science nor even art but closer to voodoo economics.

Pay equity is a boon for government workers

Pay equity policies have always been problematic, not only for taxpayers in the real world but also for businesses who would be crazy to underpay women for the exact same job because they’d lose them to competitors. (I wouldn’t deny some employers try and do this, but, as per above, it’s been illegal federally since Elvis was alive, young and just starting his career.)

I first wrote about pay equity in the 1990s when government unions pushed the claim that certain classifications in the public sector were underpaid relative to men. The result, after various court rulings, was a multi-year, multi-billion dollar windfall for government employees at the expense of taxpayers in the private sector.  (At the time, women  in the private sector phoned me up, unhappy that their tax dollars were being used to boost the pay of government workers on such spurious grounds.)

More recently, pay equity is in the news again, in Davos, where Prime Minister Justin Trudeau drew attention to it. That was a follow-up to the Liberal’s 2016 announcement that by 2019, employers will be forced to engage in so-called equity calculations.

Problem One: The pay equity gap assumptions, crudely expressed in the popular-cited statistic that women earn just 74 cents for every dollar earned by a man, skip over other relevant factors: hours worked, length of time in the workforce, absences due to childbirth, education and multiple other variables. Even where more careful analysts attempt to control for such factors, proponents will claim evidence of a wage gap yet exists. For example, one Statistics Canada analysis does just this by education cohort and still finds that women with a bachelor’s degree (between the ages of 25 and 54) still earn just 90 cents on average when compared with their male counterparts.

READ: These are the key numbers that explain the wage gap for women

But that claim leads to Problem Two: That 90 per cent figure is still proof of nothing. Here’s why: Imagine a new law firm starts up and it employs 50 women and 50 men who have the exact same education and qualifications and are paid exactly the same. No gender gap on pay exists.

Now imagine one woman takes off 10 years to have and raise two children before she returns to the firm. All else being equal, and even if the choices of the other 49 women are exactly the same as the 50 men, an average pay gap will emerge once the female lawyer returns because she now has 10 years less experience and thus may command less per hour relative not only to her male colleagues but also her female colleagues. And the 49 women in the firm will insist on it: They will not agree that the returning lawyer should be paid equal to their own compensation packages given they each have 10 years’ worth in of additional career time. The resulting female-male pay gap in the firm is not the result of discrimination, but choice.

That’s the problem with even the “90 cents” figure promoted by Statistics Canada. It doesn’t compare apples to apples, men and women of similar ages who have no children and have not taken time off work. Instead, it offers statistical apples up with banana assumptions on value—as if there were an objective standard. It throws in everyone from age 25 to 54 as if their career “inputs” are likely the same. But that’s not a reasonable assumption. The Statistics Canada “90 per cent” figure instead mixes in data from educated women (in their forties and fifties) who likely took time off from work to raise children with men, who in much higher proportions, do not.

I asked Statistics Canada for a comparison, for childless men and women ages 25 to 29, this to get an apple-to-apple comparison. They were not available to provide that but could offer a comparison of those aged 25-29 with a university degree. In that data set, women earned 94 cents for every dollar earned by men, on average.

Is this, finally, proof of discrimination? No. Because that data does not tell you what proportion of men possess degrees in higher-paying professions vis-à-vis women. (And you can’t claim that the prevalence of women with degrees in in lower-paying fields is itself proof that low-paying occupations are that way because they are mostly staffed by women; that’s circular in reasoning.) That data also doesn’t reveal if part of that cohort, (i.e., some women) have already taken a short break from the labour force and returned. That would then—see the law firm example above—skew the ratio.

But U.S. data published by the Manhattan Institute does offer comparisons of men and women under 30 who are childless and where, on average, such women now earn more than the men. That led economics writer Matthew Lau recently to this conclusion: that the wage gap has thus been “largely closed”.

Should men and women be paid the same for the exact same job, all else such as education, hours worked and the like being equal? Of course. But pay equity is not about that but a social engineering proposition cultivated by a cottage industry of human resource staff, labour lawyers, politicians, civil servants and some justices who assume a female-dominated profession pays less on average than a male-dominated profession because the former is dominated by women.

Which brings up this question: Can you think of a male-dominated profession with much risk, one arguably underpaid relative to some female-dominated profession with much less risk to life and limb? Answer: Soldiers. No matter what one thinks their “proper” pay should be, any honest observer will admit this fact: You cannot possibly calculate the risk and suffering of a soldier in war, or one who prepares for battle, and come up with an objective salary grid.

Which points to the problem with pay equity “value” comparisons between differing professions: They are wholly arbitrary.