Coronavirus and the war against extroverts

Christina Gonzales: If the decade-long campaign against extroverts didn’t rid of us, this might just be the end 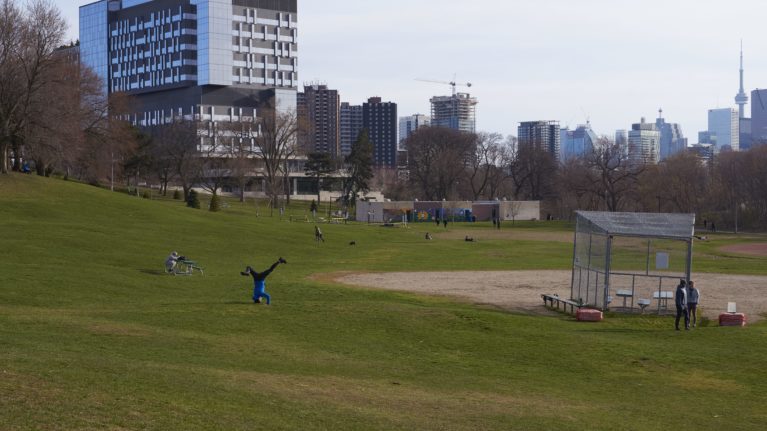 Throughout my professional adult life, it’s never been good to be an extrovert. I’ve endured a shhhhhh from everybody, everywhere; I’ve been told to pipe down by friends, family, coworkers and strangers. Life as an extrovert, in a world where it’s become increasingly fashionable to be introverted, has been a buzzkill, to say the least.

While the cultural campaign against extroverts has lasted over the past decade, it became dominant in 2012, just a few years after I entered the workforce. Susan Cain’s popular book, Quiet: The Power of Introverts in a World That Can’t Stop Talking, hit bookshelves, and suddenly, introversion became en vogue. TIME magazine’s February 2012 cover featured a young child, head tilted down slightly, standing in the corner of a room. The caption read, “The power of (shyness)”; its corresponding cover story titled, “The upside of being an introvert (and why extroverts are overrated).”

If there was ever a time extroverts would be forced to turn, to switch teams, to get rid of their pesky, too-close-for-comfort, loud-talking, cackling ways—the coronavirus pandemic might just be it.

People began getting sick of the loudmouths well before Cain’s book came out, of course. In 2003, The Atlantic published “Caring for your introvert,” by American author Jonathan Rauch. “Do you know someone who needs hours alone everyday?” Rauch asks the reader. “If so, do you tell this person he is ‘too serious,’ or ask if he is okay? Regard him as aloof, arrogant, rude? … If you answered yes to these questions, chances are that you have an introvert on your hands—and that you aren’t caring for him properly.” The article remained the most-clicked story on the publication’s website for a few years.

There were events that turned us off extroverts, too. The one that arguably affected my generation the most was the 2008 Wall Street collapse and consequent bank bailouts, which left a sour taste in the North Americans’ mouths; suddenly, all those brash, well-heeled bankers (poster boys of extroversion), became public enemy number one. (Cain, a Harvard Business School grad, details in her book that extroversion is hailed as a righteous quality in business school, where socializing is “an extreme sport.”)

In 2009, Barack Obama was voted into office. The man with a soothing, baritone voice, raised in Hawaii but bred in Chicago (yet so not Chicago-ian in demeanour), was a breath of fresh air. In a 2016 New York Times article called “Obama After Dark: The Precious Hours Alone,” writer Michael D. Shear compares Obama to Bill Clinton, a clear-cut extrovert: “President Clinton was up late like Mr. Obama, but he spent the time in lengthy, freewheeling phone conversations with friends and political allies, forcing aides to scan the White House phone logs in the mornings to keep track of whom the president might have called the night before,” Shear writes.

“A lot of times, for some of our presidential leaders, the energy they need comes from contact with other people,” Historian Doris Kearns Goodwin, goes on to say in the piece. “[Obama] seems to be somebody who is at home with himself.”

MORE: Footprints of the coronavirus: How it came to Canada and went around the world

Being at home with one’s self is certainly something everyone is learning during the COVID-19 lockdown. Since mid-March, extroverts have been tucked away inside their homes alone or with their immediate households barred from the very things that give them true meaning—dinner parties, business meetings, mommy meet-up groups, team sport. All the places extroverts went to thrive have been shut down.

So what is it exactly that extroverts thrive on, you ask?

Lest we forget that extroverts actually take one for the team: I’m the flight passenger sitting in the seat next to you, who listens to your entire life story (on a flight home from Ottawa to Toronto late last year, the man I sat beside on the one-hour jaunt, thought we’d become buddy-buddy enough that he added me on LinkedIn the night we landed; I’m the one who has to be engaged in the long, drawn-out chat with my husband’s distant relative; I’m the one who talks to all those eager conversationalists lurking everywhere, so you don’t have to.

But COVID is making even a bona-fide extrovert like me turn on my own people. At first, the change was necessary, even subtle. Social distancing meant that everyone on the street became a threat, so just as the health authorities recommended, I kept my distance.

Some seven weeks later, and cooped-up extroverts cannot help but exert their true selves. They’ll mostly ambush you at grocery stores: the man whose job it is to regulate the line in front of my neighbourhood Rowe Farms store began telling me this long-winded story about how he used to work at the local Irish pub down the road but had “had enough.” His boisterous utterance of four sentences felt to me like forever, as I envisioned millions of droplets of his potentially hazardous saliva spritzing onto my face. I don’t care, I thought to myself.

Another lady kept turning to those around her to complain about the zig-zagging line in front of The Big Carrot, and when everyone else refused to play along, she turned to me: “Are you a regular here?” She asked. “Kind of,” I said, shrugging my shoulders and rolling my eyes. I left it at that.

Look, I’m not proud of any of this. I wish—and pray—that one day soon, I can go back to my former self: the person who actively listens to strangers’ stories; the person who has no problem throwing around a double cheek-to-cheek kiss at the end of boozy dinner party; the person who has spent her entire life with a sign tattooed on her forehead; “EXTROVERT.”

For now, we’ll be hibernating inside our homes in the digital realm—on WhatsApp, Zoom and on Twitter—waiting for the day when we can go back to laughing loudly and being our most authentic selves, just so long as coronavirus doesn’t get rid of us first.