Coronavirus in Canada: When freedom is a liability

Adnan R. Khan: Provinces are having to crack down dramatically to get people off the streets. Can our free societies meet the challenge of coronavirus? 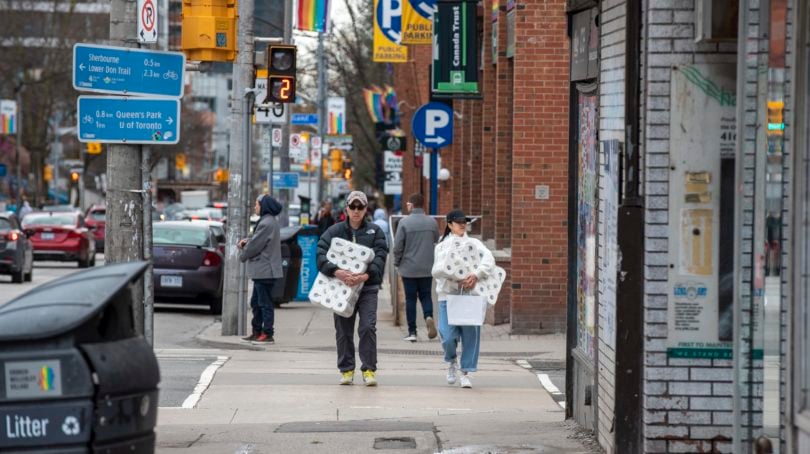 Last week we had what, at least on the surface, looks like the first good news out of the current coronavirus crisis: China announced that it had finally reached the point where there were zero new cases of local transmission in the country. In Hubei province, the epicentre of the outbreak, there were zero new infections, period.

That means this aggressive contagion can be defeated. It offers hope to the rest of the world.

But if we dig just a little deeper, the how of China’s success raises a whole new host of concerns. It took, for instance, at least two months for Chinese authorities to finally get their outbreak under control. The vast extent of the coronavirus’s spread was the inevitable outcome of what was initially a poor response, compounded by an authoritarian government’s own internal neuroses.

The Communist party politicized a public health crisis. It worried more about its own political fortunes than the lives of its citizens. It lied and dissimulated. It punished experts who raised their voices. And the contagion exploded.

Then, the Chinese suddenly shifted course. A massive lockdown was imposed, the kind only a police state can muster. Chinese citizens were not simply told they should remain indoors, they were told they must. And the rules were aggressively enforced.

Even then, it took two months for the tide to finally turn. And it’s still not over. Zero new cases does not mean the coronavirus has been eliminated. Any let up in the measures the Chinese have taken could very well lead to another outbreak. Experts are warning that the best we can hope for at the current stage of the pandemic is to keep it under control until a vaccine is developed, and that’s at least a year down the road.

How do we then enforce the kind of compliance necessary to maintain such a high level of vigilance? Even at this early stage—and we still are at the beginning of this pandemic—people are not listening. France was forced to impose fines on its citizens after people ignored requests to stay home. Italy and Spain have gone a step further, levying criminal charges on those who break isolation rules.

California, New York and Washington have all imposed shelter in place orders. Ontario and Quebec both ordered all non-essential workplaces places to close. Other provinces are threatening fines and arrests if people ignore 14-day self-quarantine orders.

But what happens two months, or six months, down the road? Can our societies, spoon-fed the idea that individual freedom is sacrosanct—accept such draconian measures? Will our social fabric, already frayed, completely disintegrate?

Here, China, as a consequence of its historically authoritarian system, has an advantage over us. “The Chinese are brought up from a very young age to accept the idea of self-sacrifice for the sake of the nation,” says Ilter Turan, professor emeritus of political science at Bilgi University in Istanbul, Turkey. “There is a dark side to that kind of indoctrination, of course, but under certain conditions, it can also prove useful.”

Indeed, South Korea and Japan, both of which have had some success in controlling the spread of the virus, are famous for raising obedient children. The concept of individual freedom is not absolute in those countries.

But in countries like Canada and the U.S., where individual freedom is accorded near limitless value, our societal foundations are being shaken by demands that we forego individualism for the sake of the common good.

What I think we’re learning here is that individual freedom is not cumulative. More freedom for each man, woman and child in our society does not translate into more freedom for our society as a whole. In fact, it can have the opposite effect: freedom, under some circumstances, functions like a resource; the more of it some people have, the less is available for others.

We may think the simplest freedoms, like going for walks or grabbing a coffee, should be inviolable, but under such extreme circumstances, even those seemingly innocuous acts of everyday life can have freedom-destroying consequences for others. The latest research shows that this novel coronavirus can survive for hours in the air and days on surfaces. We have to assume that our public spaces are covered with it and that every time we go out, we spread it further, risking not only ourselves but, more importantly, the most vulnerable in our society.

Until we learn that lesson, we will need authoritarian measures to pull us through this. As German Chancellor Angela Merkel, who lived through the authoritarianism of communist East Germany, conceded: “For someone like me, for whom freedom of travel and movement were a hard-won right, such restrictions can only be justified in absolute necessity.”

CORRECTION, MARCH 24, 2020: A previous version of this article stated that the National Guard deployments in California, New York and Washington were undertaken to enforce shelter in place orders. For the time being, they are only involved in humanitarian assistance.