Courts don't have a monopoly on justice

Opinion: Many forums of judgment exist in Canadian law and democracy—and we should be imaginative about crafting new ones 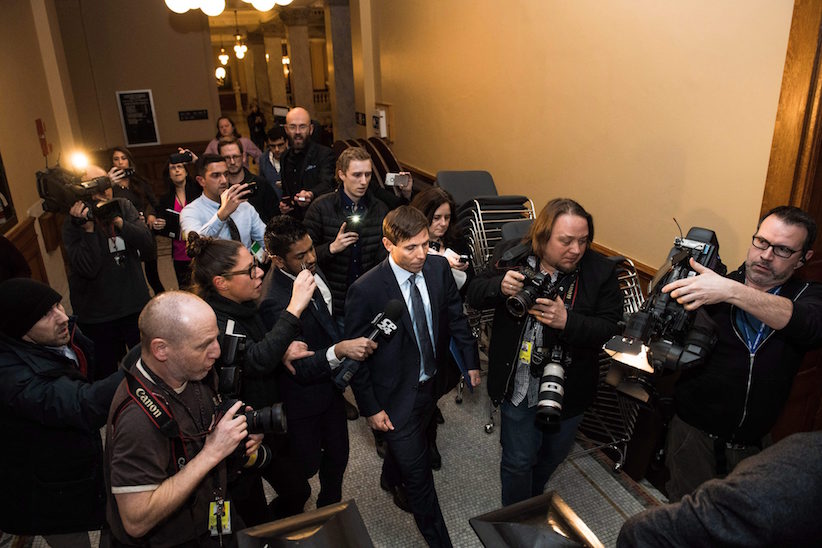 Looking down his microphone at a room full of journalists-turned-prosecutors, Patrick Brown’s only hope last Wednesday night was a jurisdictional gambit: “I have instructed my attorneys to ensure that these allegations are addressed where they should be: in a court of law.”

But the bedraggled Progressive Conservative leader’s manoeuvre didn’t work. And nor should it have: in the eyes of his caucus, the media and the public, credible accusations of preying on teenage women did not befit a party leader months out from a provincial election.

Legal ethics guru Alice Woolley captured the sentiment of many jurists on Thursday when she tweeted that she believes in “the presumption of innocence in criminal trials and the right to a zealous defence. But it’s not salient to the public’s response to credible allegations of sexual misconduct vetted by reputable journalists.” Postmedia’s Andrew Coyne took a similar tack, noting that “the courts are properly required to find guilt beyond a reasonable doubt before convicting someone of a crime, but that does not mean the rest of us cannot form reasoned inferences from the evidence available to us.”

This contrast between criminal proceedings and the process to which Brown was ultimately made to submit should push us to think about what adjudicative frames are available in contentious moments like this one and what each frame affords. Real courts and the court of public opinion are just two of the numerous ways democratic societies can—and should—judge. A plurality of forums of judgment exist in Canadian law and democracy—and not only are they fair and reasonable, we should be imaginative about crafting new ones, too.

Woolley emphasized that the allegations against Brown were “vetted by reputable journalists”—and CTV’s Glen McGregor, who broke the story, certainly qualifies. Journalists exercise judgment in a public forum and on behalf of fellow citizens. They frame issues, they verify facts, they seek corroboration for stories, and they “hear the other side” by asking for comment from their story’s subject. Ultimately, they offer conclusions, which on nights like Wednesday can feel more like verdicts.

And after CTV had done its work, another quasi-judicial process kicked in: Patrick Brown’s caucus assembled on a conference call. The adjudicative principle in that case was that a parliamentary leader must command the confidence of his or her caucus; these legislators became a different sort of judge of Brown’s fitness. As the Globe and Mail’s Adam Radwanski reported: “Twice, on conference calls just before and just after midnight, MPPs rebuffed pleas from Mr. Brown for a little more time to get his side of the story out.” If the calls had gone differently, it is conceivable that the caucus would have granted Brown’s appeal for more time—and he would still be leader.

Indeed, when only an estimated 12 per cent of sexual assaults reported by police lead to a criminal conviction, we should welcome alternative forums of adjudication and accountability. In the wake of the Jian Ghomeshi trial, Toronto-based criminal lawyer David Butt shone the light on potential alternatives in the context of sexual assault allegations, like Crown-sponsored civil litigation of such claims: “[It] would mean no criminal conviction and no jail sentence, should the defendant be found liable. But, at the same time, the proof required would be on a ‘balance of probabilities,’ rather than the higher criminal standard of ‘beyond a reasonable doubt.’ As well, the alleged perpetrator could not invoke the right to silence: could not decline to answer the allegations,” he wrote.

And following media attention on the issue, many corporations have declared zero-tolerance sexual harassment policies. Both corporate policies and media coverage can give victims recourse, and neither is bogged down in rules of procedure, exorbitant costs or complex legal doctrines; in corporate policy, public opinion and beyond, we should continue to innovate to offer alternatives to a justice system that often throws up barriers for survivors of sexual violence and harassment. 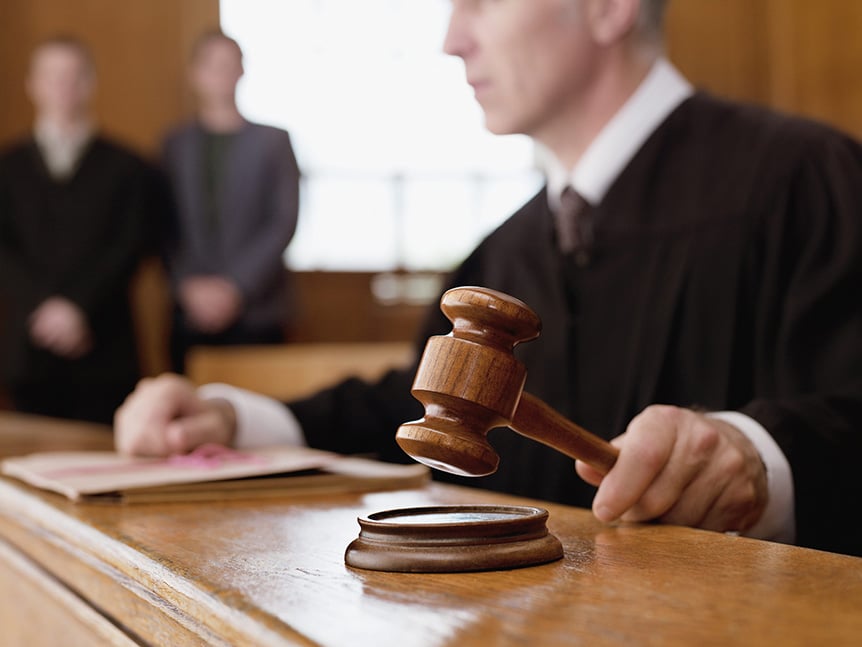 Of course, discussion of these potential adjudicative frames should also remind us that not all perpetrators of sexual misconduct are subject to the jurisdiction of parliamentary caucuses or dynamite journalists, nor can we guarantee that zero-tolerance sexual harassment policies will be applied equally to employees at every rung on the corporate ladder. Our forms of public judgment—legal or otherwise—must safely and sustainably offer recourse to the young and powerless: to the female migrant worker far from home as much as to the staffer working on Parliament Hill.

To do this, we must continue to give public opinion—which weaves through all of these forms of adjudication—pride of place in democracy. Where once a woman’s insistence that she had been sexually harassed would be greeted by silence or ridicule, now an accusation from two women can take down the leader of a provincial party. But the exact opposite minority opinion should be respected too: Those who feel that the gavel fell too swiftly in Brown’s case must be permitted to voice that thought, or else the concept of majority public opinion will not last long as a system of open and rational adjudication.

Allowing space for diverse public opinion is vital, because one day the tides may turn through a different channel of public judgment. Reprehensible candidates like Alabama Republican Roy Moore may come just short of electoral success, for instance, or people like Donald Trump may manage to reframe questions enough to slip into the highest offices. But on days like those, where our collective judgment or electoral system fails us, we will still have a public square for dissenting opinions. As American judge Learned Hand wrote, “I often wonder whether we do not rest our hopes too much upon constitutions, upon laws and upon courts. These are false hopes […] Liberty lies in the hearts of men and women; when it dies there, no constitution, no law, no court can save it.”

In democracy, we are all subject to the judgment of our fellow citizens and what distinguishes the good democracies from the bad is the ways in which that judgment is dispensed. Let’s keep talking thoughtfully and creating bravely, always in the service of a more just society.