Did Trump trigger the movement against sexual harassment?

Opinion: Victims everywhere have lost their patience and their fear, and are finding willing listeners. What changed?

By Ashwini Tambe, the University of Maryland November 29, 2017 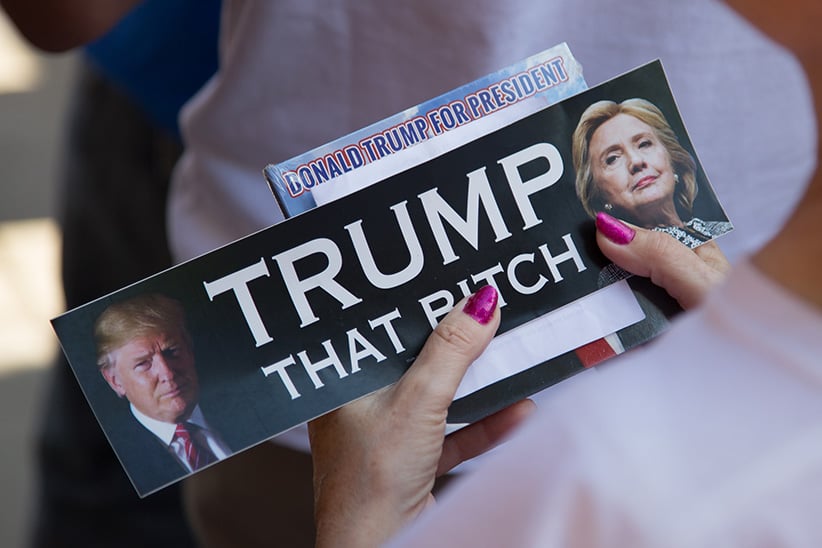 Guests wait in line before Republican presidential candidate Donald Trump addresses a rally at the Indiana Theater on May 1, 2016 in Terre Haute, Indiana. (Charles Ledford/Getty Images)

Ashwini Tambe is the editorial director, feminist studies and associate professor in the department of women’s studies at the University of Maryland. This piece first appeared at The Conversation.

The cascade of sexual harassment accusations over the past month has moved from high-profile men to lesser-known people in sectors such as higher education and the restaurant industry. In an important and fundamental way, the ground beneath us has shifted: Victims everywhere have lost their patience and their fear, and are finding willing listeners.

A question worth asking is: Why has it shifted now?

The current outpouring of allegations may seem sudden, but it isn’t surprising if you’ve been tracking the massive swell in women’s activism over the past year, as women’s studies scholars like me are doing.

Yes, the viral #MeToo campaign has been instrumental in raising this issue. According to Facebook, nearly half the people in the United States are friends with someone who posted a message about experiences of assault or harassment. But #MeToo draws its steam from other collective efforts. Even before #MeToo, the 3-million-strong private Facebook group Pantsuit Nation, founded just before Election Day 2016, witnessed hundreds of thousands of women breaking their silence about gender-based violence, among other topics. The Women’s March on Jan. 21 was the largest single-day globally coordinated public gathering in world history.

Over the past year, there’s been a clear spike in the number of U.S. women running for political office. Emily’s List reported that in 2017, more than 16,000 women expressed interest in running, compared to the 920 women who did so in 2015 and 2016 combined.

I would argue there’s a single thread running through all these phenomena: a fierce outrage about the election of Donald Trump.

Women activists are, of course, responding to a range of economic, social and political issues that a Trump presidency raises. But one of the most galling provocations is that Trump acknowledged being a sexual predator and faced no actual consequences. He was recorded saying that he used his star status to forcibly kiss and grab women — and still ascended to the White House. He has been accused of sexual assault three times — by an ex-wife, business associate and a minor — in lawsuits that were later withdrawn. Sixteen women have accused him of sexual harassment. In my opinion, the reason none of these accusations has gathered traction is because of competing news cycle distractions and the pressures his accusers face. 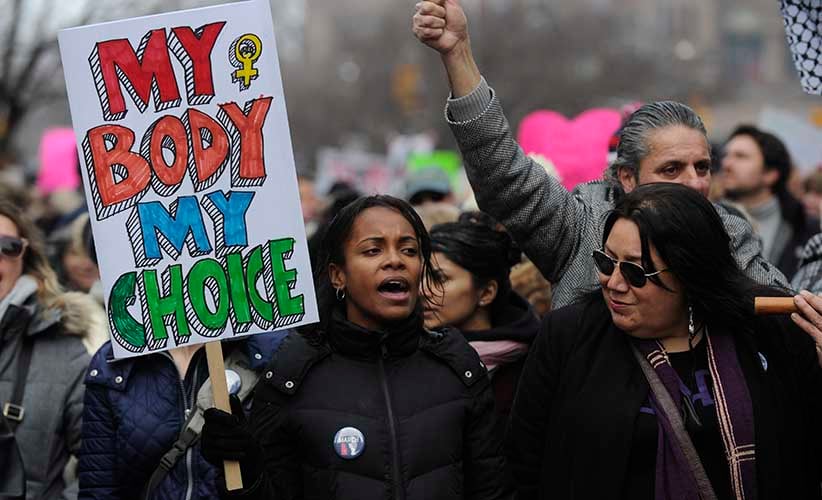 Thousands of women and girls and their families took to the streets of Toronto in a show of solidarity for women’s and human rights following the inauguration of US president Donald Trump. (Jim Rankin/Toronto Star/Getty Images)

For many, Trump represents the ultimate unpunished sexual predator. Right after the election, therapists and counseling centers were reportedly flooded with patients – especially women patients – seeking help with stress and processing past sexual traumas. Now, one year into the Trump administration, with the ballast provided by women’s feverish organizing and the instant power of social media, I see the initial anxious response to the election mutating into something else: a collective emboldening. Even if victims of sexual predation cannot affect this presidency, they can try to fix other problems. Trump has made the comeuppance of other powerful men feel more urgent.

There’s a sociological concept that captures what’s afoot: “horizontal violence.” This term describes situations where people turn on people in their own lives when provoked by forces beyond their control. The Brazilian philosopher Paolo Freire used the term in 1968 to describe substituting a difficult powerful target with a more accessible one like peers or kin. Those who use horizontal violence are typically members of oppressed groups without easy access to economic resources or institutional channels of expression such as the law or the media. One example is when low-income men who are experiencing job instability take out their frustration on intimate partners.

It is, of course, inaccurate to term what sexual harassment victims are doing “violence,” so a better term in this situation might be “horizontal action.” It is also true that most allegations involve men who have greater power than their victims; in this sense, the action is not exactly horizontal. Nonetheless, the fact that victims are naming their colleagues in such great numbers suggests an awakening: They no longer want to protect their professions and careers nor play along with open secrets. It feels important to topple those perpetrators within reach. Trump’s impunity has, I suggest, provoked the impatience and fury at the heart of this movement.

This speculation is, of course, hard to prove, since the private injuries of victims can sufficiently explain the anger they feel. Victims who have spoken out might not openly describe Trump as the first cause for their frustration or bravery. But the frequency with which Trump is described as a trigger is telling. We need to theorize, on a cultural scale, why this collective disruption has happened now rather than, say, two years ago, when Bill Cosby was accused by multiple women, or last year, when Roger Ailes was deposed.

As we dissect the implications of what some call “the Weinstein effect,” I suggest we notice something else in the very air we breathe: a deep frustration that a self-confessed sexual predator remains – thus far – immune.