Opinion: The Ontario government's plan to invest in Black youth is a good first step—but it still fails to untangle many of the wider systemic issues at play 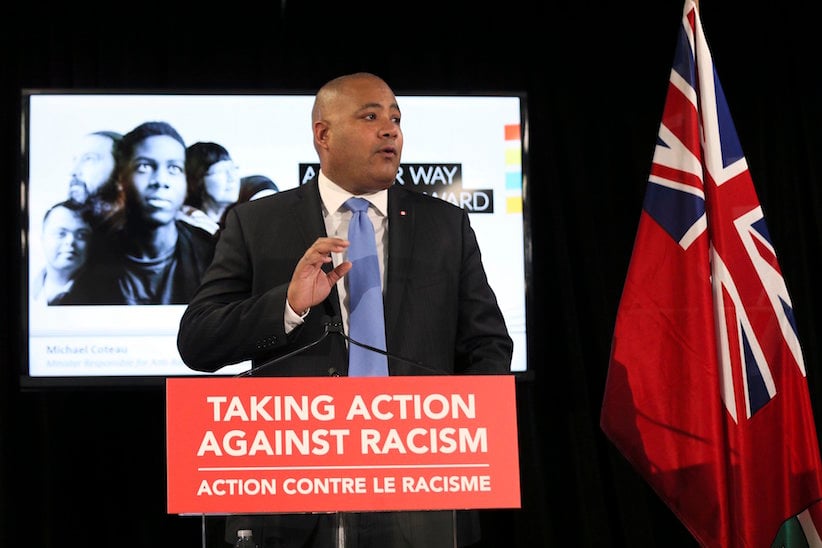 On Oct. 13, Ontario’s Minister of Children and Youth Services Michael Coteau—along with other speakers and community representatives—announced an expansion of the province’s four-year Black Youth Action Plan with a partnership between industry and the government to create more opportunities for Black youth. It involves a long-term plan to address the underrepresentation of Black people in what they called “key industries”: engineering, life sciences, finance, insurance and management. Speakers stressed the engagement of Black youth, and a push toward a path that includes meaningful employment in adulthood.

There is no doubt that Black youth in Ontario are deserving of this support, and community activists have been tirelessly advocating for support and protection for the same Black youth being centred in the Action Plan and this new addition. But while this government intervention—a plan with a $47-million budget, including a $1.5-million investment to support the Industry-Led Career Initiative—signals definite progress, it feels like just a first step, even with Ontario’s corresponding three-year Anti-Racism Strategic Plan. Systemic barriers that go beyond training and employment continue to exist—issues that governments must be involved in, too. While the action plan targets socioeconomic and educational struggles, it fails to acknowledge the ways in which the government is complicit in creating and maintaining the very same systemic barriers.

“It’s a great and needed first step, and I’m happy the government is focusing on Black youth,” says Tiffany Ford, a Toronto District School Board trustee and a member of the Ontario Black Youth Action Plan’s steering committee. But she adds that more nuanced attention must be paid to the particulars of their lives to understand the reasons why some black youth are making certain decisions. “Poverty is an issue,” she says. “Some students are going through a lot of things—they’re on their own at a young age because they can’t be at home, they come from foster care or have to support their families. Many young people have to work to survive, they are in precarious work, they are in the drug trade, they are in the sex trade, and so they don’t necessarily go to the programs that are out there at the community centre or school. To get meaningful Black-focused programming, they need more comprehensive and flexible supports.”

Indeed, a conversation about Black youth in Ontario cannot be viewed in isolation. The layers of oppression that characterize a system that fails to serve Black youth is a failure of many systems that often work in conjunction: our education system, justice system, and child welfare system. That consideration is bolstered by a timely report recently released by the United Nations Working Group of Experts on People of African Descent on its Mission to Canada. While the report’s buzziest recommendation may have been its suggestion for the federal government to consider paying reparations to African Canadians and apologize for past injustices and slavery, it also offered insight into the shortcomings of Ontario’s plan.

For one thing, the working group flagged the lack of nationwide data collection that’s disaggregated by race, colour, ethnic background, nation of origin, and other identities, something that the racial justice community in Canada has long been lobbying for. While activists and citizens living in neighbourhoods consistently targeted by law enforcement are instinctually aware of realities like carding, educational streaming and over-incarceration without statistics, a lack of data often makes it easy to ignore or disbelieve realities of oppression and inequality. Data is raw policy-driven proof that is indisputable, and simply helps to create better policy.

“Lack of disaggregated data obscures the degrees of disparity and in this case, highlights the inequities that we noticed in the treatment and specific human rights concerns of African Canadians,” says Ahmed Reid, a member of the UN Human Rights Council and one of the five independent experts on the working group who visited and met with groups in Ottawa, Montreal, Toronto and Halifax. “We hope the government will take it on board; Canada has a serious lack of race-based data.”

The report also noted issues around racial profiling, citing research on carding and street checks from York University and the Ontario Ombudsman. It flags the “excessive use of force and killings by the police, especially in response to cases involving vulnerable people of African descent, who are mentally ill or otherwise in crisis,” and the working group calls for a trained mental health professional to be on the ground when police are called to a scene. “We looked at interactions and noticed where you see an African Canadian being killed by law enforcement, oftentimes you will read this person had a mental problem,” says Reid.

The link between deficiency of police accountability for killing Black people cannot be separated from the failure by governments to collect and analyze the data. The report notes that Ontario’s police watchdog, the Toronto Police and the Ministry of Community Safety and Correctional Services do not collect race-based statistics on fatal police incidents; Statistics Canada and the Canadian Centre for Justice Statistics only track fatal police shootings if an officer is criminally charged, and doesn’t track data on race.

Also, the compounding of issues that Black women confront—which also affects their children and families—have a wide-ranging effect on the Black community in Canada. An understanding of intersectionality can go a long way in addressing the unique issues Black youth face by contextualizing not only their circumstances, but their caregivers.

“Every city that we went to, we realized that people understood the racialization of the issues, but the feminization understanding was stark from our vantage point,” says Reid. “We hope the provinces deal with issues of intersectionality—this goes back to disaggregated data—this is where you can identify disparities and issues, as it relates to education, housing, and other issues.”

The report cites the alarming rates of Black child apprehension by child welfare agencies across the country, stating that 41.8 per cent of the children and youth in the care of the Children’s Aid Society of Toronto are of African descent, despite Black Canadians making up only 6.9 per cent of Toronto’s population and just 8 per cent of the city’s population is under the age of 18. These are the same youth that Ontario’s action plan seeks to lift up. If the state lacks the cultural competency to support and trust Black women in building and sustaining their families, how can communities have faith that the government has the tools to encourage Black youth to succeed?

The Ontario Black Youth Action Plan is an important step in recognizing the unique barriers faced by Black youth. But it remains to be seen if the provinces and the federal government will divest in the systemic barriers that manifest institutionalized anti-Black racism; without that, plans, strategies and consultations will continue to fail in achieving real change for Black Canadians.