Donald: Give us your wired masses, yearning to breathe free 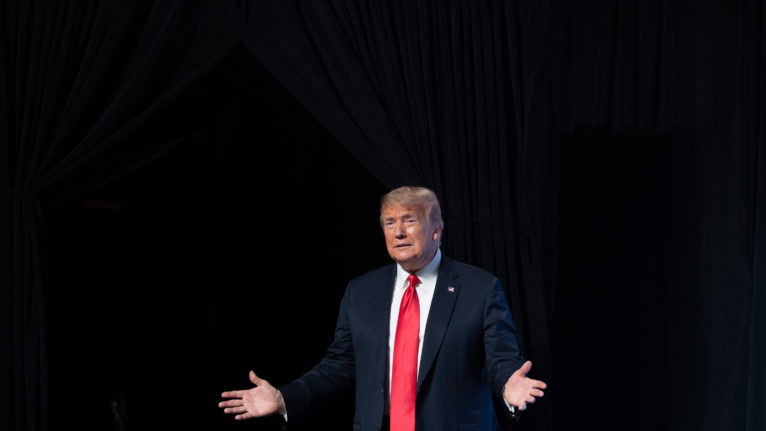 Trump speaks during a Students for Trump event at a church in Phoenix, Ariz., on June 23, 2020. (SAUL LOEB/AFP/Getty Images)

Two historic developments have aligned to create a momentary and monumental opportunity for Canada.

First, we are weathering a global pandemic that has dramatically changed the way the world works. Suddenly, we are all discovering that the technology exists to allow many of us to work remotely, and to continue to be effective doing so. In fact, experts are predicting a sizeable portion of the workforce will choose not to return to the office when this is over.

At the same time, a tide of nationalism has risen in many western countries such as the United Kingdom and the United States. There, governments are making it increasingly difficult for immigrants to arrive or to stay.

For example, President Donald Trump signed an executive order that cancels the H-1B visa category, which permits highly skilled workers, who have already been offered a job by an American company, to live and work in the United States. American economists and CEOs are horrified at the decision. Without these well-trained immigrants, Silicon Valley would still be pastureland.

And here is Canada’s golden opportunity: we should immediately offer residency to all 85,000 holders of H-1B visas, permitting them to live in Canada while they work remotely for their current employers in the United States.

READ MORE:  The American Dream has moved to Canada

The benefits to Canada are numerous and obvious. To begin with, this would not take any existing jobs from Canadians. There are legitimate (albeit mostly misplaced) concerns that our current unemployment crisis would be exacerbated by increased immigration. Holders of this visa would be permitted to remain only if they have a full-time job in the United States (or another foreign country) that can be performed remotely.

It would give Canada an instant boost in revenue. These new arrivals might be working in the U.S., but they’d be paying their taxes and spending their paycheques here. Our services industry is in desperate need of a boost, and with international travel facing a long recovery, relying on foreign tourism will not be enough. We can replace that by effectively transplanting billions in household spending that is currently rooted south of the border.

This new visa class would be a tremendous boost to our pool of creative and productive talent. Canada has traditionally been a runner up when it comes to attracting the world’s best and brightest. This has gradually been changing, but this new visa could accelerate the shift. We would inject some of the world’s brightest minds into our cities, and if the visa provided a pathway for citizenship, we could hold on to that talent and all the benefits it would bring.

As many public policy experts, demographers, economists and others have pointed out, we need more Canadians. We have an ageing population that will produce relatively less tax revenue to support a growing number of elderly people. And if we want to achieve our full potential, we need a critical mass of talented citizens to do so. This is an argument that has been best made by Globe and Mail writer Doug Saunders in his recent book ‘Maximum Canada’. This visa class is one of the easiest paths towards that goal. The U.S. government has basically pre-screened all these immigrants, vetted them for security and health issues, confirmed they are employable, and socialized them to living in a western democracy. We should be paying Washington for the privilege of taking these people off their hands.

This visa would be an obvious blessing for the would-be immigrants. Unwelcome in the U.S. and facing unemployment, they will be greeted warmly here and allowed to continue to do their work and even remain in the same time zone. What’s more, they will benefit from Canada’s high quality of life, and excellent (but improvable) health-care system.

They will also discover that the American Dream has moved north. Compared to the United States, Canada now has higher rates of employment, education and homeownership. We even have longer lives and more vacation days. And while working from home is not ideal, all of our major cities now have ample shared workspace facilities.

This visa is even good for American employers. First and foremost, they get to keep their talent. And, they would no longer have to pay extravagant health insurance costs. Even Donald Trump would welcome this move. In his mind, out of sight is out of mind and these would be just one less class of immigrants to worry about.

We could call this an IWFC: an International Work From Canada visa and offer it to more than just H-1B candidates. If someone has a high paying job in Paris that they can do on their laptop from Montreal, why wouldn’t we want them to do so? It is a new world, and we need to look at it from a new angle. As the global workforce shifts to tele-commuting, the idea of living in Whistler while managing a marketing team in San Jose is not only possible, it is logical.

If Canada were to seize this opportunity, we would have to do it fast. Other countries are likely considering something similar. Who wouldn’t? And, the American election is just months away. The political landscape could shift, and this incredible pool of talent might be allowed to remain in the U.S. Let’s act before then, let’s bring them home to Canada, before someone else puts out their own welcome mat first.