Adnan R. Khan: In the U.S. president's worldview, the strong must beat the weak into submission. But Iran is proving it is not so weak after all. 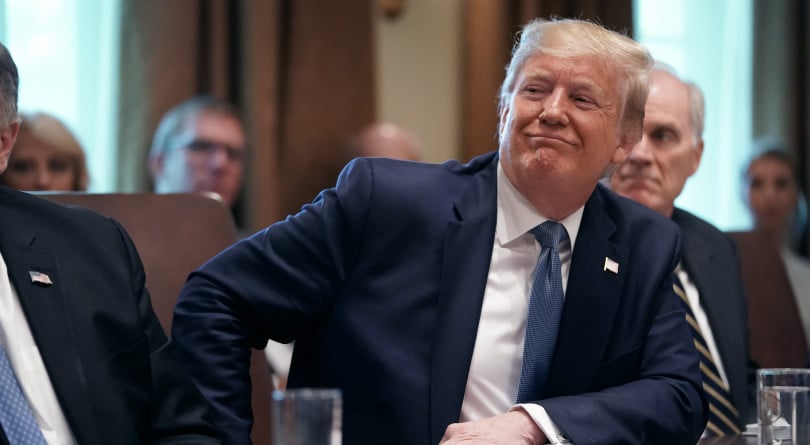 I’m going to go out on a limb here and say that Donald Trump means it when he says he doesn’t want a war with Iran. If there is one constant in an otherwise chaotic presidential term, it’s that the U.S. president is singularly obsessed with keeping some key campaign promises, no matter how ill-conceived they may be. And he promised this much to his base: No more wars.

He also promised a border wall, and stuck to that fight in the face of court injunctions, criticisms from within his own party and strong public opinion against the idea. In the end, he has used his presidential authority to unilaterally requisition funds from the Air Force to get his wall built.

Similarly on immigration, the environment and financial regulations: Rule by decree has become a mainstay of the Trump presidency. That’s no surprise for a man who to his core believes the strong have a duty to browbeat the weak into submission. And he sees himself as the Alfa of Alfa Males. Resistance is futile.

Only it isn’t. Trump may be able to bend U.S. law to his will, using the vastly expanded presidential powers he wields (something American lawmakers will have to change once he is out of office) but he’s finding it much more difficult to strong arm America’s enemies.

China is not folding in the face of Trump’s trade war; North Korea’s dictator, Kim Jong-un, has transformed Trump’s threats into a love affair and barrelled ahead with his weapons programs; and then there is Iran, against which Trump has launched his most dangerous game of chicken yet.

READ MORE: Will Trump’s hotels finally bring him down?

This past weekend’s bombing of a Saudi Arabian oil facility was only the latest escalation, following skirmishes in the Persian Gulf and rising tensions in Syria and Iraq, where Iranian-backed militias are threatening to target American forces. The U.S. administration has already made up its mind, correctly in all likelihood, that Iran was behind the attack on the oil facility. The Iranian regime denies responsibility but Houthi rebels in Yemen say it was their drones that carried out the bombing raid which, if true, would still implicate Iran—the Houthis could only have acquired the capabilities to carry out such an attack from the Iranian regime.

The question then is: Is the U.S. willing to take the bait and escalate again? This is how wars start.

There is no indication that Iran is willing to back down. Quite the opposite in fact: On Sept. 16, Iranian State television quoted Ayatollah Khamenei as saying any talks with the U.S. were off the table and that America’s pressure tactics are “not worth a penny for the Iranian nation.” Is he bluffing? Iranian themselves say don’t be so sure.

“Iranians are used to hardship,” one Iranian aid worker, who recently returned to Turkey after visiting Iran, tells me, requesting anonymity. “And the regime is adept at finding ways to stay afloat.” He adds that the U.S. is “only strengthening the regime’s resolve and feeding the belief among people that the U.S. really doesn’t have their interests at heart.”

His assessment echoes what a group of female Iranian university students told Maclean’s in 2003. At the time, there was real fear that the U.S. would target Iran after its invasion of Iraq. The young women were preparing for war, and fretting over the ground they would lose after years of gradually chipping away at the regime’s stranglehold over them.

“Every time the U.S. pursues an aggressive policy toward Iran, it strengthens the regime,” one of them said. What they wanted was space to pursue change themselves. “You won’t accomplish that with threats.”

The Iran nuclear deal was supposed create that space. Its proponents in Iran were moderate reformers who saw it as a chance to finally begin the arduous process of integrating their nation into the global community; its detractors were regime hardliners. When Trump dismantled the deal in May last year, the hardliners celebrated.

Since then, the U.S. has sunk deeper into the current round of confrontation. Trump and his foreign policy juveniles have set the stage for America’s descent into more conflict. He may not want it, but war is exactly what he might get.