Scott Gilmore: An impeachment trial will present Trump's endless scandals as parts of a larger message that the public cannot ignore: the president is unfit 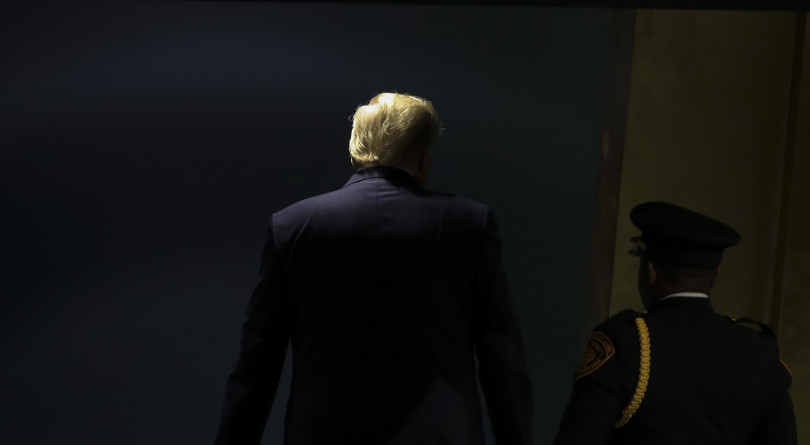 Just over five years ago Donald Trump asked the question on Twitter: “Are you allowed to impeach a president for gross incompetence?” It now appears he has his answer.

After what many saw as overlong reluctance, the Leader of the House Democratic Caucus, Nancy Pelosi finally agreed to begin an impeachment inquiry. Normally, it is the caucus which is pushed, prodded, and shepherded by party leadership to some legislative action. What has happened in Washington over the last several weeks is the exact opposite of that—the rank and file Democrats pushed Pelosi forward, demanding more aggressive opposition to President Trump and his increasingly lawless administration.

This was likely because last year’s midterm elections infused the Democrats (still battered and bloodied in the aftermath of the Trump election) with new, energetic, and angry blood. And, importantly, these new congress members, like Alexandria Ocasio-Cortez, understand how to harness the self-righteous outrage that is inherent to the black heart of social media, and then direct that anger towards their own ends.

And those ends may now be Trump’s ends. The Young Turks may have simply been at the front of an inevitable tide, or they may have been the force that actually raised the flood water. But either way, the waters are rising, and Donald Trump is on a raft that is beginning to come undone.

What happens next? The Democratic caucus will file a set of charges against the president. The House of Representatives will then investigate those charges and take a vote on whether there is sufficient evidence to prosecute the president. If a simple majority agrees, then the House appoints members to act as prosecutors and the Senate conducts a trial. If two thirds of Senators find the president guilty, then he is removed from office and replaced by the vice president

According to the Washington Post, a group of Judiciary Committee Democrats have already been quietly working on a list of charges which are thought to include “obstruction of justice, abuse of power and defiance of subpoenas, as well as violation of campaign finance law and allegations of self-enrichment.” The latest allegations that the president pressured the Ukrainian government to investigate a political rival (allegations, it is worth noting, he has essentially admitted to) will feature prominently.

There are a few reasons why the impeachment inquiry, even if the Republican-controlled Senate acquits the president, will significantly benefit the Democrats. First, it puts the evidence of malfeasance on the record and in front of the American public. While the president can argue the Mueller report, with its overwhelming proof of both obstruction and conclusion, somehow exonerates him, he will have a harder time doing it when the evidence is presented by Congress members more vocal, passionate and argumentative than Robert Mueller (and Congress members who can subpoena aids and accomplices).

Second, it will allow the media to maintain focus on one story: impeachment. To date, no  scandal has been able to hold the public’s attention, because the next day there emerges a new one, or even later that afternoon in many cases. Paradoxically, the public cannot grow sufficiently outraged because they are distracted by a new outrage. An impeachment trial will present these scandals as parts of a larger whole, each a piece in a single argument: the president is unfit.

Finally, this will take some time. Procedural poker will dictate how long, but we can be sure that the Democrats will draw it out as long as possible, ensuring that the allegations and the evidence are fresh in voters minds next November. At which time the Republican politicians who voted against the accusations will be forced to explain to voters why they officially condoned the president’s behaviour.

Republicans will need to take some dramatic decisions over the coming weeks and months. Tonight many of them are undoubtedly wondering if a President Mike Pence might be a more viable candidate in 2020. As the evidence mounts, and as Americans begin to pay more attention to the accusations, Republicans will have to decide if tying themselves to the mast of Trump’s sinking raft is such a wise decision.

You can be sure that if GOP politicians do decide to finally swim away, they will do so claiming to be “surprised, saddened, and disappointed” by what they have only just now learned about the president.