Opinion: No definitive proof exists that video-game violence translates to real-world violence. But that hasn't stopped politicians from making the link. 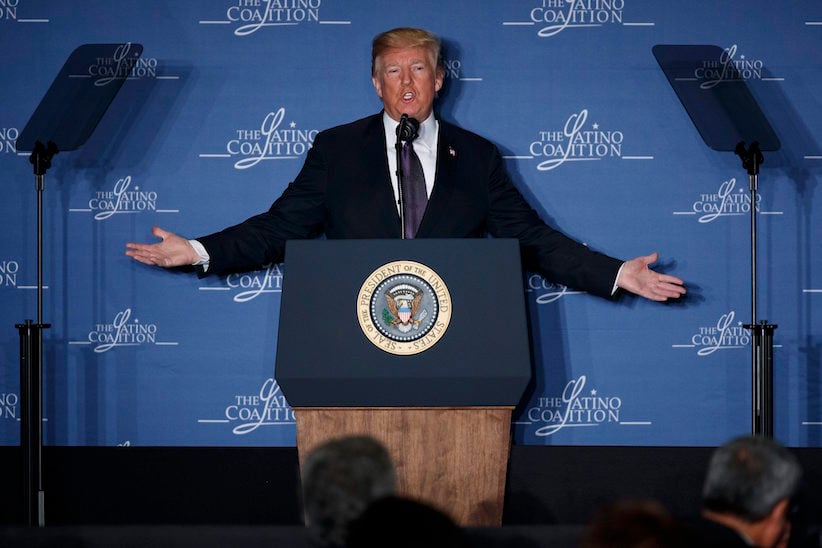 On Dec. 7, 1993, Colin Ferguson boarded the Long Island Railroad train in New York City at the Jamaica interchange station. A few stops later, as the train pulled in to the Merillon Avenue station, Ferguson drew a Ruger P89 handgun. He walked through the train, firing methodically on passengers “as if he were taking tickets.” Ferguson killed six passengers and injured 19 in the shooting. Doubtless he would have killed more, if it weren’t for the physical limitations of his weapon. While Ferguson stopped to reload his third magazine, passengers bull-rushed and pinned him until an off-duty LIRR officer was able to handcuff him.

Ferguson offered plenty of reasons for the attack (including his later infamous “black rage” defence), but none of them were related to video games. In fact, at no point during his incarceration or trial did Ferguson mention anything to do with video games, though he did at one point argue that a mysterious man had planted a chip in his brain before the shooting. That didn’t stop Joe Lieberman, a junior United States senator from Connecticut, from referencing the shooting two days later at a senate hearing on violent video games. “Violence and violent images permeate more and more aspects of our lives,” said Lieberman, “and I think it’s time to draw the line.”

Lieberman’s non-sequitur at the hearings, which assigned blame for unrelated mass violence to video games, has since become an American pastime. Every few years, when a mass shooting horrific enough to shock the public conscience causes opinion to turn against gun lobby, game makers are inevitably dragged into the conversation. In keeping with tradition, President Trump met with representatives from the video game industry yesterday, in response to last month’s mass shooting at Marjory Stoneman Douglas High School.

The meeting follows Trump’s suggestion (amidst wails of agony from the hardcore gamer community, which laid the foundations of the alt-right movement that helped elect the president) that video game violence is having a negative effect on the minds of its audience. “We have to do something about maybe what they’re seeing and how they’re seeing it, and also, video games,” Trump said last week, in a White House conversation on school safety. “I’m hearing more and more people say the level of violence on video games is really shaping young people’s thoughts.”

On the industry side, the meeting was attended by Strauss Zelnick (CEO of Rockstar Games) and Robert Altman (CEO of Zenimax, parent company of Bethesda Games), as well as Mike Gallagher (president of the Entertainment Software Association). But longtime adversaries of the industry were also present, including Brent Bozell (of the Media Research Center), and Melissa Henson (of the Parents Television Council). During the meeting Trump’s staff played a highlight reel of violent game content, including the protagonist from Bethesda-published The Evil Within being decapitated. “I don’t think there should be any government control over it,” said Bozell, speaking to the Verge, VOX Media’s tech blog. “But there is some programming that contains just absolute mind-boggling violence. We’ve all seen it. Is it appropriate in a civilized world to have that?”

The problem is, no definitive proof exists that violence in video games has any effect on this civilized world. Multiple studies, conducted over decades, have failed to prove any correlation at all. In fact, while video games have soared in popularity and sales over the past 20 years, youth violence has plummeted over the same time period. On the other hand, from what little data there is to glean (due to the U.S. federal government’s refusal to fund gun violence research), it appears mass shootings have risen in rough coincidence with the 2004 repeal of the assault weapons ban.

There are, of course, discussions to be had about the effect that video games have on players. A 2014 study from Ohio State University (led by Brad Bushman, a longtime academic bete noire of the gaming industry) suggested that white, predominantly male gamers who played violent games with a Black avatar were more likely to believe negative tropes about Black people. Additionally, lawmakers have accused the regular addition of “loot boxes” to the gaming ecosystem of converting games into casino slot machines, inveigling even minors to dish out even more money for a shot at weapon upgrades and customized skins.

These facts aside, representatives from the gaming industry have, once again, found themselves engaged in the theatre of public safety while the gun lobby attempts to run out the clock on public scrutiny. This isn’t a just a feature of Republican ethics; former vice-president Joe Biden did the same in early 2013, weeks after the mass shooting in Newtown, Connecticut.

While Lieberman’s 1993 Senate hearings at times devolved into farce (at one point, the American representatives of Sega and Nintendo hijacked the committee to denounce each other’s gun-shaped accessories), the outcome wound up becoming a net positive for the industry. A few months after the hearings, the industry’s top publishers and console makers bound together to create the Interactive Digital Software Association. The IDSA introduced the Entertainment Software Rating Board, which began assigning age and content ratings to video games, similar to the Motion Picture Association of America’s film rating system.

The establishment of standardized game ratings in 1994 gave credibility to the concept of video games as a medium, rather than entertainment strictly for children. In fact, the voluntary regulation provided by the ESRB was cited in a 2011 Supreme Court ruling, which found the criminalization of selling violent video games to minors to be in violation of the First Amendment.

The 1993 hearings were perhaps necessary for the video games industry to finally grow out of its adolescence, but there isn’t much farther that government can go without limiting game makers’ free speech rights. Since gaming industry has done its due diligence to prevent games with graphic violence and mature themes to wind up in the hands of children, the Trump adminstration’s only available steps would be to either censor games, or pressure game-makers into censoring their own content.

But all of this misses the point, as the video game industry has never had the power to effect any change in the epidemic of mass shootings. And thus, another empty moral panic comes and goes in America, a country often too eager to sacrifice its First Amendment rights on the altar of the Second.