Don’t kill supply management for Trump, kill it for us

Scott Gilmore: The defence of supply management is shamelessly insulting and costly. So why will no political party do the right thing? 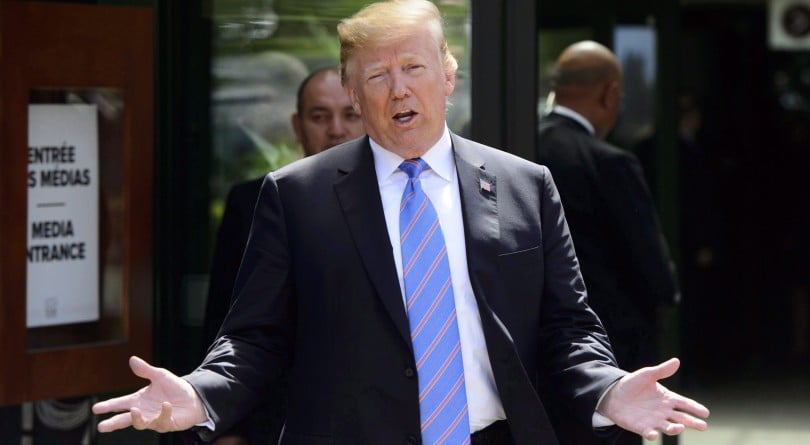 Canada’s trade negotiators are in Washington working hard to save NAFTA. But, faced with an increasingly embattled Trump administration, a possible Mexican side deal, and renewed demands we sacrifice the supply management system, the odds do not appear to be in their favour.

Not being a man for details, the president has seized on our dairy industry as an easy example of how Canada has been “so unfair” to the United States. And now many Republicans, anxious to see a deal struck before the midterms, are urging Canada to just give Trump what he wants.

But the Trudeau government, unwilling to be seen to be caving to a president with an 81 per cent disapproval rating in Canada, is reassuring farmers that they are loved.

I’m not sure if anyone is as well loved in this country as Canadian dairy and poultry farmers. They enjoy protections that are unimaginable to any other commercial sector. The supply management system limits competition in order to create artificial shortages that inflate prices while simultaneously limiting consumer choice. By some measures it is a $32 billion Valentine’s Day card.

“Supply management” is a topic that encourages most readers to turn the page. It’s a confusing issue, abstract and seemingly intractable. But indulge me for a minute as I pour you a steaming cup of outrage.

READ MORE: How to scrap supply management—a lesson from down under

By limiting competition and imports, successive Canadian governments have allowed 3,200 dairy, poultry and egg producers to thrive on the backs of the other 36 million Canadians. The University of Manitoba has calculated this costs families between $339 and $554 per year. Every year.

The defence of this anachronistic mess is shamelessly insulting. Supporters claim it is the only way to maintain “the safety and quality” of these products—yet won’t explain how all the other foods we import, from avocados to zucchini, aren’t poisoning us. They promise us that killing supply management will actually create higher costs for consumers—in defiance of common sense and every economic principle known to man. They argue the oligopoly prevents unexpected shortages—implying a post-supply management dystopia where yogurt riots paralyze the nation. Some insist that, unprotected, these farms would close, tearing the heart out of the country—because the only thing holding this nation together is maple syrup, the CBC and a unifying love of overpriced milk.

Commentators often explain that politicians reliably defend this indefensible policy because the industry is concentrated in a handful of key ridings. This is repeated so often it has become a truism, yet the claim doesn’t stand up to much scrutiny. There are dozens of ridings that depend on the fishing industry, yet we don’t have a supply management system for them. And there are possibly hundreds of other sectors with more voters, more lobbyists, and are frankly more important to our economy (not to mention our sense of patriotism).

READ MORE: Critics of supply management are milking the argument

No, I believe Liberals, Tories and NDP defend the supply management system for two different reasons. First, there is the payoff worry. It is accepted that if the government shut this con-job down, they would need to spend billions to compensate the farmers who currently benefit. This is bollocks. For decades the government has allowed this cartel to fleece Canadians. Ending this practice is merely stopping a privilege they never deserved. We don’t owe another bloody penny. In fact, if this were a just world, a class action suit would force these farmers to repay all of us who have been overpaying for our groceries all these years.

The second reason is that Canadian politicians are faced with a prisoner’s dilemma. If the Liberals do the right thing and kill supply management, the Conservatives will jump and shriek like enraged chimpanzees, flinging their poo across the aisle with frenzied indignation. Just like the Liberals would have done if Harper had put an end to the oligopoly, the hooting and hopping. They’re all terrified of being accused of “betraying dairy farmers”, no matter how false the charge.

If it were not for these reasons, Canadian negotiators would happily kill supply management—to placate Trump and secure NAFTA yes, but more importantly to free Canadian consumers from an unneeded and costly cartel. Sadly, however, the Conservatives are cynically readying themselves to screech and squeal if they do, and the Liberals are cravenly terrified that they will.