Don't let coronavirus turn us into a nation of snitches

Jen Gerson: Hotlines for reporting 'non-compliance' are evil tools that will damage the very trust we'll need to rebound from this crisis 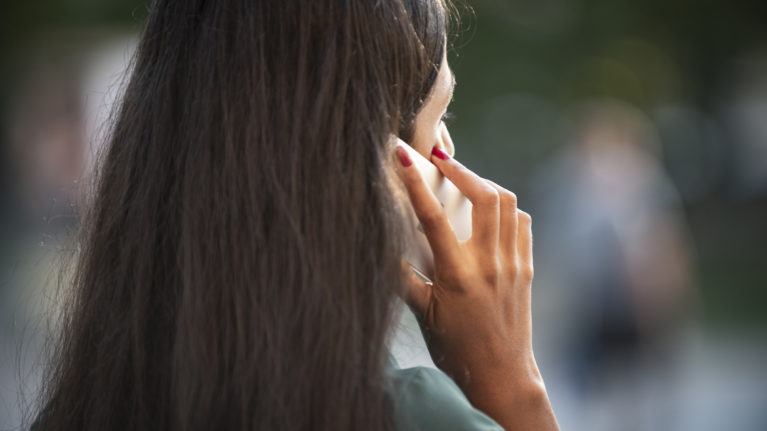 Social media has become a difficult place for me, of late. Largely because my own emotional state seems to run perfectly contrary to that of the sensible majority. There’s an isolation in this that runs deeper than the one I feel by dint of merely being cooped up inside the house.

Take, for example, the Twitter hashtag trend #Covidiots: initially intended to accompany candid camera shots of callous young people gathering, it grew into a broader habit of gleefully shaming anybody displaying behaviours that were considered sane and normal only a few weeks ago.

I struggle to share in the schadenfreude—or ritual humiliation, or whatever you care to call it—despite the sudden consensus that this was the new, patriotic thing to do. Lives are on the line!

That’s because these shaming episodes seem to assume stupidity or callousness, rather than desperation.

No doubt some of the social distancing deniers are, in fact, merely selfish and unfeeling. Certainly, there has been willful flouting of common sense restrictions in some of these gatherings, and especially in the protests of social distancing now springing up around America. The term #Covidiots is not always unwarranted.

But isolation is a profoundly damaging experience for most humans. What we are asking people to do with these new social distancing measures is analogous to sexual abstinence. We are now well aware of the limitations of abstinence-based sexual education—teenagers are less likely to put off sexual relations even when they believe their immortal souls are at stake. I have a similar limited hope in the long-term success of strict social distancing.

How much longer can we reasonably expect our children to spend their days staring vacantly at YouTube? To circle around empty parking lots and to be denied barricaded playgrounds? I am not sure how much longer I can bear the sound of a child screaming to be let out.

And how will governments respond when, inevitably, their people begin to fail?

We sit on a precipice, here. Either informed and consenting citizens will continue to engage in social distancing to the degree to which they are able; or we are going to accept increasingly authoritarian measures of social control, demanding our governments clamp down ever more strictly until the mob clamours for the #Covidiots to be literally welded into their homes—as the Chinese authorities have done.

We can act out of a spirit of compassion, understanding and harm reduction—one that accepts that everyone is inevitably going to slip, and that the pursuit of perfection is the enemy of good.

Or we can continue marching into the maw of panic.

Admittedly, I am in an apocalyptic mood, but I see few signs of reassurance when I read about a man being fined $880 for using a park chin-up bar; restrictions against “lingering” on park benches; and admonishments to avoid talking to your neighbours at the end of your driveway, or play ball with your own child in a park.

These latter examples seem to be operating by a paternalistic, slippery-slope logic. No one even claims that these acts are dangerous in and of themselves, but rather that they might lead to (hushed whisper) … gatherings.

The logic is dangerously perverse; the more citizens see these rules as absurd and arbitrary, the more likely they are to rebel against them. There are not enough officers in all the country to fine everybody, though I’m sure they’ll try.

But of all these developments, there is nothing that I find more disturbing than the snitch lines.

Right across the country, provinces and municipalities have established hotlines to report social distancing failures. See children playing on a slide? Suspect a party? Now you have a place to turn. Alberta Health Services recorded 9,000 COVID-19-related complaints this month. The province has only confirmed 2,100 actual cases of COVID-19.

I was Catholic once, and recognize this kind of mutual misery seeking. I have been an atheist long enough to reject it.

RELATED: The case for mandatory mask-wearing in Canada

Look, I know I’m going to get flak for this, but someone needs to say it: think twice before you narc on your neighbours.

Snitching may work, but the downsides to citizen-policing are grim—to say nothing of the historical antecedents.

Firstly, “you can play havoc with somebody just by snitching on them with an anonymous snitch line,” noted Sharon Polsky, the president of the Privacy and Access Council of Canada. In addition to the risk of malicious reports, if people of colour aren’t disproportionately subject to snitching, I’d be shocked.

Totalitarian states turned neighbour against neighbour and family against family, in order to maintain the illusion of social cohesion.

Authoritarians use this tactic because there are never enough police or soldiers to force compliance upon an entire population, not unless everyone consents to become an agent of his or her own mutual oppression.

The term “fascism” has an innocent history. It comes from the Roman term “fasces,” which means a bundle of sticks bound together. One stick breaks, but the fasces remains strong. It’s another term for unity. That’s what makes it so seductive, especially in times of uncertainty and mortal dread. We’re all in this together. Nary a stick shall stray.

“We are now living amid the very tactics that the West [once] criticized,” Polsky added. “With state controls on commerce, industry, speech, and media.”

The federal government, for example, is already considering legislation that would bar the spreading of misinformation about COVID-19 online.

“Extraordinary times require extraordinary measures and it is about protecting the public,” Privy Council President Dominic LeBlanc told reporters with a line that should give any student of history the creeps.

“This is not a question of freedom of speech. This is a question of people who are actually actively working to spread disinformation, whether it’s through troll bot farms, whether [it’s] state operators or whether it’s really conspiracy theorist cranks who seem to get their kicks out of creating havoc.”

No doubt LeBlanc et al are operating under the noblest of intentions. But repressive measures buy conformity at a terrible price. Snitch lines turn us against one another. They teach us to fear the people we need to survive, thus making us more dependent on the apparatus of the state.

If things get really, really bad—if you cease to qualify for emergency support cheques, or you fall ill and need help when the ambulance system is overloaded, or you run out of food—you are going to need your friends and neighbours. (As an aside, I suspect the roots of one’s political ideology stem from how close to home we place our locus of trust.)

Snitch lines are an evil tool in a time of crisis because they damage the trust that we need to create resiliency in our communities.

I’m not trying to propose any hard and fast rules. If you know of a person who is infected with COVID-19 who is maliciously spitting on elderly people, then, yeah, snitch that person out. If you’re reading this, you’re an adult. And I trust you, and I trust your judgment, as I must.

But I would encourage you to think really hard before reporting on the neighbour for playing ball with his daughter in the park, or lingering too long in a parking lot, or sitting too close on a bench.

What will remain is what we’ve allowed ourselves to become.