Tom Parkin: In two Liberal ridings, MPs who should have been forced to resign seem intent to hold on until January, when byelections may be off the table 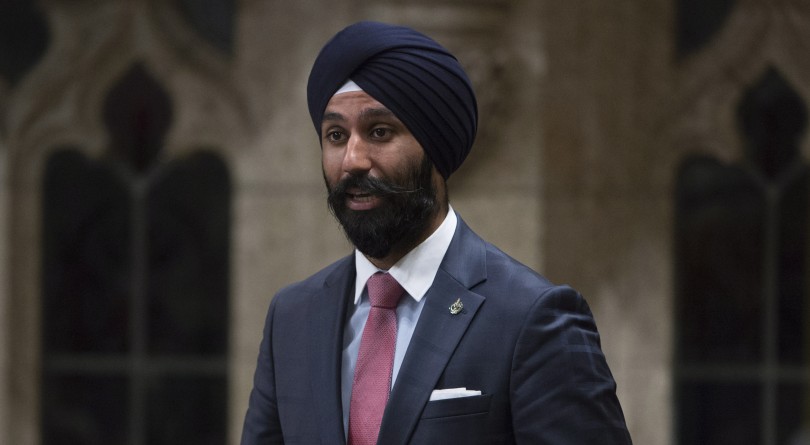 Liberal MP Raj Grewal rises in the House of Commons in Ottawa on Friday, June 3, 2016. (THE CANADIAN PRESS/Adrian Wyld)

Liberal byelection games get harder to comprehend every week.

There was the unexplained six-month delay to a byelection in Leeds-Grenville-Thousand Islands and Rideau Lakes, finally held on Monday. And when that byelection was called on Oct. 28, three other open seats—York-Simcoe, Burnaby South and Outremont—were passed by without reason.

And now, in Brampton East and Montreal’s Saint-Leonard—Saint-Michel, Liberals are entangled in controversy over MPs who double dip, don’t show up and don’t quit.

And that lack of quitting, if allowed to tick past Jan. 22, means no byelection—and no representation until the Commons resumes after the next general election.

The MP for Liberal bastion of Saint-Leonard—Saint-Michal, Nicola Di Iorio, announced his resignation back in April. But seven months later, Di Iorio is still a Liberal MP, though he has not spoken or voted in the House of Commons since June 13, according to a search of Hansard.

While not doing his job in the Commons, Di Iorio, a labour and employment lawyer, seems to be working with employers concerned about the workplace impact of cannabis legalization. In October, Di Iorio made a presentation, in his personal capacity as a lawyer, to the Montreal Cannabis Expo about workplace law.

Shortly after his public pot show pitch, a minor furor erupted on Parliament Hill over Di Iorio’s absence. Part of the aftermath was Di Iorio’s promise to Chief Government Whip Mark Holland to “donate back” five months of Commons pay. But, it seems, not a promise he show up for work.

Asked in Question Period about Di Iorio’s months-long Commons absence, Prime Minister Justin Trudeau neither condemned Di Iorio nor threatened to expel him from the Liberal caucus, instead offering the bland trifle that an MP is expected to “work in the best interest of his constituents.”

The second unquit is Raj Grewal, the MP from Brampton East. In a Nov. 21 Facebook post, Grewal stated he’d informed Liberal Whip Mark Holland of his resignation. Holland has since said this happened in a face-to-face meeting.

Once again, it seems that, especially for a party whip, Mark Holland is incredibly poor on execution.

According to news reports, Grewal has a gambling addiction, has spent wildly in casinos, has been mentioned in calls subject to OPP wiretaps, is under investigation from the RCMP and is subject of an Ethics Commissioner investigation for bringing a business associate to an event with the Prime Minister during his February India trip. Despite this, when Holland met with Grewal on Nov. 21, rather than get his resignation on the dotted line, he trusted that Grewal, on his own accord, would submit the documents that cut off his pay. Holland had him. He let him go. Why?

Adding to the strangeness, in the days after, Holland made it clear he wouldn’t lift a finger to get his job done. “We’re going to let him follow through on what he said he would do, that’s our expectation,” said Holland last week, as if it was something to be proud of. Well, as Jane Austen said, “to wish was to hope, and to hope was to expect.” But next time, get it on paper.

So perhaps it was no surprise when, in a Facebook post late last Friday, Grewal gave the Liberal Whip the heave-ho and grabbed the paycheque. Grewal said he’ll remain an fully-funded MP, sitting as an independent—breaking his word to Holland, and denying Brampton East residents a new choice in representation.

And he also mysteriously reported that, in about 10 days, he’d paid off his gambling debts, which he told Holland were in excess of $1 million.

Of course Grewal, like Di Iorio, has been working a second job. And maybe they compensate him well. Grewal’s disclosure to the Ethics Commissioner shows that on top of his $170,000 MP annual salary, Grewal gets paid by law firm Gahir & Associates and ZGemi Inc., a construction company. His services provided are unclear.

But what is clear is, should Grewal ever appear in the Parliamentary precinct again, reporters will ask the MP what he does for these two companies and the source of his magic $1 million. Or, said differently, we can probably be assured Grewal will never again show up to the Commons.

And that might suit the Liberals fine. Brampton East is no Liberal bastion. The NDP swept the area in this spring’s provincial election. In the 2011 federal election, Conservatives took it. There’s a good chance the NDP or Conservatives would take Brampton East if it actually came open. Threatening to quit and actually causing a byelection might be the last card Grewal could play against Holland and Trudeau.

But, as Di Iorio figured out, that card expires on Jan. 22. In late September, Liberal Whip Holland reported Di Iorio would quit his seat this fall. But again it seems Holland let the errant Liberal MP slip through his fingers. On Nov. 6, Di Iorio promised he will really quit on Tuesday, Jan. 22—and that’s a very significant date on the electoral calendar, if Bill C-76 passes.

Motives for avoiding a byelection in Saint-Leonard—Saint-Michel could be related to a battle between Di Iorio and the PMO on the ordination of the next candidate in this Liberal bastion. But these Liberal games within games are not for us to know.

It’s all enough to make your head spin. But Liberal games are not the people’s concern. Trudeau and Holland failed on Di Iorio and Grewal. And if either seat still isn’t vacated on Jan. 21, it’s Trudeau and Holland who should explain why the people of Saint-Leonard—Saint-Michaeand Brampton East get no vote while their unquit MPs double-dip and don’t work.