F--k it: Why we need to swear more 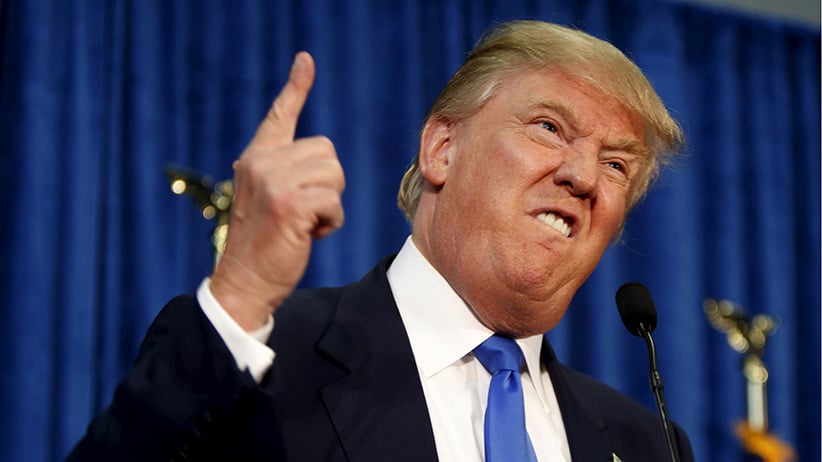 My mother once told my little brother to “F–k off”. The family history has several differing accounts on what sparked the outburst, but all agree—if our supernaturally patient mother swore at him like that, he must have deserved it tenfold. Decades later, Mom is still horrified at the incident and considers it one of the worst things she has ever done. Naturally, we bring it up all the time.

By contrast, I swear at my children almost hourly. My cursing runs the gamut from playful “Come here you little bastard and give me a hug!” to outright menacing, “Which one of you little s–ts made this mess!?” They have heard me use all the curses I know, everywhere from their bedroom, “How the f–k did you get footprints on the ceiling?” to church, “Shut your goddamn traps or I’ll ask the priest for an exorcism. Again.”

I’ve explained to them the English language is a many splendored thing and that the finest words are often the short, sharp expletives we inherited from our Anglo Saxon forbearers. But, like all words, you need to know when and how to use them. So, it is perfectly fine for their father to open the morning paper and shout “Jesus f–king Christ!” at the first headline that catches his eye. But it is not ok for them to greet a pop quiz in math class with “Oh for f–k’s sake!”

Interestingly, after 13 years of parenting I’ve not heard any of them swear nor have I had reports from school about it. I suspect it is because I’ve removed some of the forbidden larceny from these words. My children see them for what they are: just words, useful, decorative, cathartic and often-necessary words. If one day they did let loose one day with a string of obscenities, I would probably not flinch. I believe we, as a society, don’t swear nearly enough, and I would like to see that change.

Curse words can be some of the most useful in our vocabulary. They are the lexicological equivalent to the “URGENT” tag in an email subject line. Opening a sentence with “F–k.” is a ringing bell that gets everyone’s attention. We live in constant state of distraction, and a well-aimed expletive is a metaphorical glass of water in the face.

These words can also be handy Swiss Army knives, quickly deployed when you are too flustered or fatigued to search out the proper word from the memory banks. I drove a semi-truck one summer in college, and the guy who spent a week training me to get my Class 1 license did so without muttering anything other than variations of the word “F–k”.

As is the case in every language, our swear words are the most ornamental on the English tongue. These words can dress up any sentence, and often the most incongruous usage produces the most striking result—just as the finest chefs will deploy strong spices in the most surprising ways, making a dish not just delicious but powerfully memorable. For example, try this experiment on a loved one: look them in the eye and whisper hoarsely “My god, you have never looked so goddamned attractive as you do at this moment.”

Of course, a good expletive strongly delivered can be cathartic, even therapeutic. There’s a reason we let loose with a vivid string of f-bombs when we stub our toe. It literally feels good. Scientists have demonstrated swearing has a hypoalgesic effect—it increases our tolerance to pain. In fact, a study by researchers at Keele University found that the more profane the expletive, the greater the effect.

But here is the most important reason why I think we should be swearing more: the times require it. Has there ever been an age when we have so needed to turn our faces to the sky and let loose with a bellowing “F——k!”? We simply cannot accurately describe our current world if we limit ourselves to polite vocabulary alone.

It is utterly insufficient to say, “Donald Trump is proving to be the worst president in recent history.” The unprecedented mayhem, incompetence, deceit and maliciousness can only be captured with a phrase like “Holy hell, Trump is a mother-f–king disaster.” The prospect that climate change may destroy our planet is not just “terrifying” it is “goddamn terrifying”. Even then, you might have to add a “f–king” to be exact. And has there ever been a time when so many politicians can be accurately described as “that dips–t”?

You require more proof? Today, when you read the headlines or watch the news, pay careful attention to your inner monologue—that silent voice inside your head that provides a running commentary on everything your brain is processing. That voice, if you are honest, is underlining, highlighting and annotating each new revelation and mishap and menace with mute exclamations like “Clusterf–k!” or “S–t show!” or just a simple “Dammit!”.

So, give your inner invective voice. I am asking you politely. Swear more. Swear loudly. Swear often. If you won’t do it for me, do it for the kids.