Fake news? You ain't seen nothing yet.

Scott Gilmore: Public confidence in media, business, government and other institutions is already at an all-time low. New technology is set to make truth even harder to discern. 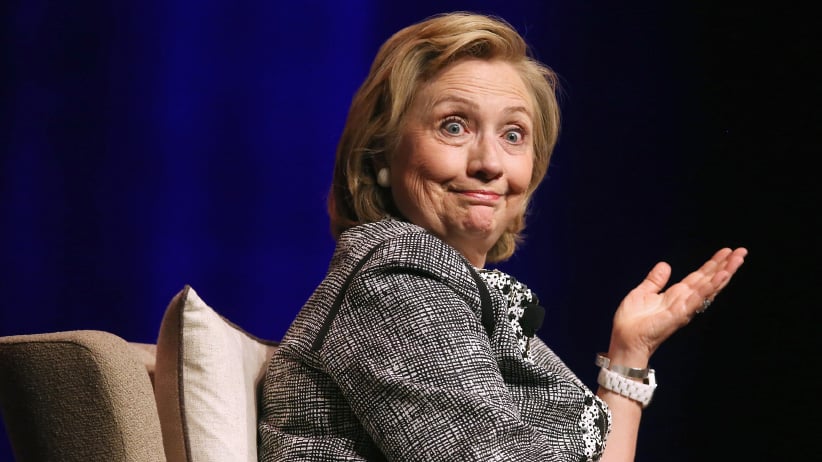 I have lived and worked in several countries that struggle with conﬂict, poverty and corruption. The experience has convinced me that among more prosperous and peaceful nations like ours, two of the most valuable assets are trust and truth. Everything depends on citizens believing that people, companies, the media and politicians rarely lie, and as a result, they can be trusted.

This is the bedrock that supports every single part of our society. The babysitter tells you she has a child care certiﬁcate, so you trust her to look after your children. The bank says it will pay you four per cent interest, so you give them your money. It applies to everything.

Truth and trust are two sides of the same coin, and it’s currency that underwrites our markets, communities and even politics. It is easy to cynically dismiss politicians as chronic liars, but the reason we are so upset when a campaign promise is broken is because for the most part they aren’t—we just don’t pay much attention to all the things they said that were true, precisely because it’s so common.

RELATED: The art of the shameless, indisputable political lie

This currency is especially important in the media. When you open your paper or turn on the radio, you assume they will tell you the truth. But this currency has been hit by a devaluation shock. The rise of social media has ampliﬁed our connections to the people we know best, and therefore those we trust the most. In that forum, counterfeit facts are more readily heard, trusted and passed on. If a stranger on the street told you Hillary Clinton was running a child sex trafﬁcking ring out of the basement of a pizza parlour, you would think they were nuts. But if your aunt or someone you went to school with told you it was true, you’d be instinctively more credulous—which is why millions of people did believe that particular story.

Not coincidentally, the rise of “fake news” has matched a decline in the public’s trust in journalism. According to Gallup, 46 per cent trusted the TV news in 1993. It is now at 24 per cent. This crisis is not limited to the media. The Edelman Trust Barometer, an annual measure of the public’s faith in the media, NGOs, business and government in 28 countries, has seen public conﬁdence drop to all-time lows.

This currency is about to suffer a second, and possibly fatal, shock. There is new technology about to go on the market that will allow you to create audio sound bites of anyone, saying anything you want, and to the naked ear it is indistinguishable from the real thing. Adobe plans to release this software, and the previews are astounding. Allegedly intended to assist in dubbing videos, the program allows you to record someone’s voice—Hillary Clinton’s, for example—and then reuse their vocal signature to repeat any phrase, like “I ran a child sex trafﬁcking ring.”

At the same time, there is emerging video technology that enables you to do the same thing with a person’s image. It samples numerous pictures of someone, maps their face and allows you to create video of them saying or doing anything.

The possibilities for abuse are limitless. Imagine what would happen to the New York Stock Exchange if a telephone recording emerged of the Fed Chair Janet Yellen stating Washington was about to default on its debt. How would North Korea react to video of an American general discussing a pending pre-emptive attack on Pyongyang?

The public space is already confused with starkly competing narratives for the left and right. This would accelerate that trend and take us into previously unimagined places.

How will we respond? I predict we will suddenly develop an unprecedented need for trusted ﬁlters or speciﬁc journalists we believe can winnow the fake from the true. Given the resources needed to verify what is real, networks may become more important again, at the expense of aggregators and smaller web-based media outlets.

Inevitably, some of those new gatekeepers will be demagogues, and the debates between right and left will become even more heated as one side challenges the very reality of the other. With time, we may develop a new form of information literacy as we adjust to the fact everything must be corroborated, because we can’t even trust our own eyes.

At one time the BBC maintained a strict policy that forbade newsreaders from being identiﬁed on air. But during the Second World War, when Britain was bracing for a possible invasion, ofﬁcials began to fear Axis propaganda might be used to mimic the BBC and spread false stories and panic. So announcers began to identify themselves by name so that the public would come to recognize and trust these speciﬁc voices. It seems that we will need to ﬁnd a 21st-century version of this, and we will need to ﬁnd it soon.