Fight the gender gap—with a benefit just for men

Editorial: Equity in the work place can get a boost from better partnerships at home 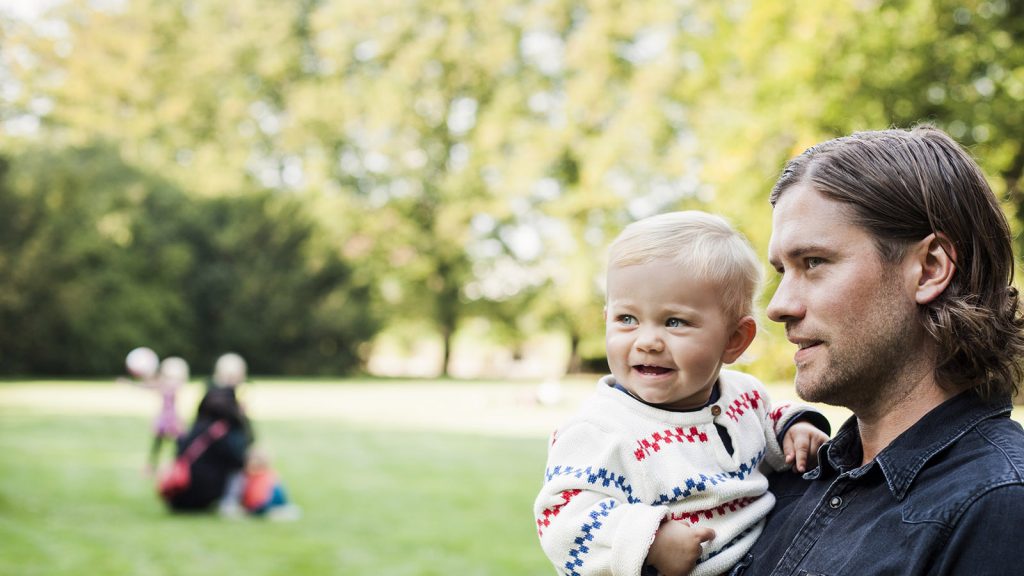 The Trudeau government’s 2018 budget was heavily promoted as the means to tackle Canada’s persistent gender wage gap. This is an important issue. Recall that last month Maclean’s charged men and women different prices at the newsstand to make a statement about the 26-per-cent gap between male and female earnings. Budget 2018 offers some concrete steps towards fixing this problem through research initiatives, pay equity legislation, programs to encourage greater participation by women in science and technology as well as in leadership roles in business. But the most powerful weapon unveiled in the war against the wage gap will undoubtedly be the new use-it-or-lose-it shared parental leave.

(Of course the $19-billion deficit and the Liberal’s complete lack of interest in delivering on their 2015 election promise to run a balanced budget ought to be considered a major disappointment for taxpayers of either gender.)

The EI Parental Sharing Benefit will provide five new weeks of parental leave − in addition to the existing 35 weeks – that can only be accessed by the “second parent.” The awkward nomenclature is meant to include same-sex and adoptive couples, but by-and-large this is a program for new dads. And it’s a big deal.

Quebec has had a similar program since 2006 that’s been outrageously successful in encouraging fathers to stay home with their children. In 2016, for example, 80 per cent of new fathers in Quebec claimed or intended to claim parental leave; in the rest of Canada, the comparable figure is 12 per cent. Similar rates are observable in other countries that have offered fathers their own exclusive portion of parental leave. In Sweden, the uptake rate is 90 per cent.

Setting aside a fixed amount of leave just for fathers, acknowledges that home care is not just a job for the mother. Both parents have an abiding interest in bringing up their children and it’s appropriate for the state to recognize this. Providing fathers with a special benefit also triggers a whole series of favourable knock-on effects that work to tackle various gender gaps. In Quebec, for example, fathers are much more likely to be engaged in housekeeping and other domestic chores than their counterparts on the Prairies (41 per cent vs 25 per cent). At least part of this trend is likely attributable to the fact Quebec fathers spend more time at home with their newborn.

Persuading fathers, and other second parents, to take a greater share of parental leave will also erode invisible forms of discrimination faced by women in the work place. “This will change stereotypes for employers,” says Ivona Hideg, a professor at the Lazaridis School of Business & Economics at Wilfrid Laurier University who studies gender equity issues. If mothers and fathers are equally likely to take time off for parental leave, Hideg reasons, many of the hidden ways in which women are currently discriminated against in terms of pay, promotions or career-commitment will disappear. While she would prefer to see more time set aside for men, she calls five weeks “a good start and a very promising policy.” In Sweden, a study by the Institute for Labour Market Policy Evaluation found that for every month of parental leave taken by the father, maternal earnings increased by 6.7 per cent. That’s a real blow struck against that troublesome 26-per-cent wage gap.

A real and effective commitment to gender equity can never be about just one gender − it has to be a partnership. The new parental leave benefit for fathers, and other second parents, promotes greater fairness at home and in the workforce by recognizing that parenting is a shared responsibility.