For world governments, climate leadership is a matter of morality 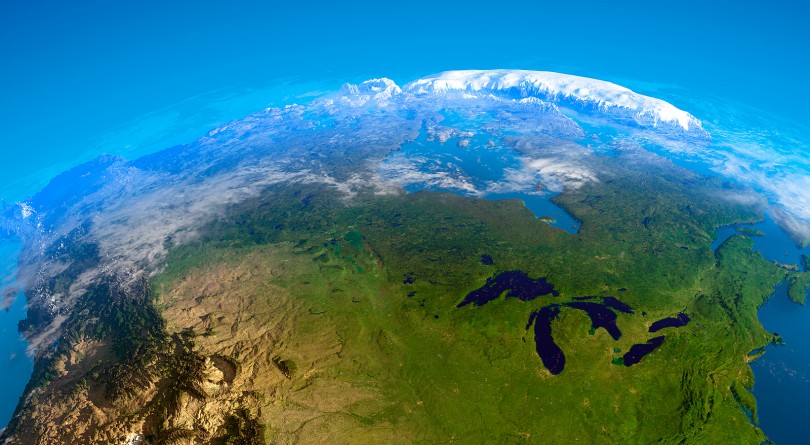 Within the next 18 months, there will be at least four provincial and federal elections in Canada. Working backward from the national contest in October 2019, Alberta will be sending voters to the polls in the spring of 2019; New Brunswick will do so in September of 2018; and Ontario will do the same this June. The outcome of an election is often unpredictable, and most prognosticators are about as reliable as a Magic 8-Ball. But for those who are concerned about climate policy in Canada—specifically, those who wish to see something done to address greenhouse gas emissions—the stakes are high.

Currently, the federal Liberals’ scheme for carbon pricing requires provinces to adopt a plan by the end of 2018—or else have a price imposed on them—with the bottom floor for cost set at $10-per-tonne for this year and $50-per-tonne by 2022. Federal Conservative Party leader Andrew Scheer opposes this plan; he vows, if elected, to repeal the legislation, preferring to address emissions through “incentives” and by allowing the provinces more latitude to pursue their own reductions agendas. In Ontario and Alberta, two provinces that combined account for roughly half of the country’s population, the Liberal and New Democrat provincial governments respectively support carbon pricing; their conservative opponents do not, or at least remain ambiguous about their plans. In Alberta, United Conservative Party leader Jason Kenney wants to scrap his province’s carbon tax—and perhaps replace it with a new version of an old scheme where big emitters pay—while in Ontario, Progressive Conservative Party leader Doug Ford opposes his recent predecessor Patrick Brown’s carbon pricing commitment and, instead, claims he quite simply won’t allow a plan to go forward.

READ MORE: The conservative case for a carbon tax in Canada

One of the central arguments levied by opponents of carbon pricing in Canada is that our share of global greenhouse gas emissions is low. Why should we punish Canadian business, consumers, and taxpayers and go out of our way, critics ask, if our efforts will yield but a paltry, even vanishingly small, reduction in worldwide emissions? This is the logic of free riding—and applied in this case, it’s both factually and morally wrong.

On the factual count, the low-emitter premise is misleading: we may account for roughly 1.6 per cent of the global total emissions, but with a mere 0.5 per cent of world population, Canada is an emissions heavyweight. Indeed, in absolute terms, we are one of the worst emitters in the world, and our per capita numbers are just as bad. And on the moral count, these issues and our plans matter beyond our own borders. On climate change, policies like the carbon price set an example for Canadians—but also for the world at large. They reflect a duty that each member of the world community owes to themselves, other states, and future generations.

Individual nations’ responsibility for the world at large matters because while we can divide emissions by country, in our modern, globalized economy, we’re all bound up in collective emissions in the present and the future. What we extract, produce, ship, import, and consume at home and abroad comprises a system of consumption in which we’re necessarily and inextricably entwined with the emissions of other states. And the effects of climate change know no borders; the responsibility for helping in the case of extreme weather events and the geopolitical instability that they will continue to produce will be shared by the world. On top of that, when the worst of the effects of climate change arrive, Canada may end up in a comparatively privileged spot given our geographic and geopolitical location; we may be disproportionately under-affected compared to our contribution to the crisis. Thus, we as Canadians have both a moral and a practical interest in aggressively tackling emissions—and overcoming our legacy as not only failures at leadership, but barriers to progress and our consequent status as the Wayne Gretzky of “Fossil of the Year” contenders.

We also have an interest and a duty to encourage other states to do their share. This requires that we, as a country, embrace a commitment to moral suasion—or climate leadership—that can lead by example and bring others on board. We can and must act as an example to other states, setting norms that the rest of the world is pressured to follow, and helping develop a critical mass of participants in efforts to curb emissions. Whether they are about the rules of war, the testing and use of nuclear or chemical or biological weapons, pollution, slavery and the sex trade, or any other issue that cuts across borders, norms and movements require moral leadership from states who recognize that they have a duty and, quite often, an interest, in setting ambitious goals for addressing a collective problem. With climate change, the interest was once widely thought to be “down the road.” We’ve been travelling down that road for some time now, however, and so the interest is now just around the corner.

Such action will be costly; carbon pricing and other tools to combat climate change may force us to give up a way of living that we’ve come to enjoy. But we should think of these costs as investments in our national and global future—a future that, I suspect, we’d prefer was stable and sustainable, and ideally not apocalyptic. It matters very little how much money you have in the bank if your local branch becomes a living aquarium; at the same time, lifestyle adjustments aimed at supporting climate action are less about “losing X” than they are about correcting for the reality that you should never have had “X” in the first place, if your life plans include leaving a habitable planet behind. By accepting this narrative and making the sacrifices it implies, Canada can help set a standard for other countries who may be reluctant to give up their creature comforts.

READ MORE: Why Saskatchewan is still holding out on the feds’ climate plan

Canadian moral leadership on climate action is not merely symbolic, or a technical exercise in scaling our response to our perceived space within the collective. Our efforts will help set a path and get other states to travel it with us, as they have in the past with watershed movements such as the pursuit of peacekeeping and the entrenchment of global human rights. The Canada that I wish to live in is a global moral leader committed to being a central part of efforts to address the single greatest existential threat to humanity in the modern era—and perhaps ever.

On the global stage, we may be small—but that doesn’t mean we can’t be fierce. Indeed, more to the point, we must be fierce. Our lives depend upon it.