Terry Glavin: Riots as far as the eye can see. And even in the world’s most stable democracies, the absence of street protestors masked a loss of public confidence in governing institutions. 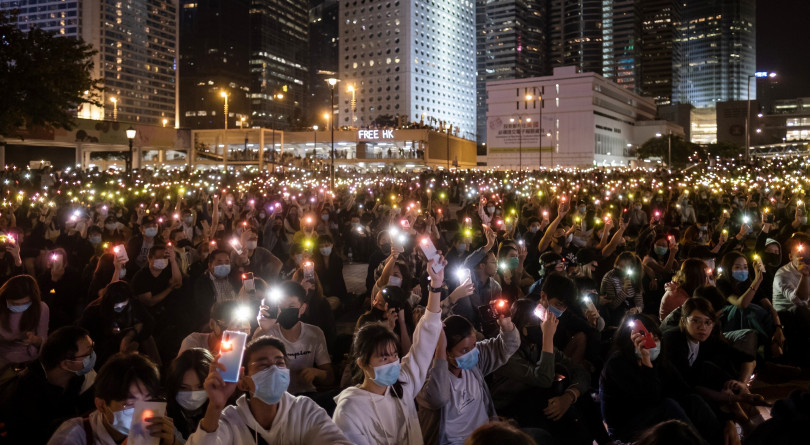 In 1974, the German philosopher Jürgen Habermas coined the term “legitimation crisis” to describe the condition of a state that has lost its capacity and confidence to function, even though it retains its legal authority. As 2019 staggered towards 2020, the Habermas formulation might be the best way to make sense of a confounding global upheaval that is unlike anything since the collapse of Communism in the late 1980s.

Millions of people were marching headlong into columns of riot police in Hong Kong, Quito, La Paz, Santiago, Caracas, Moscow, Beirut, Algiers, Khartoum, Karachi, and Baghdad—and that’s just the short list. The proximate causes of all this turmoil varied from place to place, but a common thread running through each of these mass disruptions, to one degree or another, was the very legitimacy of the constitutional order itself.

Even in the world’s most stable democracies, the absence of street riots masked a bottoming-out of public confidence in governing institutions.

The United Kingdom has been churning in paralysis ever since the June 2016 bare-majority referendum to pull out of the European Union. Following a series of dizzying twists that included a Supreme Court ruling in September that Parliament had been unlawfully suspended, voters were to go to the polls Dec. 12 in a snap election forced by Conservative Boris Johnson, the third British prime minister in as many years. The exasperated EU, meanwhile, has handed the U.K. an eviction notice that will come into effect Jan. 31 unless a new parliament either changes its mind about leaving or somehow ratifies a new “Brexit” deal before then.

For decades the Americans served as the guarantors of the liberal-democratic order in the world, but in the final weeks of 2019, the United States was in barely better shape than Britain. It was unclear whether Donald Trump’s term would end in impeachment, or whether the erratic, blundering president could hang on until the November 2020 elections. A Pew Research Centre study found that only 17 per cent of Americans were willing to say they trusted their federal government to “just about always” do the right thing. And Freedom House, the bipartisan agency that has been tracking trends in democracy worldwide for decades, knocked the United States’ 2019 ranking down to the same level as Croatia, Belize and Mongolia.

Vladimir Putin’s increasingly autocratic Russian gangster state persisted in carpet-bombing civilian neighbourhoods, hospitals and schools in Syria with total impunity. In Libya, the United Nations had been reduced to acting like just another proxy-militia sponsor, like Qatar or the United Arab Emirates. The mass uprisings in Lebanon and Iraq are largely revolts against the hegemonic advances of Khomeinist Iran, which made a hostage out of a UN nuclear inspector in November and began enriching weapons-grade uranium again.

The 2013 UN Security Council nuclear pact with Iran, Barack Obama’s foreign policy legacy, was abandoned by the Trump administration in May 2018, and it seems unlikely that the arrangement will survive another year. But by far the greatest threat to the liberal-democratic order is China. Beijing is taking every advantage of the world’s disarray.

READ: Deep in Trump country, democracy takes the form of a one-armed man

It is a tragic irony that the most determined resistance to Beijing’s advancing tyranny is being mounted by unarmed civilians in the streets of Hong Kong. Five months into an escalating democratic uprising, facing tear gas, rubber bullets and an increasingly brutal police force, Hongkongers are remarkably united in their determination. Public opinion polls conducted by the Chinese University of Hong Kong show the overwhelming majority of Hongkongers favour dramatic reform and full electoral suffrage. They’re not backing down.

The North Atlantic Treaty Organization, meanwhile, already enfeebled by the rise of Recep Tayyip Erdogan’s neo-Islamist regime in Ankara, is undergoing a kind of “brain death,” as French President Emmanuel Macron puts it, owing mainly to the Trump administration’s abdication from multilateral leadership. But in the Five Eyes intelligence alliance with the U.K., the U.S., Australia and New Zealand, Canada is the weakest link.

The leading federal parties managed to keep “foreign affairs” safely off the key-issues roster in the October federal election. But in the coming weeks and months, Ottawa is going to have to decide whether or not Canada is prepared to defend the rules-based international order that has provided the basis for this country’s prosperity over the past 70 years.

READ: Why public ‘shaming’ is a necessary part of democracy

With its hostage-diplomacy arrests of Michael Kovrig and Michael Spavor, the embargo on Canadian agricultural products, and so on, Beijing is already punishing Canada for apprehending Huawei chief financial officer Meng Wanzhou on a U.S. extradition warrant last December. Blocking Huawei will incur Beijing’s wrath, with possibly severe economic repercussions. There’s little evidence that the awkwardly Beijing-friendly Trudeau has the inclination or the stomach to stand up to China, despite dramatic shifts in public opinion in Canada and broad bipartisan consensus in the U.S. that China has to be confronted.

It doesn’t help that Trudeau’s government is saddled with its own crisis of legitimacy. Canada stood in the top tier of the Freedom House rankings for 2019, with the Netherlands, Norway, Sweden and Australia. But the October election left the Liberals with a minority in the House of Commons, and more ominously, the sovereigntist Bloc Québécois is undergoing a resurgence. Albertans are profoundly estranged from the federal system and, apart from a few enclaves in the cities, Liberal MPs are absent from the Ontario-Manitoba border to the Pacific Ocean.

That was the way of the world in the final days of 2019. Governments everywhere, the democracies and the police states, were convulsing in, or just muddling through, crises of legitimacy.

This column appears in print in the January 2020 issue of Maclean’s magazine with the headline, “New world disorder.” Subscribe to the monthly print magazine here.