Max Fawcett: When it comes to the Conservative leadership race, O'Toole's highest profile backer has the power to steer the conversation in a more productive direction for his province, but he's determined not to use it 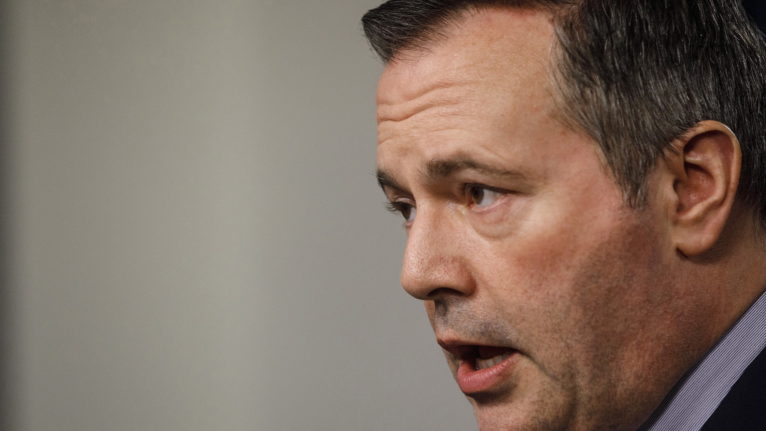 Jason Kenney may not have run for the leadership of the Conservative Party of Canada, as many had expected him to, but that doesn’t mean he’s given up on trying to influence its outcome. Witness what happened with Erin O’Toole’s policy platform, one that the Globe and Mail’s Andrew Coyne described in his recent column as “an impressively forthright document, measured but substantial, with at least some sense of a principled underpinning.” ‘But before Coyne’s column had a chance to get published, O’Toole made it clear those principles didn’t apply to his previously stated position on the need to eliminate fossil fuel subsidies. “One thing I’ve received a lot of questions about is a line in the climate change section of the platform, so I’ve made a change to make it clearer,” O’Toole wrote on Twitter.

Those questions presumably came from people in Alberta Premier Jason Kenney’s orbit, if not the premier himself. After all, it was just a week earlier that Kenney had claimed those subsidies don’t even exist in response to a question about a new report from the OECD and IEA that calls for an end to the estimated half-a-trillion dollars that global governments spend each year supporting the fossil fuel industry. “There are no subsidies for oil and gas,” he said. “It’s a myth—at least in Canada.” And who is one of O’Toole’s highest profile backers? That’s right: Jason Kenney.

The premier may have succeeded in convincing O’Toole to change his mind on the question of whether these subsidies exist or not, but he still has a lot of work to do with other people. And ironically, those people include the ones running his own war room. “As it pertains to claims about subsidies to the oil and gas sector, the federal, provincial and local subsidies amounted to $1.9 billion in total (2010 to 2016) or an average of $271 million annually,” the Canadian Energy Centre wrote in a blog post co-authored by Mark Milke and Lennie Kaplan on Apr. 27. “That is more than the subsidies to the automotive and aerospace sectors (with the above caveats noted) but less than rail, the motion picture industry, and crop production, among others.”

MORE: Do Peter MacKay or Erin O’Toole stand a chance against Justin Trudeau?

This figure also predates a raft of recent investments by both the federal and provincial government in the energy sector. Those include the $1.7 billion that will be spent helping Alberta clean up its old and abandoned oil and gas wells, the $1.6 billion Petrochemical Diversification Program, the federal purchase of the Trans Mountain pipeline ($12.6 billion) and the recent US$1.1 billion provincial investment in Keystone XL. Oh, and then there’s the $120 million war room that does the job of telling the oil and gas industry’s story on its behalf.

There’s nothing inherently wrong with subsidies, provided they’re designed in ways that create long-term value for taxpayers. That was certainly the case with the oil sands, which were heavily subsidized by both the provincial and federal government for decades—investments that paid off handsomely for both the provincial and federal treasuries. The same could be true for the sorts of low-carbon investments the IEA and OECD called for governments to support in their report.

It seems like Alberta’s oil and gas industry could certainly use a nudge or two. As Reuters reported on Monday, oil sands companies have shelved nearly $2 billion in projects that would reduce their emissions in order to save money. This stands in contrast to European oil and gas companies, which have actually increased the share of their cash flow that’s going towards green investments. And that sort of comparison will not be flattering for Canada’s oil and gas companies that are under increasing scrutiny from global investors. As Jeanett Bergan, the head of responsible investments for KLP (Norway’s largest pension fund), told Reuters, “this has strengthened our view on the matter, that our decision that we took (to block oil sands) was correct.”

Used wisely, subsidies could actually help Canada’s oil and gas companies improve their image and increase their access to capital markets. They could help them put some meat on the bones of their promises to reach net-zero emissions by 2050. And they could attract investment in new areas of the economy, and support the creation of thousands of new jobs in a province that suddenly needs them.

But don’t hold your breath on that conversation happening in the context of the Conservative leadership race. Instead, Peter MacKay and Erin O’Toole, the two leading candidates, are busy trading insults about who has more secret affection for carbon taxes. And while Alberta’s Premier clearly has the power to steer that conversation in a more productive direction for his province, he’s determined not to use it.