Opinion: Maryland student Michael Solomon on why representation is the key to turning the March For Our Lives moment into a sustained movement 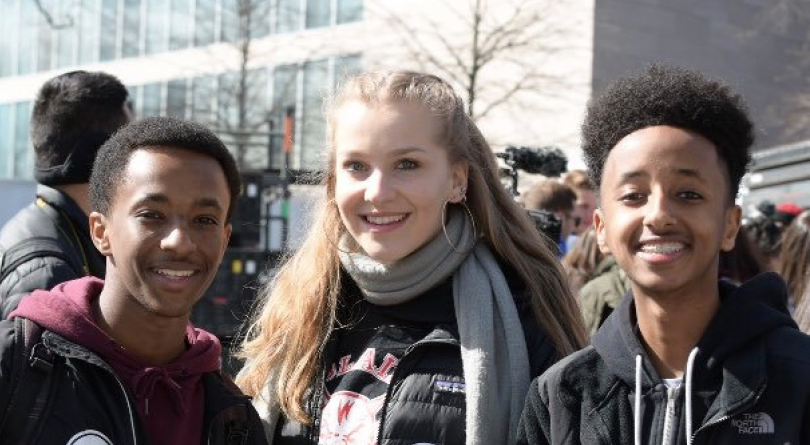 Left to right: Michael Solomon, Brenna Levitan and Nate Tinbite pose for a picture at the March For Our Lives.

Michael Solomon is a sophomore at Springbook High School in Silver Spring, Md.

Allow me to introduce myself. My name is Michael Solomon. I’m 16 years old, and my peers and I are from Montgomery County, in Maryland. And while we probably wouldn’t have said this a year ago, we are what you might refer to as “grassroots organizers.”

That happened in a hurry, especially after the shooting in Parkland, Fla. We were able to meet with some of the students from Stoneman Douglas High School during a panel discussion hosted by Congressman Jamie Raskin, and as I spoke and introduced myself to student activists like Delaney Tarr, Cameron Kasky, and Alfonso Calderon, I realized that they were just kids—just like me. I realized that they were changing the world.

That day was an inspiration—a catalyst that fuelled my friends and I to truly become involved in the #NeverAgain movement to end gun violence. We founded a group called MoCo (Montgomery County) Students for Gun Control. On Mar. 14, we organized a rally of more than 4,000 students in Washington, D.C., and after receiving a day’s worth of national news coverage, some of our speeches went viral on social media. That’s when the team at the March For Our Lives reached out and asked for us to join them on Mar. 24.

And so about two weeks ago, I stood on stage in front of what organizers say was more than 800,000 people, at one of the largest demonstrations ever held in North America.

The March For Our Lives was an indisputable turning point in the debate over gun violence, and will likely be remembered as the main catalyst that led to real change in gun safety legislation. But the question now is how we can make sure this moment turns into momentum. Here’s why I know that will happen: the movement is all about representation.

It’s easy to notice one consistent pattern of hypocrisy running through American history: minorities have often been neglected by the leaders of this country since its very founding. From the deceptive promises in the Declaration of Independence, to the failed commitments of those sworn to “protect and serve” the same unarmed citizens that are dying at the hands of our police, minorities in America have grown accustomed to being neglected and left out of the empty values that, in theory, are supposed to apply to everyone.

It’s no question that communities of colour suffer from gun violence at a disproportionate rate, and these shootings don’t receive nearly as much media coverage as the mass shootings that represent only a small minority of America’s gun violence.

According to statistics from the CDC and the FBI, Black Americans make up about 14 per cent of the nation’s population, but account for over half of gun violence victims in the United States. Subsequently, Black men are 13 times more likely to be shot and killed by a gun than their white counterparts, and a recently published study of Philadelphia crime data in the American Journal of Public Health found that “firearm assault events tended to occur in low-income areas and were concentrated in several ‘hot spot’ locations with high proportions of Black residents.”

Despite that, minority-led efforts aimed at combating gun violence and police brutality, like the #BlackLivesMatter movement, have been denied a platform on many fronts, and are met with more hostility from law enforcement. And so while protesters in Ferguson and Baton Rouge were met with teargas and riot gear, high school students inspired by the #NeverAgain movement—which began in an affluent neighbourhood, and was led by a group of mostly white students—walked out of their schools into traffic with cooperative police escorts.

So when the kids from Stoneman Douglas High took it upon themselves to take up the fight for gun safety reform, I feared that history would again repeat itself. I feared that the countless Black and brown children who are affected by gun violence on a daily basis would again be left without a platform to make their voices heard. 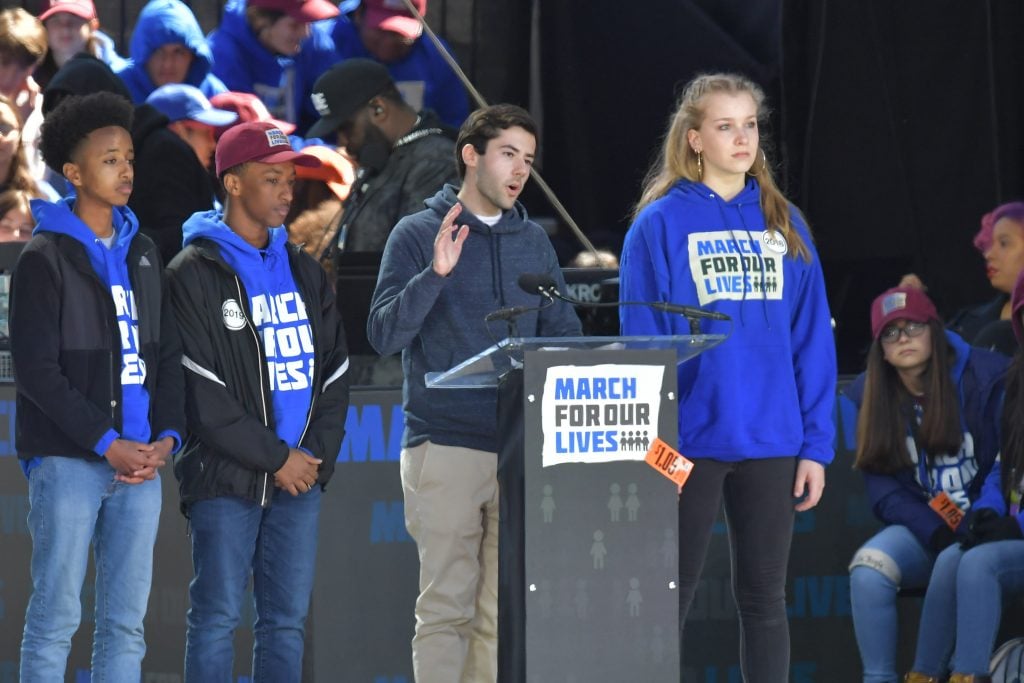 But that wasn’t the case. The organizers behind the March For Our Lives and the #NeverAgain movement made a conscious effort to ensure that their platform was diverse, inclusive, and gave a voice to all people who have been affected by gun violence. A group of teenagers who were able to turn their devastating tragedy into a nationwide movement that mobilized masses of young people all over the world, also made a point not to forget those who lacked a platform. In the weeks leading up to the March For Our Lives, the student-organizers made a point to invite students from Chicago to discuss gun violence and planning for the march. They also visited Thurgood Marshall Academy in southeast D.C., a school in a disadvantaged neighbourhood that had recently lost two of their students to gun violence this school year. One of those students was Zaire Kelly, and his twin brother Zion spoke to demonstrators at the march on Mar. 24.

The speakers at the march in Washington, D.C. included students hailing from all over the country—Los Angeles, Chicago, Brooklyn, Parkland, and D.C.—and allowed for a true representation of our generation. From stories of personal experience told by students like Alex King, to Emma Gonzalez’s powerful moment of silence,  it was easy to see that our generation really is one big family. In this movement marked by intersectionality, the joining of individuals from all over the country—each of them with their own unique experiences and stories, but all on one stage, for one cause—was truly symbolic.

That day was not only historic because of how many people attended the march, but because it represented the new, diverse, and inclusive America. The March For Our Lives gave us a glimpse of a generation that will no longer bow to the ways of those before us, that seeks to break the chain of petty bias and unwarranted prejudice. Instead, our generation will rise above the failures of today’s adults, and bring about change together, as one.

A month ago, when I had my first encounter with the students from Parkland, I knew that I wanted to get involved somehow—to help make a difference. I never could have expected that I would end up right next to them on that stage, side-by-side with the leaders of the movement to end gun violence. But this movement is even stronger because I felt it had been built as a campaign that thought about people like me—and that’s why I’m confident that we will prevail.