How a new kind of resolution process can support reconciliation

Opinion: How a 'hybrid process' style of mediation could help in treaty disputes 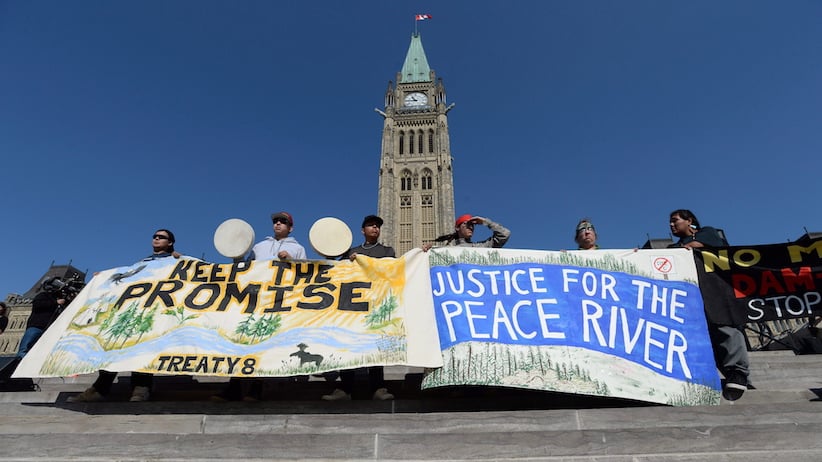 In the 1800’s, colonists to North America confronted the “Indian problem” by civilizing Indians and finding ways to legally take their land. As we know, First Nation people were perceived as impediments to the economic development of Canada. The vast territories were recognized by the British Crown as being land owned by the “Indian Nations”—King George III’s words, not ours—and there could not be legal settlement of these lands without treaties being negotiated.

From the late 1800s to the early 1900s, Canada negotiated dozens of treaties with First Nation people across the country. These treaties exchanged land for rights given to the people living within the treaty territory. These sacred rights were violated by the creation of the Indian Act and Indian residential schools, which were introduced to either “take the Indian out of the child,” as per the words of John A. Macdonald, or to assimilate the First Nation people into the “Canadian body politic,” as Duncan Campbell Scott said. And when the treaties were drafted, there was significant miscommunication due to issues in both language and interpretation, hindering the possibility of meaningful reconciliation.

This treaty relationship, which has languished for decades, is now being actively talked about in many circles of power throughout Canada as the drive for economic development butts up against First Nation interests. The Supreme Court has ruled on a number of such cases—Delgamuukw, Haida/Takuu and Tsilhqot’in being a few of the important ones—and their rulings have further substantiated the treaty rights First Nations have always claimed they had. In addition, the United Nations has enacted the Declaration on the Rights of Indigenous Peoples, putting forth a basic standard for the rights of Indigenous people around the world.

Still, it is unclear: What should First Nations people do when disagreements between parties arise over treaty rights? Should First Nations go through a court process? Although in some cases this is necessary, it is important to keep in mind that many First Nations do not trust Canada’s justice system. So their alternative, should they wish, would be to make use of the provision in many agreements to deploy mediation.

Mediation is a great way to solve problems at a fraction of the cost of a court proceeding and allows parties to be a participant in the resolution of the problem. However, conventional mediation is just that: conventional. Although it is being used as a result of its inclusion in agreement provisions, mediation is yet another colonial approach to resolving disputes with First Nation people. Thus, mediation risks leading to further miscommunication.

A subset of a court room type atmosphere, mediation more often than not has lawyers present. A mediation agreement is the result of having a mediator drive compromises from across the negotiation table. Parties sit across from one another, are asked a series of interest-based questions, and are encouraged to voice their needs and present offers, so as to come to what is ideally a mutually beneficial agreement.

For many reasons, however, this is an uncomfortable setting for First Nation people. The mediation process does not allow for the resolution of a problem in a way that is supported by familiar Indigenous cultural practices. In First Nation culture, resolutions are achieved through a peacemaking process that uses ceremony, medicines, circles and collective decision-making. For this reason, the use of mediation as an approach to First Nation-settler reconciliation needs to be decolonized.

Over the past two years, we have combined our experiences as a former Grand Council chief, a mediator, and a conflict analyst to design a process that combines mediation techniques with First Nation peacemaking practices. We refer to this new approach as a hybrid process—a culturally sensitive team approach that provides a new way forward in support of reconciliation.

A goal of the hybrid process is to create an atmosphere and setting that is culturally appropriate for all of the parties to the dispute. Another goal is to ensure that the dynamics of conflict involved in the dispute are given the space and time needed to be voiced. Conventional mediation cannot achieve these goals because there is a cultural gap that must be bridged, and there are too many layers of conflict that must be addressed before you can begin to problem solve.

While we have been hired by First Nation communities to handle disputes using this method, we cannot discuss past cases due to confidentiality. However, let’s consider a hypothetical case: A First Nation territory in negotiations with a government has asked us to facilitate disagreements between several of the communities within the territory. As a result of there being dozens of unique treaties, different communities or groups are represented at the negotiation table. When their representatives arrive, they often have differing objectives. They are not on the same page as each other, let alone the government. Conventional mediation strategies would take forever to sort through all of the objectives, especially when you consider that the cultural gap is a bar to communication.

The second stage begins when key representatives take part in a series of four talking circles. The circles help us to better understand the issues and to formulate strategies to dissect and reconstitute the issues in a way that addresses interests of the parties. The circles start with a prayer and a smudging ceremony followed by a brush off ceremony, where an eagle feather is used to “brush off” the hurt and grudges that may be in the way of resolving the problems. The first circle often ends up being a healing circle, as old angers and set positions are heard by all circle participants. After the four circles, a series of non-prejudicial discussions take place; this is where we are able to delve into the roots of the problems. When the problems are identified and delved into, they can be peeled away like an onion.

In the third stage, the representatives collectively reach a solution that they are comfortable taking back to their communities. The parameters of the solution are collectively written out as “Minutes of Settlement.” A pipe ceremony is then held to honour the solution and achievements of the group.

The second and third stages of the Hybrid Process would be repeated when all of the communities within the First Nation Territory were ready to meet with the government representatives. The combination of First Nation peacemaking practices and mediation techniques allow indigenous and non-indigenous parties to participate in a process that they have some familiarity with. This familiarity sets the stage for respect, trust and rapport to be developed. In addition, we have seen the use of circles, ceremony, medicines and non-prejudicial discussions break down the various perspectives of the conflict, humanize the voices behind the concerns, and allow people to get past intractable positions.

This process provides a road map that enables First Nation people to negotiate with government because the objective of what they wish to achieve has been reduced to a collective understanding set out in writing and agreed to in ceremony. This process also assists First Nations in achieving agreements with corporate Canada. If it is an interest of the communities, they can collaborate on ways to build infrastructure while at the same time preserving their culture, traditions and ultimately, their roots to the land. We have been told by parties that this process has brought long time disputants together, encouraged open dialogue and collaboration, and led to agreements that they never thought would be reached.

Employing the Hybrid Process shifts decision making to the collective, respects the treaties and UNDRIP, and incorporates culturally significant practices. By ensuring that governments and corporate Canada are listening to the voices of First Nation people, we can pave a new way forward in our efforts towards crafting new meaningful and lasting relationships. With a Canada-wide focus on reconciliation efforts, we believe that true Nation-to-Nation building can be achieved if First Nation people are invited to a culturally appropriate process that places consultation and communication at the forefront of the negotiations.

John Beaucage is a former Grand Council Chief of the 42-member First Nations of the Anishinabek Nation. Alicia Kuin is a mediator who specializes in the areas of culture, power and identity and Paul Iacono Q.C., is the President of the YorkStreet Dispute Resolution Group, a Toronto based firm that specializes in conflict analysis, process design and the resolution of complex multi-party disputes.