How a premature move to electric trucks could hurt Canadian consumers

Opinion: Electric trucks could be an emissions game-changer, and companies are buying in—but the math doesn't quite add up, and details are scant 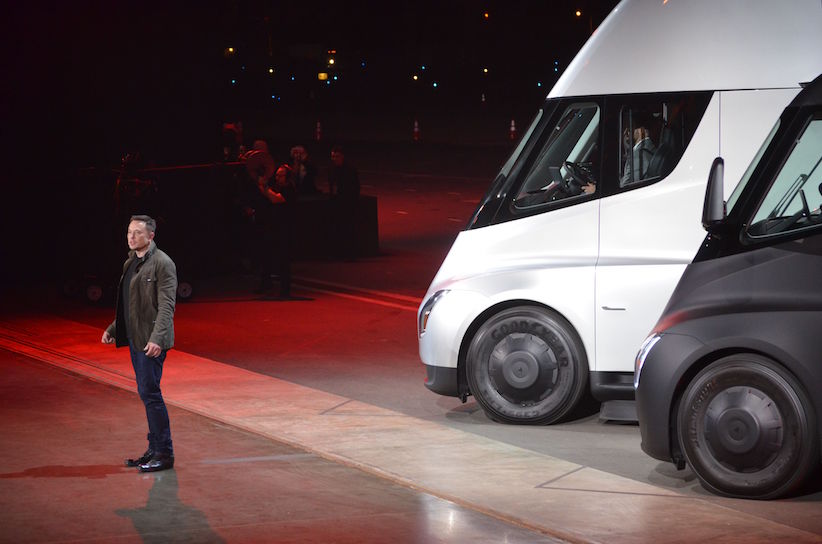 Brigitte Pellerin is a filmmaker, karate world champion, mother of three, and a contributing writer to Canadians for Affordable Energy.

You don’t have to be a climate-change alarmist to recognize that we need to make some changes to the way we consume energy. I’m not personally in a panic, but I see a lot of waste and try to do my bit to reduce it.

I set the thermostat lower in the winter, and don’t turn my house into a fridge in the summer. I drive a well-tuned, reasonably efficient vehicle. At the lake, I don’t go on endless boat rides to nowhere. I try to take transit in town. I use cloth bags.

Those are small changes. I like the idea of solar panels and those fancy geothermal systems, but that’s out of my budget. So are electric vehicles (EVs). A friend of mine has a Nissan Leaf to zip around town, and she loves it. Their family also has a conventional car for longer trips. That seems like a fine plan for an urban two-car family. Except we only have one car, and we travel outside the city a lot to go to the cottage and to karate tournaments, always carrying stupendous mounds of supplies and gear. The kind of EVs that would do the job are too expensive—even if that technology exists. Hybrids are better that way, but if the point is to get off gas, am I better off waiting for EVs to come down? I don’t know, so I wait. Let someone else make the wrong move.

Some people, though, don’t want to wait. And they’re taking us with them on their all-electric ride, whether we want to or not.

Tesla, for instance, recently unveiled an impressive-looking all-electric truck that has people either excited or grouchy, depending on where they sit on the alarmist scale. Personally, I think they’re cool—in theory. After all, transportation in Canada accounts for roughly one-quarter of greenhouse gas emissions, with freight trucks alone responsible for 63 megatonnes of carbon-dioxide equivalent in 2015, up from 20 megatonnes in 1990. (Compare that to passenger cars, which produce 37 megatonnes, and light passenger trucks, which produce 46 megatonnes.) If all-electric trucks can make a significant dent in these numbers, this would have to be good news.

But as always with these things, the devil is in the details. And we’re precious low on those as I write.

We don’t have a price for the trucks. But businesses will be helped financially thanks to Ontario’s new e-truck subsidies of up to $75,000 per vehicle. We also don’t know their empty weight. This matters because there is a limit on how heavy trucks can be on the road. If the empty weight is higher than a conventional rig, companies will be allowed to carry less stuff per trip, and that will mean more trips. How much more efficient is that? It’s not clear. Will the batteries work as advertised? Plenty of experts are skeptical. Will there be enough charging power to make the plan work? What happens if (or, in Ontario, when) the price of electricity goes up?

No matter: several companies have decided to jump in with all 18 wheels. Pepsi wants 100 Tesla semis. Walmart is said to have put dibs on 15. And Loblaw reserved 25, after announcing in November that it had also ordered electric big rigs from Chinese company BYD—all part of the grocer’s plan to reduce transport-related emissions by 25 per cent by 2030.

All those companies put deposits on the Teslas. At first it was $5,000 per, but the amount has since quadrupled. For trucks that won’t be delivered until 2019. If I took this kind of approach to risk with my family’s finances, my banker’s hair would burst into flames. Why are we supposed to applaud when these companies do it?

Because the current climate demands something be done, and this is something. Though in fairness, if those companies sat on their hands while the rest of us made efforts to reduce emissions, they’d be in trouble, too. They have a fine line to walk, for sure. But for families who are already a bit strapped, higher grocery bills are a scary prospect.

When asked how Loblaw intended to make sure this switch to electric trucks won’t result in a nasty surprise at the register for people like you and me, the friendly PR team replied: “From an environmental perspective, we know cutting carbon emissions is a necessity. As a business, we see opportunities to reduce our carbon footprint while lowering operating costs, which will ultimately benefit Canadian consumers.” When pressed for more details, the company added: “Focusing on resource efficiency helps to keep costs low for our business, and therefore, it also helps keep prices for consumers low.”

I want to believe it, because switching from diesel to electric seems like a decent idea even if I’m not panicking about global warming. But I’ll be keeping my fingers crossed. That’s all I can do.