How engineers are engineering change on the gender gap

Opinion: Levelling the gender gap is important as a point of principle—as well as for the economy. And change is starting to happen in engineering. 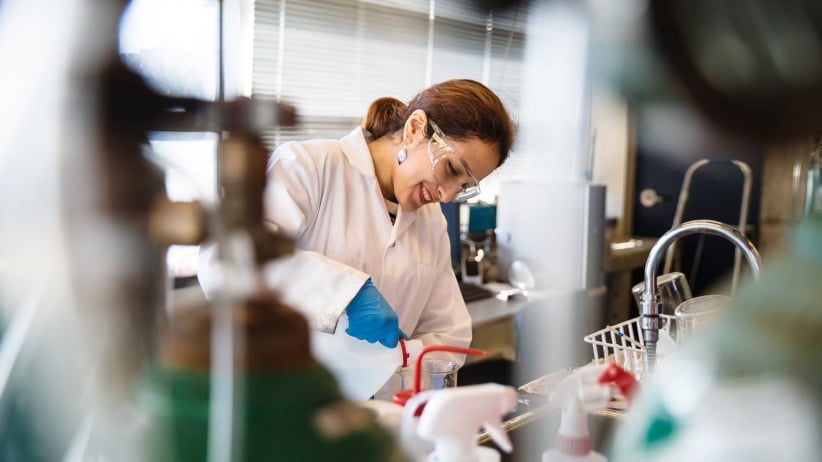 Deepa Kundur is the chair of the Division of Engineering Science at the University of Toronto, and a professor in its Edward S. Rogers Sr. Department of Electrical and Computer Engineering.

The latest census data released by Statistics Canada noted that engineering was one of the professions with the narrowest pay gap, with women earning more than 96 per cent of men’s wages.

Setting aside the disheartening fact that the gender pay gap persists across the board in 2017, this is great news for women in engineering—except that women still account for just 12.8 per cent of practising professional engineers in Canada.

Levelling this gender disparity is not just a question of principle: it’s an economic imperative. Significant research has shown that gender diversity in the workplace drives productivity and improves satisfaction. A German study demonstrated that at least 30 per cent female representation in boardrooms enabled firms to outperform their all-male counterparts. The viability of our country’s knowledge-based “innovation economy” depends on women holding senior decision-making roles in engineering, science, tech and business.

There’s a saying in education that you can’t be what you can’t see. I believe that we are at a critical inflection point, a moment where young women are starting to see the difference they can make as engineers.

MORE: The Liberals are getting in their own way on gender equality in science

Julie Payette, our new Governor General, is an astronaut, athlete, musician, and engineer. The province of Ontario just named Molly Shoichet—a world-leading researcher in tissue engineering and an engineering professor at the University of Toronto—as its first chief scientist.

Cristina Amon is an internationally celebrated engineer and the first woman to hold the position of dean of U of T Engineering. The University of Waterloo also has a female dean in Pearl Sullivan, and Catherine Karakatsanis, a civil engineer, has been named to the Women’s Executive Network’s list of Canada’s most powerful women four times. Each year, U of T engages more than 10,000 elementary and high-school students with our outreach programming, and for these students, seeing women in these prominent science roles is no longer the exception to the rule.

Those are just a handful of examples of why it’s no coincidence that, over the past decade, we have seen a surge of women entering our undergraduate engineering programs, and for the past two years the proportion of women in our incoming first-year classes has exceeded 40 per cent—one of the highest figures in Canada.

These are significant advances, but we still have much to achieve. Engineers Canada, the professional body for all engineers in the country, has set a target of 30 per cent by the year 2030 for newly licensed engineers who are women. And in May 2017, the steering committee for the Canada Research Chairs Program sent an open letter to all university presidents “urging institutions to make concerted efforts to address the underrepresentation” of women, Indigenous people, persons with disabilities and visible minorities, and setting hard equity and diversity targets for the appointed Canada Research Chairs.

In the U.S., where many major multinationals rely on engineering talent, more than 30 American tech companies—including Airbnb, Intel, Lyft and Spotify—signed a Tech Inclusion Pledge in June 2016, committing them to set specific targets to “recruit, retain and advance diverse technology talent” and to publish data on their progress.

To reach these goals, we will need to build on our current momentum. We must demonstrate to our most talented students that engineering is not only for everyone, but is a powerful way to bring about positive change.

MORE: Why Canada’s digital economy rests in the hands of our girls

The engineers we’re educating and training today will create solutions to daunting global challenges, many of which we can’t yet imagine. From tackling climate change to improving global health, harnessing artificial intelligence to securing our critical infrastructure, engineers will be on the forefront of designing and shaping the very fabric of our cyber-physical world. As a profession, we have a responsibility to do this ethically.

I find it equally inspiring that in engineering, innovation fortifies leadership and groundbreaking advances necessitate creating cross-disciplinary connections. This is why I chose engineering for my own professional path—and I believe it also resonates with our youth today.

The reasons that women do not enter the profession are complex. But I am comforted that engineers are complex problem-solvers. Our next brave step requires using our ingenuity and ability to build bridges to address the challenge of gender disparity in engineering. Working together, we can ensure that engineers become the standard-bearers of not only technological, infrastructure, and economic development, but of equity, diversity, and inclusivity.