How I went from Supreme Court chief justice to 'Citizen McLachlin'

After 36 years of making important choices, Beverley McLachlin is now making mundane ones again—part of the wonders and challenges of retirement 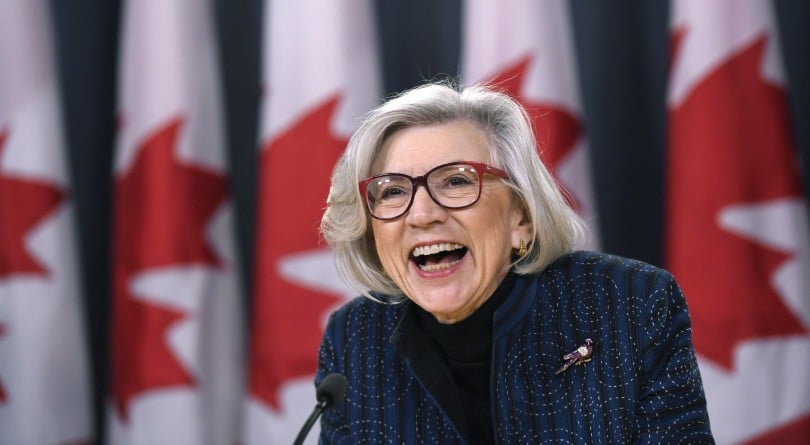 Outgoing Chief Justice of the Supreme Court of Canada Beverley McLachlin speaks during a news conference on her retirement, in Ottawa on Friday, Dec. 15, 2017. THE CANADIAN PRESS/Justin Tang

As I made my exit through the great doors of the Supreme Court of Canada as chief justice for the last time, as I accepted the hugs and handshakes of my colleagues, a single phrase kept drumming at the base of my mind like a funeral dirge: You have ceased to be a judge.

It was the one thing I hadn’t expected. I had expected to feel a mixture of sadness and relief on my retirement. Sadness that the best part of my life—my life as a judge—was ending; as I remarked at my farewell dinner, “Whatever may come after, my time at the Supreme Court of Canada will always be the centrepiece of my life.” Relief that the heavy burden of responsibility and never-ending load of work was at last slipping from my shoulders; even if I could have hung on for another six months, the time had come to go and let others take up the torch.

What I hadn’t expected was the wrench of feeling my identity slip from my shoulders along with the sadness and relief. For 36 years I had been a judge, and enjoyed what came with it—position, modest power, respect. Now it was gone. No position. No power, except the statutory right to sign onto outstanding judgments for the next six months. Respect? Well maybe, but only what I could earn. I was no longer “Chief Justice” or even simple “Justice.” Meet the newly minted Citizen McLachlin.

The world wasted no time marking my descent to the ranks of the merely mortal. The RCMP escort that had been necessary to preserve my security while I was Chief Justice, and upon whom I had depended for daily transport for the previous almost 18 years, didn’t show up the next morning to take me to work. When I finally got to the Courthouse, I discovered that the court staff (quite properly) had moved the new Chief Justice into my former chambers, and I found myself sneaking in like a thief to retrieve personal items from my former bathroom cabinet. The people I met in the corridors still greeted me with a cheery Hi Chief, but then immediately stammered and said Sorry, just a habit. I replied: Just call me Bev.

The learning curve I encountered in my new life was steep. How much it costs to ride a bus (you need exact change and by the way, a pass is cheaper and better). How to walk to a destination. How to eat in a food court. How to stand in line at the bank and wait. And wait. And wait.

To my surprise, I discovered that negotiating my new challenges was more exhilarating than daunting. There was satisfaction in realizing that at the advanced age of 74, I could still, in a pinch, forage for myself. And there were the people. I had never led an elite life; I’ve always shopped for food at the Metro and walked my dogs in the village. But freed from the protective carapace that the office of Chief Justice had built around me, I met more people. Nice people. The gentlemen on the bus who instructed me in how to put in my coins in the slot and told me to take out the ticket because it was good for two-and-half hours. The young woman who took pains to warn me of the icy patch on the sidewalk. More than one person who recognized me and shyly sidled up to thank me for what I had done for the country. Over and over, I was taken aback by the sheer decency of my fellow Canadians.

Another bonus: choices. As a judge, I had to make choices. That was my job. Some were relatively routine. Should a statute be interpreted this way or that way? Did the judge err in her jury charge or not? Was the decision of the rental board reasonable or beyond the bounds? Others were gut-wrenchingly difficult, like whether part of the country can unilaterally secede or whether the Charter prevents the government from denying the right to assistance in dying.

But those choices were my work. What I did not have was much choice about what I did on a day-to-day basis. My life was a pre-determined round of the activity. Heading off in the morning to the Courthouse to hear cases and work on court administration. Crisscrossing the country to attend meetings and talk to legal groups. Presiding over meetings of the Judicial Council and Order of Canada meetings. An endless round of obligatory and semi-obligatory events. Apart from the odd weekend at the cottage and a few weeks of summer vacation, my life was mapped on a grid so tight that any idea of choice was an illusion.

READ MORE: How Beverley McLachlin changed the face of the Supreme Court

Don’t get me wrong—I loved the intense pace of the job of Chief Justice. I loved the energy it demanded and the even greater energy I got back doing significant things with interesting people. And I loved the comfort of just doing whatever my assistants told me I had to do without the necessity of choosing. Let’s face it: making choices about what to do tomorrow, much less how to shape the next chapter of one’s life, can be daunting.

I am learning from friends who have already navigated the uncertain waters of retirement. They have offered varying pieces of advice on how to move forward. But one theme is constant—take time to figure out what you want to do with the next phase of your life. Take a cruise, take a trek, take your pick. Just take time out to think.

And then, they say, move on. In your soul-searching-enforced hiatus from the world’s affairs, look for something new and different from what you have been doing. Change it up. People are living longer; retirement is no longer simply a slide into oblivion. You have time, with a bit of luck, to seek another world.

That is what the happiest of my friends are doing. They have poured themselves into new efforts to promote access to justice or better corporate governance. They are pursuing Ph.Ds in literature and advanced jurisprudence. They are reflecting on dreams yet unfulfilled and learning to paint, play the guitar or climb Mount Kilimanjaro. They are writing books and serving on community boards. They are alive, vibrant and contributing.

Alfred, Lord Tennyson, struggling to come to grips with the death of a beloved friend, contemplated the options: either sink into oblivion, or press on to new adventures. The result was his mediation in Ulysses. The aging warrior has won his wars, secured the peace. It is time to rest on his laurels. But he finds himself unable to sit at his comfortable hearth, and resolves to set out on new journeys. So he readies his ships and rallies his cohorts:

Death closes all: but something ere the end,
Some work of noble note, may yet be done…
Come, my friends,
T’is not too late to seek a newer world…

I have taken Ulysses’s words to heart, and sought out those new worlds. My first novel, Full Disclosure, will come out May 1—a book I’ve had in my head for 40 years and only now, in retirement, could write. And it turns out I won’t have to give up judging entirely—for a month each year, I will sit as a foreign judge on the Hong Kong Court of Final Appeal. That may seem counterintuitive for a post-judging life, but that ominous dirge—“You have ceased to be a judge”—no longer drums in the backdrop.

It turns out there is no guidebook for what a chief justice should do after decades of being defined by important choices. But one thing has become clear for me, as I navigate these waters: there is joy to be found in the choices I make for myself, all the same.