How the Liberals can appeal to young people this election

Max Fawcett: A national tax on homes is actually a good idea, especially for young people who make up the largest voting group in 2019 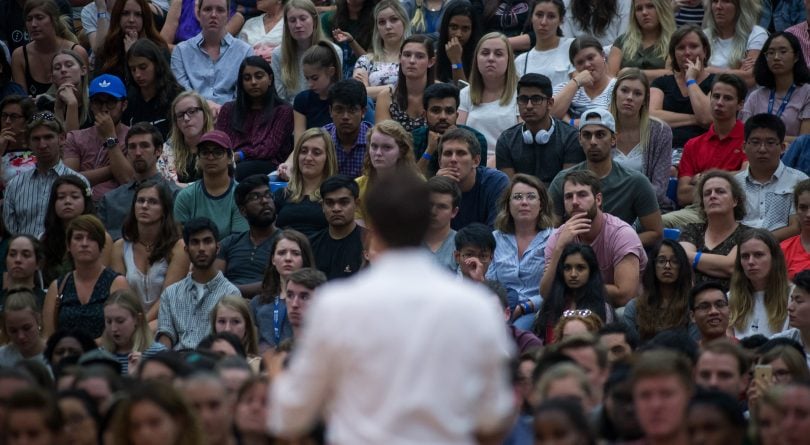 Bribing voters with their own money is a familiar political strategy, and the current election campaign hasn’t disappointed on that front. The Conservative Party is pledging to reintroduce income splitting for wealthy Canadians and restore every boutique tax credit this country has ever seen, while the NDP is promising all but the policy equivalent of a free, zero-emissions unicorn in every family’s driveway. The recently released Liberal campaign platform, meanwhile, is a predictably generous smorgasbord of tax cuts, targeted grants, and new program spending—all financed by an increase in the taxes paid by the wealthiest Canadians and a willingness to endure deficits for the foreseeable future.

One thing it doesn’t include is the 50 per cent tax on home equity that Conservative politicians and their social media accounts had been talking up for weeks now. Never mind, for the moment, that said tax was something discussed at a policy convention rather than actual Liberal policy, and that both the NDP and Conservatives, to say nothing of the Greens, have seen far more radical policies proposed at their own conventions. What’s most interesting is the idea itself, one that would see gains on houses sold after one year taxed at 50 per cent, at 25 per cent after two, and eventually back to being tax-free after six years.

The outrage that Conservatives were clearly trying to whip up was underwritten by the notion that any equity in a person’s home is fundamentally sacrosanct, and should therefore be beyond the reach of the Canada Revenue Agency. The question more people should be asking is: Why?

MORE: 2019 federal election platform guide: Where the parties stand on everything

After all, the capital gains exemption on the sale of principal residences currently costs the federal treasury an estimated $7 billion every year. And while average home prices increased on an inflation-adjusted basis from $210,089 in 1976 to $510,179 by 2017, median earnings for younger Canadians are actually down by $3,840 over that same period.

Seniors, meanwhile, are wealthier than they’ve ever been, thanks in large part to their one-third share of the $2.6 trillion increase in the value of owner-occupied principal residences in Canada since 1976. Given the political clout those seniors still enjoy, an across-the-board capital gains tax applied retroactively to the homes of all Canadians would be a very efficient form of political suicide. But levying some sort of tax on that accumulated wealth is an idea that’s worth considering.

That’s exactly what Paul Kershaw, a professor at University of British Columbia’s School of Population and Public Health and the founder of Generation Squeeze, did in the lead up to the 2018 British Columbia provincial election. He proposed a 1 per cent annual tax on homes worth over $1 million—which is to say, virtually every detached house in Vancouver and Victoria and many of its townhomes and condos—that could be deferred until the sale of the home in question.

Such a policy, he argued in a position paper, would serve two important purposes: generating revenue that could be used to help younger generations, while ensuring that older generations weren’t unduly punished in the process. “The added revenue generated from taxing housing wealth windfalls could be used to reduce major expenses in the lives of younger generations who are less likely to have lucked out in the lottery of housing price escalation,” he wrote. “Tax deferment provisions would accommodate ‘home-rich but income-poor’ citizens by postponing collection of new annual housing wealth taxes until the sale of the property.”

Conversations about intergenerational equity remain, for the most part, restricted to Reddit forums, Facebook threads, and Twitter rants. But that may be about to change. According to a poll conducted earlier this year by Abacus Data, 80 per cent of Canadians 15 to 30 believe that it’s harder to get ahead today than it used to be.

And they’re right: housing is more expensive, jobs are more precarious, and the aging of the Baby Boomers means that social spending continues to be directed away from young people. As Generation Squeeze notes in its case for a “new generational deal”, governments current spend a combined $33,000 to $40,000 for every person aged 65 and over, compared to less than $12,000 for those under 45.

MORE: Stephen Poloz on taming the housing market and the dangers of a trade war

If any of the major parties are looking for a way to change the channel in this campaign, they should consider leaning into the very proposal that Conservatives were trying to scare Canadians with: Propose a national tax on homes worth over $1 million, with the ability for seniors to defer their payments, and use the proceeds to cut income taxes for the middle class, fund affordable childcare and new co-op housing for young families, and support young buyers looking to get into the market.

After all, while politicians tend to cater reflexively to older voters, it’s Canadians between the ages of 18 and 38 who are the largest voting group in 2019. Together, they make up more than 37 per cent of the electorate, and their voices—and votes—could make a difference. That is, if you actually give them something to vote for.