How to build a culture of science

Opinion: Molly Shoichet, Ontario's chief scientist, on how to keep Canadian children's curiosity about the world around them alive as they grow up 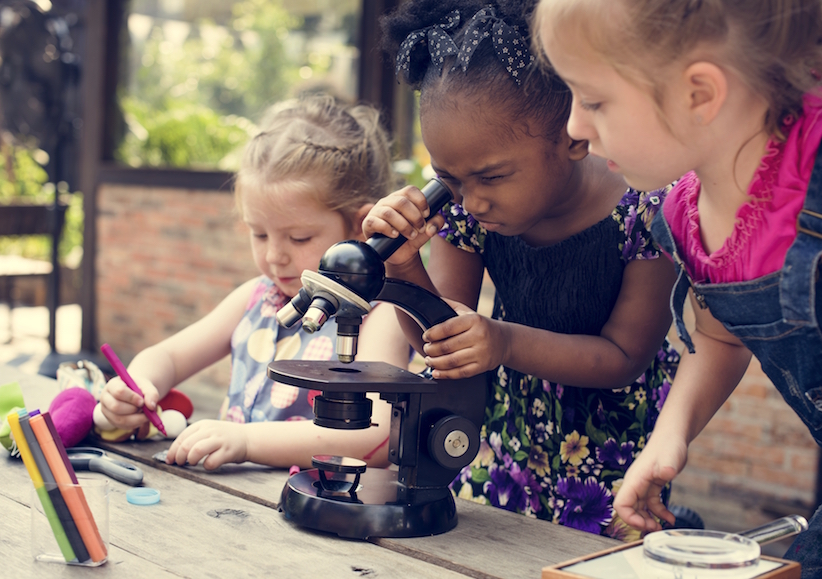 Dr. Molly Shoichet is Ontario’s first chief scientist, a professor at the University of Toronto’s Institute of Biomaterials and Biomedical Engineering, and was appointed an Officer of the Order of Canada in 2017. You can reach her on Twitter @MollyShoichet or by email at ChiefScientist@Ontario.ca.

Children are curious about the natural and physical world; they’re inherently fascinated with how it works and why things function the way they do. But this innate scientific curiosity diminishes as they grow up. In fact, when most adults think of science, they remember the smell of formaldehyde in a biology lab or having to memorize the periodic table. If I’m at a cocktail party and tell people that I teach chemistry at the University of Toronto, they usually walk away.

I often wonder what it is about science that provokes both awe and yawn in people. Are they too intimidated by their perceived lack of knowledge to learn more, or are they just bored by science? Is it because scientists are seen as elitist and our work too complicated to understand? Have we as a society placed science on a pedestal so high that it has virtually disappeared from the public eye?

Whatever the reason, there is definitely a lack of public engagement in science among adults, a gap which in recent years has been filled by celebrity pseudo-science, a trend that doesn’t necessarily represent the best interests of the public. Add to that the rapid rise of artificial intelligence, which is causing disruption in the economy, and the result is an erosion of public trust in the nature and intention of science. That in turn has left science vulnerable to attack by self-interested parties who don’t agree politically with some of the truths that research unveils.

I like to approach these issues from a scientific method, which means asking important questions: What is it about our society that discourages children, youth and particularly young women, from pursuing studies and careers in science, technology, engineering and mathematics? What role does society play in cementing long-held gender, class and cultural biases related to science? How can we—collectively as parents, educators, scientists and policy makers—infuse our culture with science so that a child’s natural curiosity about the world has a chance to flourish, well into adulthood?

In the classroom, we know that the traditional rote learning approach does not support a life-long interest in science. Science is about asking questions, proposing hypotheses and finding answers, yet it is most often taught as complex facts that need to be memorized. Dr. Shane Bergin of Trinity College Dublin deftly summed up how rote learning is failing science students, and illustrated how allowing students to ask questions and develop their own strategies to problem-solving can lead to much higher levels of student engagement.

Another easy way to engage young people in science is through social media. Prior to being appointed as Chief Scientist of Ontario, I started a social media initiative in partnership with research-intensive Canadian universities called Research 2 Reality, where we use the power of story-telling in videos to explain what research is and why it’s important to everyone. It’s a way to let people know what scientists are doing throughout Canada and how their research impacts the present and the future. By sharing these stories, we begin to let Canadians and the world know how fantastic Ontario is in terms of its research and innovation strengths.

READ MORE: Why Canada’s digital economy rests in the hands of our girls

Another way in which I’m hoping to make scientific research more inclusive is to fuse it with art. For instance, scientific researchers use enhanced images of minute objects such as cells, tissues, carbon particles, icicles and water molecules to make discoveries. These images are often stunning and come across as beautiful pieces of art.

We are excited to get this science art into more public spaces throughout the province. For example, the Inner Space Exhibit will run at Toronto’s Ontario Science Centre in May, as part of the CONTACT Photography Festival, where images of Canadian scientific research will be showcased. We will be monitoring this event and asking for participant feedback to help us gauge the impact of this experimental fusion of art and science.

We also know that connections to science can help foster interest in it. After all, last spring, citizens in cities across Canada marched in support of science, a call to action against the U.S. administration’s funding cuts to, and outright muzzling of, public scientific agencies. It was an encouraging expression that Canadians are fearful that the backlash against science and science-based policy that has taken over the United States may seep across the border, and were willing to take to the streets in support of science. It suggests that although the public doesn’t always understand science, it is aware of its relevance, and when people are connected to it, they’re willing to fight for it. Scientists need to keep this conversation going: By keeping that connection alive, we can begin to break down some of the fears, complexities and stereotypes that have made science inaccessible for many people.

By building more connections, the spirit of scientific inquiry can be as intuitive for adults as it is for. Ultimately, I want Ontario’s outstanding science community to be respected and admired by all and to be open and welcoming to everyone from all the cultural backgrounds that make up this great province.