How to save Doug Ford’s government

Andrew MacDougall: There is no Ford Nation, and Ontario's Progressive Conservatives need to stop trying to manufacture one 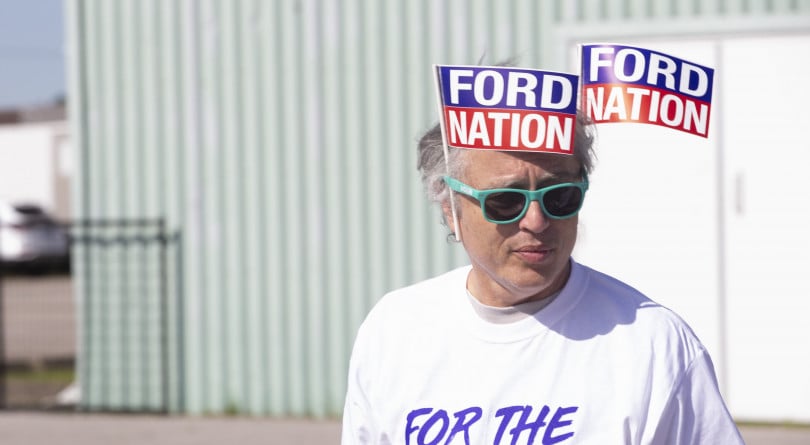 What the hell is going on at Queen’s Park? Pardon my French, but the question needs to be asked.

One year into a majority mandate and Doug Ford is already blowing up his cabinet? To be fair, dropping below Kathleen Wynne levels of popularity—after one year in power, not 15—will do that to you. Ontario as Ford Nation? Yeah, not so much.

Part of the problem with the idea of Ford Nation is that it always presumed the presence of a nation, rather than a much smaller subset of individuals who prefer their politics served simple. One year in, it’s safe to say there is no such thing as Ford Nation, or at least not one big enough to command reelection. Ontario’s Progressive Conservatives are going to have to learn how to govern beyond the buck-a-beer crowd.

And while the resignation of hard-charging Ford Chief of Staff Dean French (ostensibly for a pair of bonkers patronage appointments) might help on that front, things will only truly get better when the Premier’s Office realizes the true talent of this government lies outside its four walls. There can be no more command and control from a now-hollowed centre.

Successful politics does require esprit de corps, but it’s usually curated, not enforced. If the people believe in their leader they’ll go through the required walls for them. But they won’t do it when they don’t, which probably explains why so many veteran hands have already left what should be a winning environment at Queen’s Park for either the private sector or the opposition benches in Ottawa.

Changing the ministry doesn’t tackle that problem. Even changing most of it. Nor does blaming the media, as Ford did when announcing the shuffle. It’s a myth that good communications can outrun a bad or politically unpopular policy. Good spinning neutralizes, at best. But look at the collection of exploded Ford landmines in Year One: autism funding; the squabble over sex education; throwing the Toronto municipal elections into flux; kitting out a van for the Premier at the cost of tens of thousands of dollars; and picking a close family friend as OPP Commissioner. Yes, there is such a thing as lipstick, but that is a mountain of pig.

The obdurateness of the PC approach is a mystery. By most accounts, Ford isn’t that dogmatic or even bothered about policy. He’s just the front man. And perhaps that’s the problem. There is nothing—no big idea or tough win—the collection of PC members and staffers at Queen’s Park attribute to Doug Ford. The former Toronto councillor walked into a Patrick Brown-sized shaped void and inherited the primary alternative after 15 years of government by the other guys.

Indeed, one did. And so enter Dean French, a.k.a. the hard man of Ford Nation.

Knowing anyone could have walked the election over the line, French’s in-government zeal felt like a form of projection, an attempt to reverse Bannon-ize a movement and a moment that would have come no matter whom was leading the PC charge. Only the natives—to say nothing of the voters—aren’t buying it.

The recent shuffle is the attempt to switch things up. But if Ford wants to live on he’s going to have to rein in his office and rely more on the ministerial team. And while some ministers have unquestionably been duds, a lot of the wonky decision-making is coming straight out of Ford’s office, as evidenced by the questionable and lucrative shuffle-day appointments of French’s family friends to high places. A big change in the Premier’s Office was past due.

Rabid Ford-centrism might be the original sin of this Progressive Conservative government, but it needn’t be a terminal one. There is still time for humility. Making it about someone other than the big man at the top of the pyramid is the key to reversing the PC slide.