How white guilt and white atonement strips BIPOC of their agency

Rav Arora: Attributing white privilege to an entire group of people is ethically wrong. It strips human beings of their individualism, in favour of viewing them based on the amount of melanin in their skin. 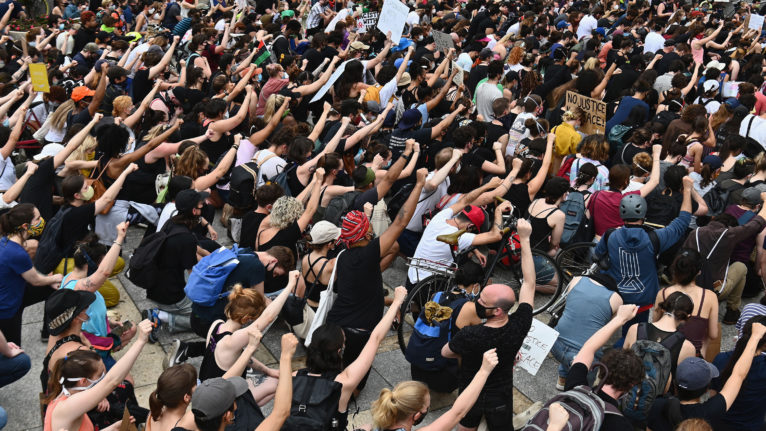 Rav Arora is a freelance writer and student at the University of the Fraser Valley in B.C., where he studies journalism, psychology and criminology.

In 2004, when I was three, my family moved from India to Vancouver. As a young, turban-wearing immigrant living within a white majority, I was the target of bullying throughout elementary school.

Most of the bullying happened on school bus rides, where I was relentlessly teased by a group of older white kids who saw my turban as a cosmetic oddity. Some of the boys used to jump up and slap the knot at the top of my turban (my “joora”), while the others laughed.

Given the racism and trauma I experienced, it would be understandable for me to adapt a Pavlovian response to white people—associating whiteness with privilege.

After the death of George Floyd rekindled attention on race relations across the globe, the notion of “white privilege” has dominated the mainstream discourse on race relations. The basic premise is that all white people carry an unearned privilege in society that has serious societal ramifications. But attributing white privilege to an entire group of people is ethically wrong. It strips human beings of their individualism, in favour of viewing them based on the amount of melanin in their skin, effectively painting each person from a particular ethnic lineage with one broad brush.

It is foolish to claim that negative stereotypes about Black people, Asians, Jews and other minority groups don’t exist. They do. But the solution to this problem isn’t to reciprocate stereotypes about white people. The solution is to diminish the degrading reach of racial bigotry. And this solution should not include the new-found notion of “white saviourism,” defined as white people having to atone for their whiteness in some way in order to help minorities, who are otherwise trapped in a system of white supremacy and institutionalized racism.

This perception also hurts minorities, stripping them of their agency and labelling them with the face of racial victimhood. Minorities are no longer the agents of their own destiny, but contingent on the white man to save and restore their humanity.

Recently, several videos of white protesters bowing ritualistically before Black people and atoning for their sin of being white have circulated on social media. The footage also shows white people washing the feet of Black activists, as well as white protesters raising their hands while cultishly chanting anti-white mantras.

This performative white guilt sends a strong message of powerlessness to minorities, and in turn a perverse sense of superiority to whites. Esteemed Black economist and Brown University professor Glenn Loury expressed this concern at a 2019 panel event focused on barriers to Black progress. When he was challenged with the notion that white people’s racist attitudes needed to be resolved before Black people could address disadvantageous circumstances , he remarked, “You just made white people, the ones who we say are the implacable, racist, indifferent, don’t-care oppressors, into the sole agents of your own delivery.”

RELATED: ‘We have nothing to lose but our chains’: Desmond Cole’s conversation with four Black Canadians

I have personally experienced the reductive epistemology of white privilege. On multiple occasions, white friends have tried to educate me about how society favours white people and systematically oppresses people of colour like me.

Such a position is absurd, given a 2019 Statistics Canada study titled “Intergenerational education mobility and labour market outcomes: Variation among the second generation of immigrants in Canada,” which found that second-generation South Asians earn higher incomes, represent a higher percentage of workers in high-skill occupations and have higher rates of post-secondary education compared to whites. Chinese, Filipinos, Arabs, Japanese, Koreans and other minority groups in Canada find similar success. Whatever societal disadvantage the melanin in my skin has conferred upon people who look like me remains deeply futile.

The West has a long history of racial stereotyping and marginalizing certain ethnic groups. Throughout the 20th century, Indigenous people were viewed and depicted as “alcoholics,” “lazy,” “wild” and “thuggish.” These stereotypes perpetuated dehumanizing policies such as residential schools, which white-washed Indigenous culture. Other groups, such as eastern Europeans, Slavic immigrants and Jews, were also deemed inferior and suffered systemic racism.

In the U.S., Black men have been caricatured as “criminal and dangerous” because of disproportionate rates of violent crime in the ’70s and ’80s. Many of these toxic stereotypes persist today, but we recognize they are wrong. We must treat Black people, Indigenous people, Asians and Jews as individuals. Yet white people seem to be exempt from this logic, since they all have white privilege.

Sure, informing a white person that they are privileged doesn’t have the same discriminatory sting as telling an Indian man that he should go back to his own country. But these pernicious stereotypes exist on a spectrum of racial essentialism that divides people along trivial and immutable lines of race. This framework creates an “us vs. them” or “oppressed vs. oppressor” dynamic, which causes division rather than unity.

Perhaps ironically, both progressive anti-racists and white supremacists fail to see people who look like me as equal to whites. Both groups have radically different intentions and beliefs, but equally take us a step backwards when it comes to race relations. As a society we have collectively condemned the evils of racism and white supremacy (even though both still exist), but until we reject racial stereotypes across the board, our society will always be fragmented by race.

This article appears in print in the September 2020 issue of Maclean’s magazine with the headline, “White privilege?” Subscribe to the monthly print magazine here.