How you're raised may affect whether you ask for a raise

Opinion: Salary negotiation is a game of language, which studies say is socialized early, along gender lines—putting women at a disadvantage 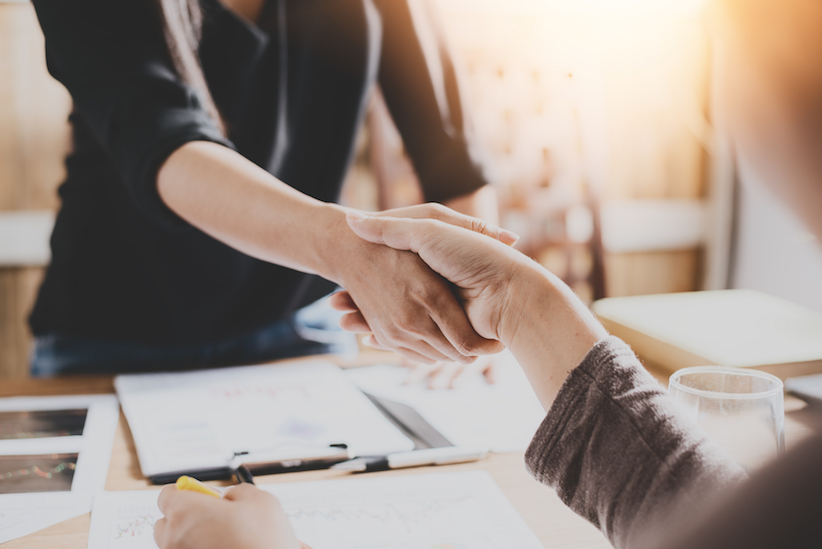 For decades, women have been empowered to lean in, speak up, and negotiate for what they want. Strong negotiation skills are touted as key to building a successful career in today’s business environment. More than just asking for a higher salary during the hiring process, these skills are paramount to achieving desired long- and short-term career goals.

But for many women, a conversation about money is often experienced as a conflict in which she has only two choices: gratefully accept what is being offered, or politely walk away. As Toronto-based entrepreneur Ksenia Sapunkova, the principal designer at accessory brand Saint Ksenia, puts it: “Everyone is entitled to set their fair price. If you don’t like it, you can walk away.” She sees the process as a “conflict,” and works to avoid it with clients and vendors; “I don’t like to argue,” she says. “It’s not feminine.”

That kind of mindset is reflective of the most common approach for women to take, according to a 2016 survey by Glassdoor of more than 500,000 salaries in the United States: Sixty-eight per cent of women avoided the conflict and declined to negotiate their salary or role with their last employment offer. That’s 16 percentage points more than the 52 per cent of men who also avoided the ask.

This type of opting-out results in women not attaining the full potential of the offers they are presented with by potential employers. In Canada, women are still paid just 74 cents for every dollar men make, according to a 2016 report from Statistics Canada. And that is just white women; the numbers are even more grim for women of colour and Indigenous women. Reversing this trend is “the key to closing the pay and value gap in the workplace,” writes Carol Sankar, the founder of The Confidence Factor For Women, in a piece for Forbes. Yet today, men still outperform women in negotiating their careers across the board.

But it’s not always a gender bias on the part of decision makers that blocks the road ahead. Research suggests that the reason women see asking for a raise as a conflict stems from how girls are socialized differently from boys—a difference that brings unexpected disadvantages into later professional life.

“Negotiation is a language game,” says Dr. Alex Russell, a Toronto-based clinical psychologist known for his expertise in children’s emotional development. Because “negotiation is about influencing people on a micro level,” explains Russell, how we negotiate in the workplace as adults is based on our experiences with influencing our peers of the same gender in childhood.

Language games emerge as children develop theory of mind, an ongoing mental process that involves understanding another person’s knowledge, beliefs, emotions, and intentions and using that understanding to navigate social situations. These games are how we all communicate; we look for modes to employ in a given situation—like a teacher going into a mode of lecturing when asked a question, even outside of the classroom—until we find an appropriate mode for the given social situation. They shape all of our conversations daily, and in turn, the conversations further expand our approach to interacting with others. “You give people enough information to pick out a reference, because you’ve assessed what they know about the world,” says Russell. “We pick up what the other person is putting down—not just the content, [but] the shape of the language game itself.”

WATCH: Hadiya Roderique on the gender pay gap from the law firm to academia

Girls develop the theory of mind much faster in preschool years, according to the 2013 article “Age and gender dependent development of Theory of Mind in 6- to 8-years old children” in Frontiers in Human Neuroscience. Perhaps it is this awareness of the expectation and desire to belong that creates the social pressure for girls to be “nice”—sitting still in class, and being polite and rule-abiding. The challenge with this type of socialization is that it leads to “girls [who] are raised to be risk-averse,” said Waverly Deutsch, a clinical professor in entrepreneurship at the University of Chicago Booth School of Business, in a 2016 panel talk. Boys, meanwhile, don’t have to face these expectations as much, and when they roughhouse and get called out by peers and authority figures, it has the “benefit of teaching them resilience and letting negative feedback roll off their back,” write journalists Katty Kay and Claire Shipman in The Confidence Code: The Art and Science of Self-Assurance.

Deborah Tannen, an American academic and professor of linguistics at Georgetown University in Washington, D.C., supported this view in a recent interview for a Harvard Business Review podcast: “I trace the way men and women tend to speak at work … [to what] girls and boys learn as kids playing in same sex groups.” Tannen, who’s been speaking on this topic since early 1990s, goes on to explain that leadership in different gender groups is established by rather opposite means—that while girls “downplay their authority” to avoid alienating themselves inside the group, boys will “talk up what they are good at” to retain a leadership position in the group. “Girls tend to learn conversational rituals that focus on the rapport dimension of relationships whereas boys tend to learn rituals that focus on the status dimension,” she wrote in a 1995 essay. And the way people communicate matters, she writes. “We associate ways of speaking with moral qualities: The way we speak is who we are and who we want to be.”

The language habits developed in childhood come through when employers interview female candidates. Though the hiring managers are “used to negotiating and don’t see any issue with tailoring the package to best fit the new employee,” says Jane Watson, a human-resources professional in Toronto, “women take the viewpoint that they are being a nuisance” by deploying language and a tone that is apologetic, with “way out” phrases such as “I totally understand if you can’t” tacked on to the end. Meanwhile, she says, their male counterparts usually state what they are looking for and treat the ask as nothing personal, a “collaborative discussion to reach some kind of mutual agreement.”

Some managers are trying to help women fare better in the current business environment by reforming the typical rules of the negotiation game. There has been a strong move toward removing gendered language from job posts, and having a range of people on interview panels “so [potential employees] can see themselves in the company,” says Watson. New tools like Unbiasify, a browser extension for Chrome that removes names from resumes, offer a hope for objectivity for the often vague hiring process.

But these don’t address the core issue of language games: that negotiations and the frames around them are taught in childhood. This matters: as Tannen writes, “we associate ways of speaking with moral qualities: The way we speak is who we are and who we want to be.”

The good news is that identifying these systemic issues means that negotiating better deals is something women can be better at. The solution is to acknowledge that this is a matter of language, not of ability, and that all our language games need frequent updates to stay current. There have been great strides for equality in the hiring process, but none of them address the reality that everything comes down to choices about language that showcase achievements and negotiate a higher wage, or diminish the speaker with way-out tics.

In a way, this puts the onus on women, and that is not the answer. But if women become more aware of the way they’ve been socialized to communicate, it does mean there’s hope for personal change. The conflict-averse Sapunkova, for instance, realized she was letting people push her around, so she decided to do something about it. “I believe the only way to have change is to make it in yourself,” she says.