'I regard Harper's interventions over NAFTA to be entirely improper and inappropriate' - Macleans.ca 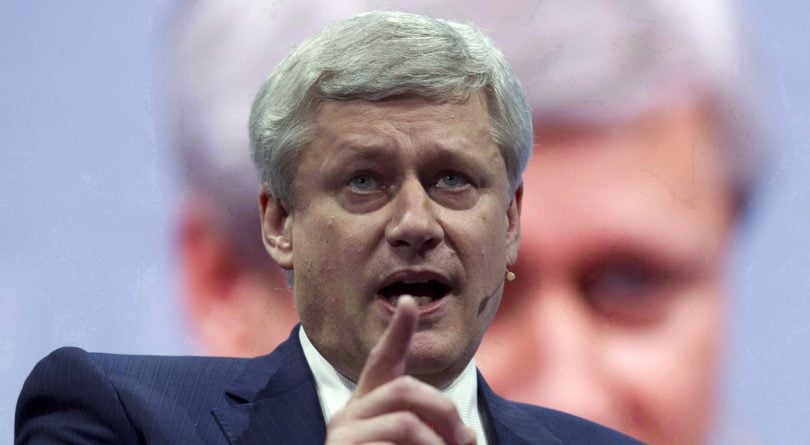 How ‘hot’ is Stephen Harper? 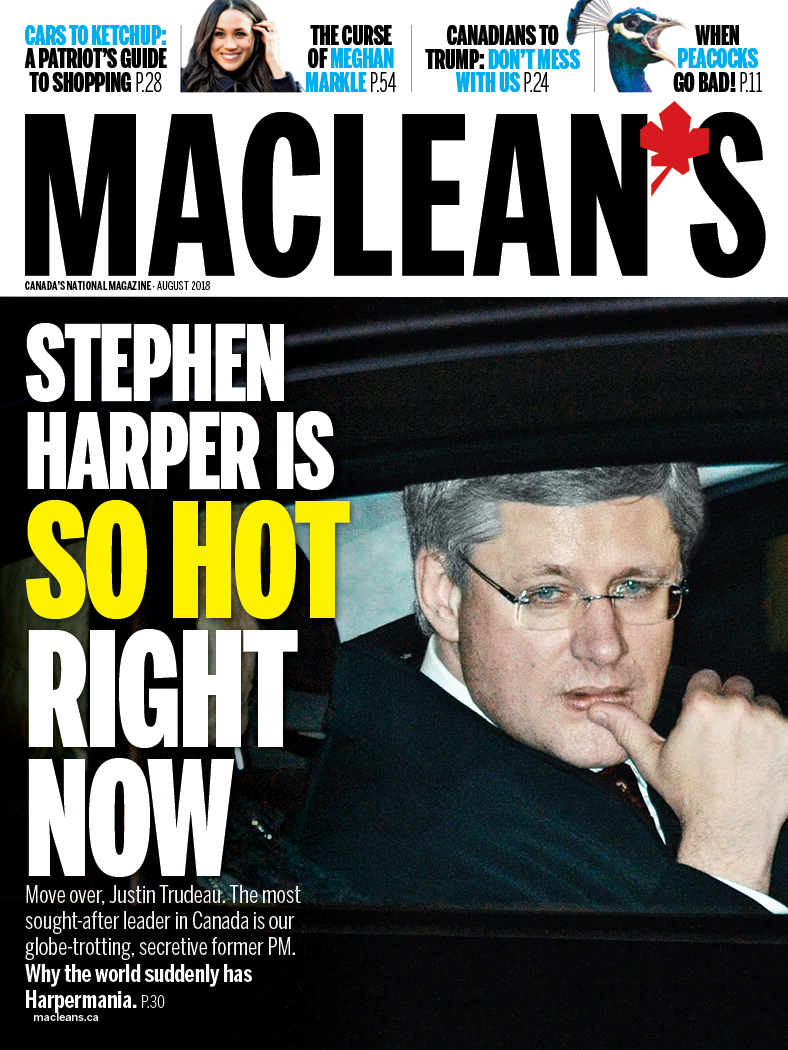 Dear Maclean’s: We need to talk. Specifically about the definition of the word “hot” (“Harper rising,” Politics, August 2018).

It was a delight to read this portrayal of Stephen Harper. I always felt he had a good head on his shoulders and made sensible, economically sound decisions on behalf of this wonderful country. On a personal level, I remember him taking his son to school and shaking hands with him, probably so as not to embarrass him with a hug, and how the media ridiculed him. He said at one point his wish was to be a good father. He was not out to win a popularity contest, strut his stuff or patronize. No, he wasn’t perfect. He could have met with the premiers more and maybe showed us his warmer side. But he respected other leaders, showed restraint when others would not and kept his own counsel. I do not vote for a party per se, but look to the qualities of the leader and the substance of the party. I go for the steady, thoughtful and level-headed. I am sure that Americans wish they had such a leader.
—Nesta Yeo, Little Harbour, N.S.

OMG, Stephen Harper is “hot”? Like, what are you, 12 or something? I realize you guys have been in a funk since the Liberals won the election; is it some sort of therapy to declare your guy “so hot”?
—Ken Lancaster, Rockwood, Ont.

As a matter of decency, the former prime minister should stay out of active politics. He may well have his opinions, and he may well seek to express them in tangential ways, but he should never seek to confront the current Prime Minister as he is now doing. I hold no brief for Trudeau, but I regard Harper’s interventions over NAFTA to be entirely improper and inappropriate.
—James Hiller, St. John’s

Stevie: I’ve had second thoughts about a comeback. I think it’s a good idea. Here’s why: It’ll be less painful if Canadians get to the next extinction as quickly as possible. If we’re going to extinguish ourselves, let’s do it with a guy who knows how. You’re a proven leader who could take us there fast and efficiently. This is your moment, the one you’ve worked so hard for—you’ve stood up against the scientists, the so-called experts, the lefties and the naysayers and stayed the course. You’re stubborn, you hate science, you understand 20th-century economic models (which have placed us in these death throes) and, if I might say, you’re a determined man who can force things to happen. But here are some considerations: 1) First, drop the “Stephen.” It reminds me of a schoolboy in short pants. Canadians aren’t going to want to be led to their final days by a schoolboy. Try Steve or Stevie (you know which I prefer). 2) No one can ramp up carbon emissions like you, so ratchet up the fossil-fuel industries. Just because Liberals spent $4.5 billion to buy a crappy pipeline company doesn’t mean you can’t outdo them. Also, up the subsidies to oil corporations. That’ll make the economy boom and get us to the apocalypse sooner. 3) Clear-cut what remains of the boreal forest. Lumber companies will make a pile, which will also boost the economy and let Canadians go out with a bang, money-wise. 4) Avoid that Ford guy. My friends tell me he’s not the sharpest tool in the shed (I don’t think he’s even in the shed). His “booming economy” nonsense will help speed things along, but you’ll be able to take credit for it. 5) Finally, try to be warmer. Canadians are going to want to go to the great tar sands in the sky with a pal, not some austere a–hole who looks like he doesn’t care. Cheers and good luck.
—Barry Healey, Toronto

In reading Jason Markusoff’s article, I noticed that the timeline of Harper’s activities was missing his appearance at Sheldon Adelson’s Las Vegas Republican fundraiser in early April of 2016. The timeline conveniently starts in July with his Jason Kenney endorsement. A quick Google search shows that Maclean’s magazine also failed to report on the earlier event at the time. Most disappointing in this age of fake news. Not quite fake, but not quite complete either.
—Michael A. Erison, Mississauga, Ont.

Maclean’s should let sleeping dogs lie. Harper has done enough damage, and we sure as hell don’t need him meddling in Canada-U.S. relations. As for Harper, he should not only fade away, but stay faded away!
—Milan Stolarik, Ottawa

I am not sure putting Stephen Harper on your cover saying he is “hot” is such a good way to attract readers. I am a subscriber and I listened to my first instinct, which was to toss the issue in the garbage immediately.
—François Dionne, Toronto

Please, enough (“Harper rising,” Politics, August 2018)! Why on Earth does Maclean’s have Stephen Harper on the cover and a multi-page article about a past PM who drove Canada back into the dark ages and whose legacy is disasters like the Phoenix pay system, the muffling of scientists, inaction on climate change, and mean-spirited treatment of refugees, among many other things. We have so much that’s positive happening in our wonderful country since the Conservatives were voted out, so why can’t your magazine do some articles celebrating positive change (the brief article about Jane Philpott, for example) rather than dredge up the lifeline of a prime minister who did more harm than good during his time in office.
—Dianne Powell, Wentworth, N.S.

I must begin this letter with stating that I enjoy reading Maclean’s in general. I thank you for producing a magazine with a Canadian perspective. But I was again surprised that Maclean’s placed Harper on the cover again. It took a while, but Canada finally woke up and rid itself of that dark cloud happily. I thank you, however for exposing this snake in the grass who is at it again, sneaking in back doors of high offices around the world from Washington to the other dark powers, peddling his influence and support for any far-right organization. Harper has done very well for himself and now he should just go away and give us freedom from his tyranny, which we endured for 10 years. We thought he had faded out quietly, but thank you for warning us that it was a wish.
—Aldo Mazza, Montreal