If #TimesUp in Canadian politics, what must we do to make real change? 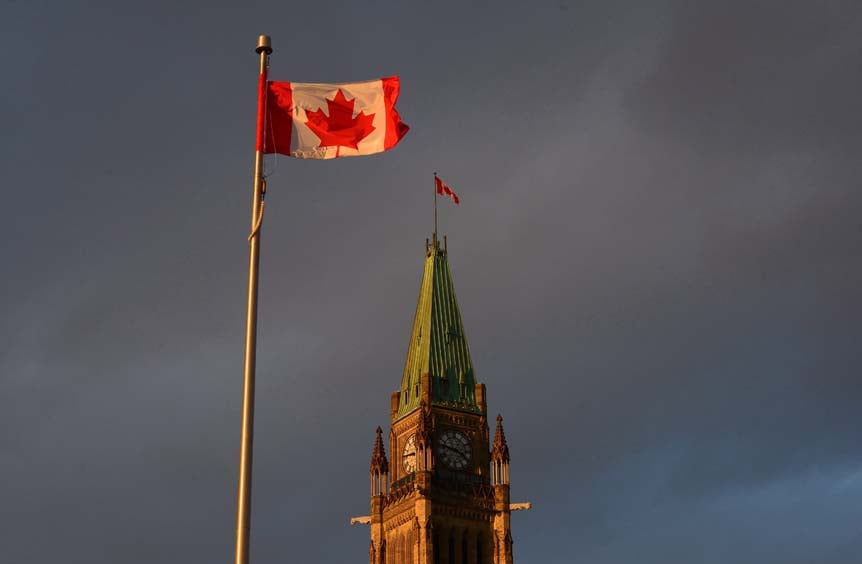 The Peace Tower is cast in afternoon light on Parliament Hill in Ottawa on Wednesday, Dec 14, 2016. (Sean Kilpatrick/CP)

Amy Robichaud is a Vancouver-based inclusive advancement consultant, the chair of the BC Women’s Liberal Commission, a former nomination candidate, and the 2009 winner of CBC’s Canada’s Next Great Prime Minister.

For centuries, humans believed that mercury was the cure for everything. When we realized it was actually killing people, we didn’t just stop using it in medicine—we did the work to advance the science and come up with appropriate treatments. It isn’t enough to stop doing something: you have to replace the bad practice with better ones.

The political systems that protect men who harass women aren’t broken: they were built that way, deliberately. Now that we know better—now that #TimesUp—these systems need to be changed.

So what’s next? What do we change, and how to we get better?

When possible, I prefer systematic solutions. I can’t think of a bigger—or worse—system than partisan politics’ gendered power-playing, which allows men to sexually harass and assault women with impunity.

As someone who has chosen partisan politics as their arena to effect change, I have variations of the same stories and experiences that other women in politics have already shared, shouted, tweeted, revealed, whispered and cried. I am grateful for and humbled by the bravery of women who have come forward, of all political stripes. I want these women to be given medals of bravery, postage stamps in their honour, and free counselling for however long they want it.

What I don’t want is their voices and agency facilitated by a nebulous cultural shift, but instead by an underpinning of action, hard policy, and systems that won’t be forgotten when public attention inevitably changes focus.

READ MORE: Courts don’t have a monopoly on justice

#MeToo and #TimesUp are examples of cultural shifts that need to be translated from social media and embedded in our institutions and policies. Otherwise, they lose that longevity, that profound effect that we are all hoping for. We need legislation and the structures of our political system—workplace policies, party constitutions, parliamentary rules—to protect and elevate the voices and agency of women.

Women navigate politics through a combination of luck, whispered cautions among friends and sisters, sheer determination and unrelenting resilience—all this traversing to simply rise above casual objectification and inappropriate interactions with men. But despite the delicate dance, little can be done to tamp down the constant fear of ending up in the wrong place at the wrong time. With one misstep, it can all be over.

So, for those men who have worked with me and are now reading this with the realization they’ve called me “girl” in a senior-level meeting, or kissed my cheek or squeezed my sides in professional greeting, or grabbed my hand with a wink at a social event, or suggestively compared our working relationship to that of a will-they-won’t-they romantic TV couple—don’t worry. This isn’t an exercise in naming and shaming. This is an exercise in agency and system-building.

I’m using my agency in the form of a political wish list for systemic change.

I want a political system and leaders who acknowledge that women will never hold equal space in political organizations and elected bodies until those places are safe for them.

I want an explicit understanding that women’s leadership and women’s safety are inextricably linked. Several theories in developmental psychology support the idea that physical safety is fundamental to social success, and as long as women have to spend precious intellectual and physical capital navigating around grabby hands and unwelcome propositions, it is going to be harder to step into our own leadership.

I want this government and those who hold it to account to come together and enable each political party registered under the Elections Act to create, implement and evaluate preventative, educational, mitigation, reporting and resolution programs that address sexual harassment within their organization. Political fundraising should be the backbone of income and capacity for political parties, but some things—like rigorous protection and resolution against assault and abuse—should be a public good, not a political one. There should be no room for a political party to claim they have the will, but not the resources, to build a better system.

I want the Elections Act and any other enabling legislation to be amended to make the effective implementation of such programs a condition of registration and continuing status as an official political party. This will be a radical change to how we govern political parties federally, but it is the kind of systemic change we need to look at. If the purpose of a political party is to endorse candidates, do we not have an onus to ensure that those activities are undertaken in a way that’s free from violence?

I want anti-harassment policies that cover both the staff and volunteers of political parties to be published and accessible for anyone who engages with them. The Liberal Party has a workplace safety policy available online if one already knows where to look, but isn’t outwardly accessible or publicized. The Green Party has a code of conduct that generally calls out harassing behaviour as wrong, which is easily accessible on their website, but refers to a resolution process that is nebulous at best. I’m told that the NDP collective agreement protects both staff and volunteers in terms of sexual harassment, but this is also not accessible or publicized. It is unclear if the Conservative Party has a policy, but if it does I can’t find it and the dozens of party members I’ve spoken to haven’t seen it.

I want anti-sexual harassment policies and practices to use something greater than legal compliance as the benchmark for success. It isn’t enough to simply cover your organization against legal liability—policies and practices need to hold our political aspirants, leaders, and organizers to a higher level. Not simply because it is the right thing to do, but because robust policies and protections attract more women to politics and keep them in the game.

I want to work across party lines to determine what that benchmark should be—and how to get there. The toxic environment created for women by the existing political systems and culture cannot be solved by, or blamed on, one party. The very nature of patriarchy is universal; we are all living under it and we all make daily compromises to survive it. The only way to fix this is to work together to transform the system that we operate in. There isn’t a traditional partisan “win” in this work, but there sure are consequences for inaction.

I believe in partisan politics and I believe in the ability of women and men to change our arena for the better. I’m working for systematic change—with specific and measurable goals.

FILED UNDER: Editor's Picks Me too Opinion sexual harassment